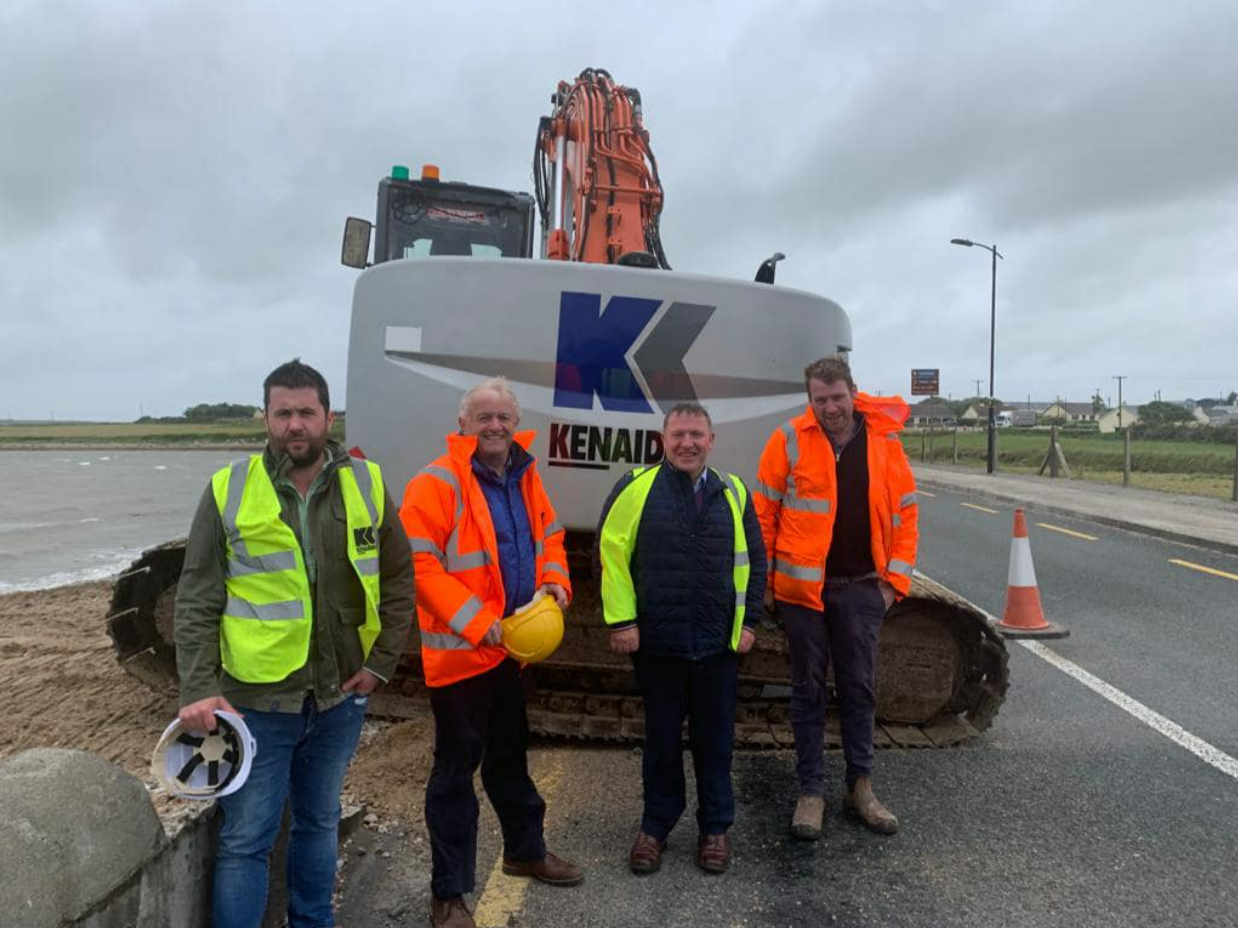 Work has gotten underway this week on a long awaited sea wall in Erris.

There had been concerns expressed by Erris-based councillors that there would be further delays to the start date of construction, but work began on Monday morning (yesterday).

“We all need to be mindful of the works and obey the traffic management to ensure the workers and everyone else too will be kept safe during the works,” Cllr Coyle wrote.