Some significant changes are currently being considered by the GAA as they aim to tidy up matchday presentation following the scenes on show at the end of normal time in the Galway-Armagh game, according to The Irish Examiner.

The GAA’s Central Competitions Control Committee (CCCC) are expected to examine the melee when they meet later today.

After a coming together of players from both counties, the television cameras picked up Armagh’s Tiernan Kelly who had his hand on the face of Galway opponent Damien Comer. Kelly was not actually on the Armagh matchday panel, having discovered he had a blood clot in May and was ruled out of the rest of the inter-county season.

That he became embroiled in the melee afterwards is cause enough for GAA officials to seriously consider cutting back the privileges of extended panel members. That may mean restricting them from accessing the dressing rooms on the day, being able to sit among the substitutes, or even insisting on a smaller number of people attached to the matchday squad and management, in time for the 2023 season.

The early indications for what could transpire this week include Galway captain Seán Kelly being cleared of his red card and thereby able to face Derry in the All-Ireland semi-final on July 9. 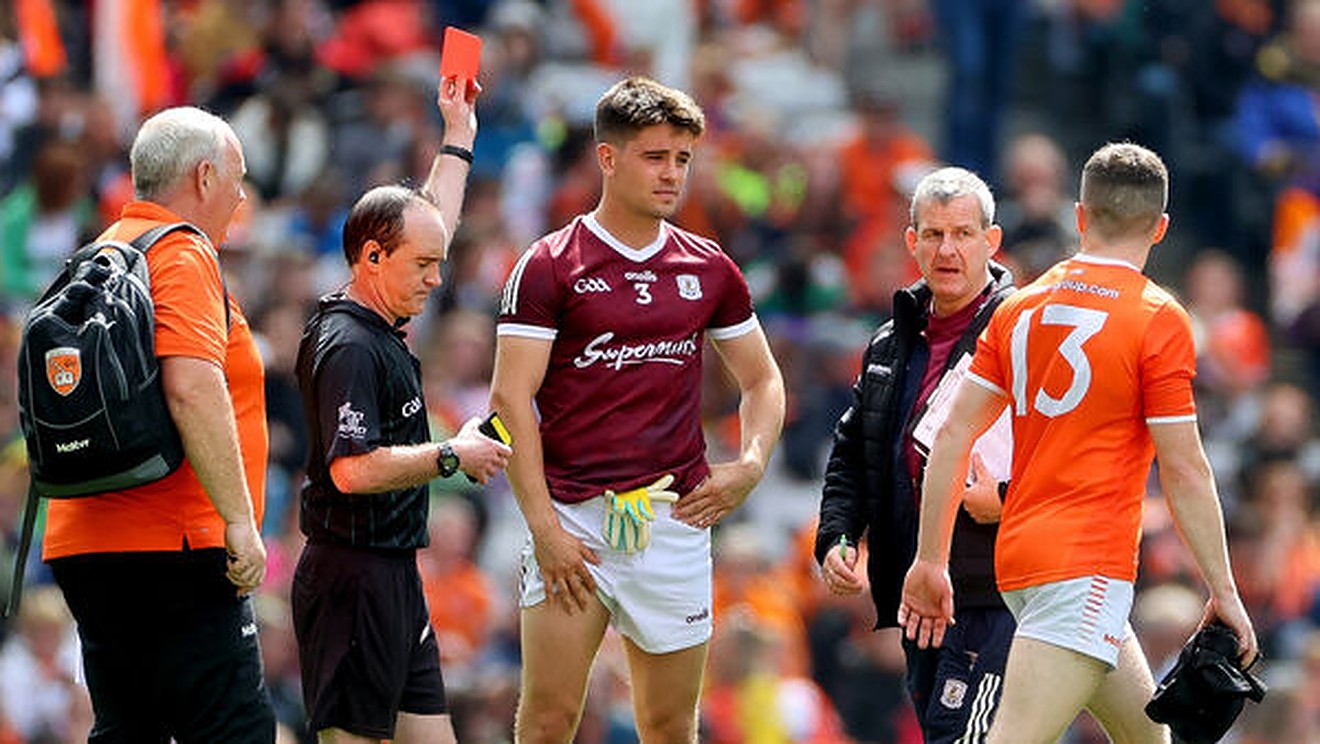 Armagh joint-captain Aidan Nugent also received a red card that could rule him out of the first game at inter-county level in 2023, but it is believed he has a solid case for overturning that suspension.

Video evidence however is expected to land Tiernan Kelly and one other Armagh player with a suspension, along with a Galway substitute.

What length of suspension and the extent of the punishment depends on the type of charge brought.

If it is one of ‘discrediting the association’, it is difficult to make the charge stand, but can carry as much as a 48-week ban.

That Kelly was a non-playing member puts a certain amount of pressure on those dealing with it to hand down a severe sanction.