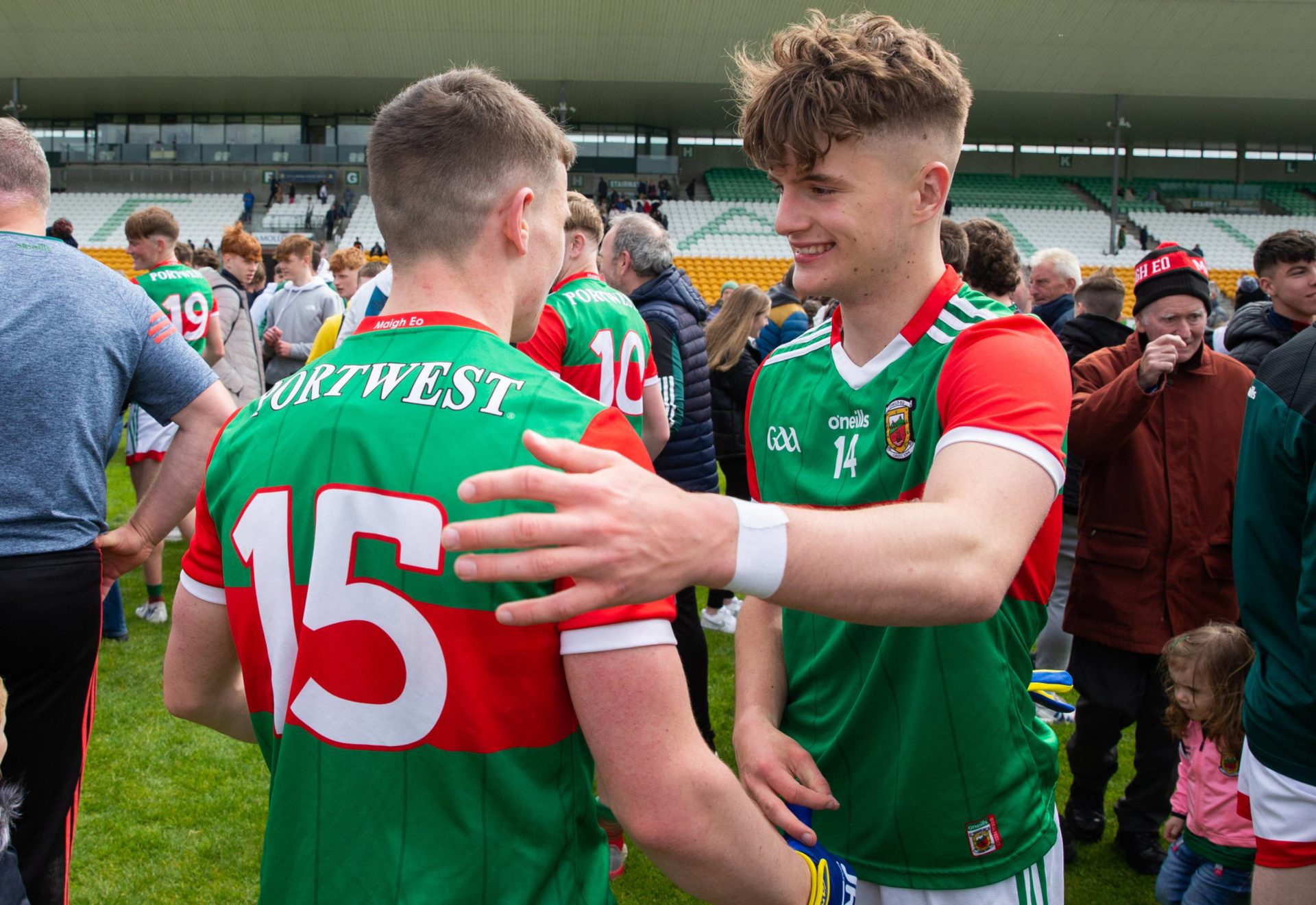 The Mayo minors will go in pursuit of a place in the All-Ireland minor final for the first time since they last lifted the trophy in 2013 – and the first time ever since the grade moved from under-18 to under-17 – as they go up against Kerry in Tullamore this Saturday afternoon. The game forms the second part of a double-header at O’Connor Park and will be preceded by the clash of Galway and Derry in the other semi-final, which means the prospect of Mayo and Galway meeting for a third time this summer, in an All-Ireland final on July 9, remains very much alive.

Mayo come into the semi-final having won six games out of six so far in this campaign. After wins over Leitrim, Roscommon and Sligo in the opening rounds of the Connacht championship, they hammered Galway in Tuam to seal their place in the final and overcame the Tribesmen again in the decider in Castlebar to claim a first provincial title since 2019.

They backed that up with a convincing win over Kildare last Sunday week, a high-scoring 3-18 to 3-12 Mayo victory in a game which was also played in Tullamore. Sean Deane’s charges have barely put a foot wrong en-route to the last four and they will rightly go into this game against Kerry as favourites to progress.

(The Munster minor football championship, as an aside, is a peculiar competition which essentially asks the other four counties in the province to play out their own version of a round-robin to earn the right to lose to Cork or Kerry, who are both given byes to the semi-final stage.)

Kerry managed to shake off that bruising defeat to Cork by winning a low-scoring All-Ireland quarter-final against Tyrone by 0-8 to 1-4. Kerry are managed by James Costello and are particularly strong around the middle, where Eddie Healy, Evan Boyle and Jack O’Sullivan are all effective ball-winners.

Up front, Darragh O’Connor and Cormac Dillon are very capable scorers – Dillon kicked three points in the quarter-final despite Tyrone’s hyper-defensive approach – while there is also a Clifford for Mayo to contend with: thankfully not of the Fossa variety, although Jack, from St Michael’s in Foilmore, is a talented half-forward in his own right.

Sean Deane and his selectors have made very few alterations to their starting side all the way through this campaign and named an unchanged team yesterday (Friday). The Mayo team from numbers 1 to 9 has been identical in all six matches to date. David Dolan is a powerful presence in goal with the ability to kick accurately from long-range dead-balls, while the full-back line of Rio Mortimer, Lorcan Silke and John MacMonagle (who should really be in the running for Minor Footballer of the Year) have been excellent, although the three goals scored by Kildare in the quarter-final would suggest room for improvement remains.

Paul Gilmore and Liam Maloney are quick, attack-minded wing-backs either side of Colm McHale, who will hold down the fort from a defensive perspective at centre-back. Jack Keane and Luke Feeney have developed a great relationship at midfield, although the performances of the likes of Dylan Gallagher and Oliver Armstrong off the bench in recent games should be keeping the two incumbent midfielders on their toes this week; Armstrong had a remarkable cameo against Kildare, kicking four great points from play after coming on for Keane early in the second half. 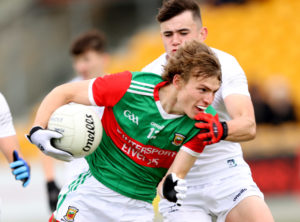 The one area of the field in which there has been some flux for Mayo is the half-forward line, but it seems as if Deane has alighted on his preferred line-up in the last couple of games.

James Maheady is able to get more involved in the play at wing-forward than in his previous role in the corner, Diarmuid Duffy is an archetypal cover-every-blade runner on the other flank and Dara Hurley has emerged from a crowded bunch to make the centre-forward berth his own. His symbiotic relationship with twin brother Niall in the inside line is a major advantage on that front; at times in recent games, you could see Dara delivering balls inside to Niall without even needing to check if his brother had made the run.

Niall Hurley and Ronan Clarke are the two names those unfamiliar with this team will have heard most, and with good reason; they have formed a devastating inside forward pairing on this run to the semi-final. The quarter-final win over Kildare was probably their best performance yet, both as individuals and as a partnership, as they struck for 2-4 and 1-6 respectively.

Both have been terrific but the third member of the inside line, Cathal Keaveney, also deserves credit for his performances as a ball-winner and link-man out around the midfield. His willingness to do a lot of the dirty work creates the space inside for Clarke and Hurley to exploit.

Mayo also have good options off the bench. Alongside Armstrong and Gallagher, the likes of Zac Collins and Sean O’Dowd have both come on and made positive impacts in recent games, while Oisin Cronin, Tom Lydon and the fit-again Conor Kelly and Adam Boukoid will also hope they have forced their thoughts of management this week.

It’s difficult to make any kind of solid prediction – these are 16- and 17-year-old players and the unique environment of an All-Ireland semi-final can affect them in a hundred different ways. What we can say with confidence is that this is probably as good a Mayo minor team as the county has produced since 2013, and that it will take a serious Kerry outfit to deny them a place in the All-Ireland final.