Councillors in the Ballina Municipal District have adopted the Draft Local Biodiversity Plan for the town with some councillors calling for progress at an “easy pace” on the plan. 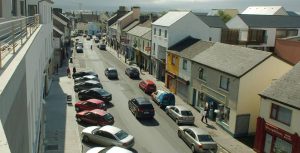 The item came up on the agenda at last week’s meeting of the MD and was presented to councillors by Mayo County Council Heritage Officer Deirdre Cunningham.

“This plan is about making space for nature in the town,” she said. “It will be the framework to allow all to get involved with the promotion of biodiversity and will bring more colour and diversity into the town as a result.”

The plan was welcomed by all councillors and on behalf of the executive, Head of the MD Declan Turnbull welcomed it.

“It is great to have a plan like this for Ballina for the next five years,” he said.

However, a number of councillors called for the Plan to be undertaken in smaller steps such as Cllr John O’Hara.

“We fully support the plan but it is important to take biodiversity at an easy pace everyone can manage.”

Cllr Michael Loftus highlighted the need to maintain the use of pesticides and weedkiller, even if it was on a shorter scale for the immediate future.

“You can’t completely get rid of pesticide. It is a small thing in the grand scheme. If you try to clear the grass in a laneway with a shovel, by the time you clear one side, grass has grown again on the other.”

Other issues raised in relation to the Plan included Cllr Annie May Reape calling for the plan to erect lights on the town bridges to be incorporated into the plan. Cllr Jarlath Munnelly also called for future housing developments in Ballina to incorporate the good habits of the Plan such as planting the appropriate kind of tree for urban settings.

Ms Cunningham said the next step would be to set up an implementation group with representatives from the various stakeholders who would meet four times a year to agree on a work plan.