A by-law that would make it mandatory for dog owners to carry a bag to dispose of their pet’s poo was proposed at Monday’s monthly meeting of Mayo Co Council, writes Trevor Quinn. 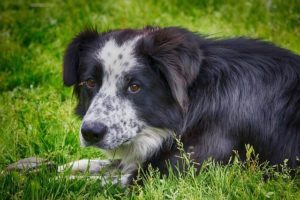 Cllr Jarlath Munnelly suggested the idea after a constituent came forward to him and told the Fine Gael representative he felt it could make a positive difference. The proposal was seconded by Cllr Peter Flynn and will now be referred for consideration to the local authority’s Environment Strategic Policy Committee.

Cllr Munnelly said people’s enjoyment of amenities and public places in Mayo are being ruined by irresponsible dog owners who do not clean up after their pets.

“Nobody in Mayo needs me to tell them how much of a problem this issue has become. Clearly, we need a change of people’s behaviours, to get people to clean up after their dogs.”

Cllr Munnelly’s motion proposes the creation of a by-law that would empower authorised members of the council to request people who are walking their dogs in a public place to carry a bag. Failure to comply would result in a fine, which he believes should be set at a minimum of €500.

Cllr Munnelly’s motion received broad support at the meeting and he stated that the idea might result in more people cleaning up after their dogs.

“I don’t think that this will solve everything, but perhaps by ensuring that people carry a bag, for fear of being fined, more people will then use it to clean up after their dog,” Cllr Munnelly remarked. “This could be enforced by authorised personnel from Mayo County Council, such as litter and dog wardens.”