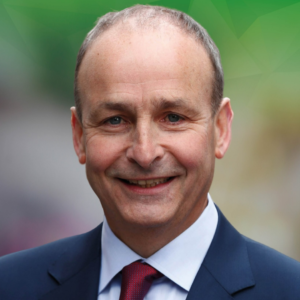 An Taoiseach Micheál Martin is in Castlebar today and will be the special guest as Baxter Healthcare celebrates the 50th anniversary of its establishment in Mayo.

The international pharmaceutical company employs 1,200 people at its plants in Castlebar and Swinford and it has played a significant role in the development of Mayo as a hub for foreign direct investment.

Baxter’s decision to set up a base in Mayo in 1972, taken on the strength of Ireland’s entry into the Common Market and attractive tax incentives, helped to attract other multinationals, including Allergan and Hollister, to invest in Westport and Ballina, respectively.

Doug Scott, who was appointed by Travenol, the former trading name of Baxter, to locate a European base in Mayo 50 years ago, was a guest on Midwest Radio last week and he confirmed that both Allergan and Hollister consulted him before opting to follow in Travenol’s path.

An Taoiseach has been invited to address the golden anniversary celebrations this morning at the Castlebar plant before attending a number of engagements in the county town.

He will meet business leaders, including the president of Castlebar Chamber of Commerce, Bernard Hughes, at The Connaught Telegraph offices on Main Street around noon before visiting the Mayo Mental Health Association’s Mindspace facility and dropping into Cuppa Joes on Market Square for lunch.

Afterwards he is scheduled to visit the Atlantic Technological University Mayo in the town, before being given a short tour of the Lough Lannagh amenity.

He will be accompanied by local Fianna Fáil party representatives, including Senator Lisa Chambers and Councillors Al McDonnell, Blackie Gavin and Martin McLoughlin.