A TG4 documentary show has filmed an episode in the Belmullet and Blacksod area for its second series.

Each episode of Moving West will explore opportunities for living and working across the Western region. It will give an insight into those who have made the move during the pandemic and now find themselves either working remotely or for a company based in the West. 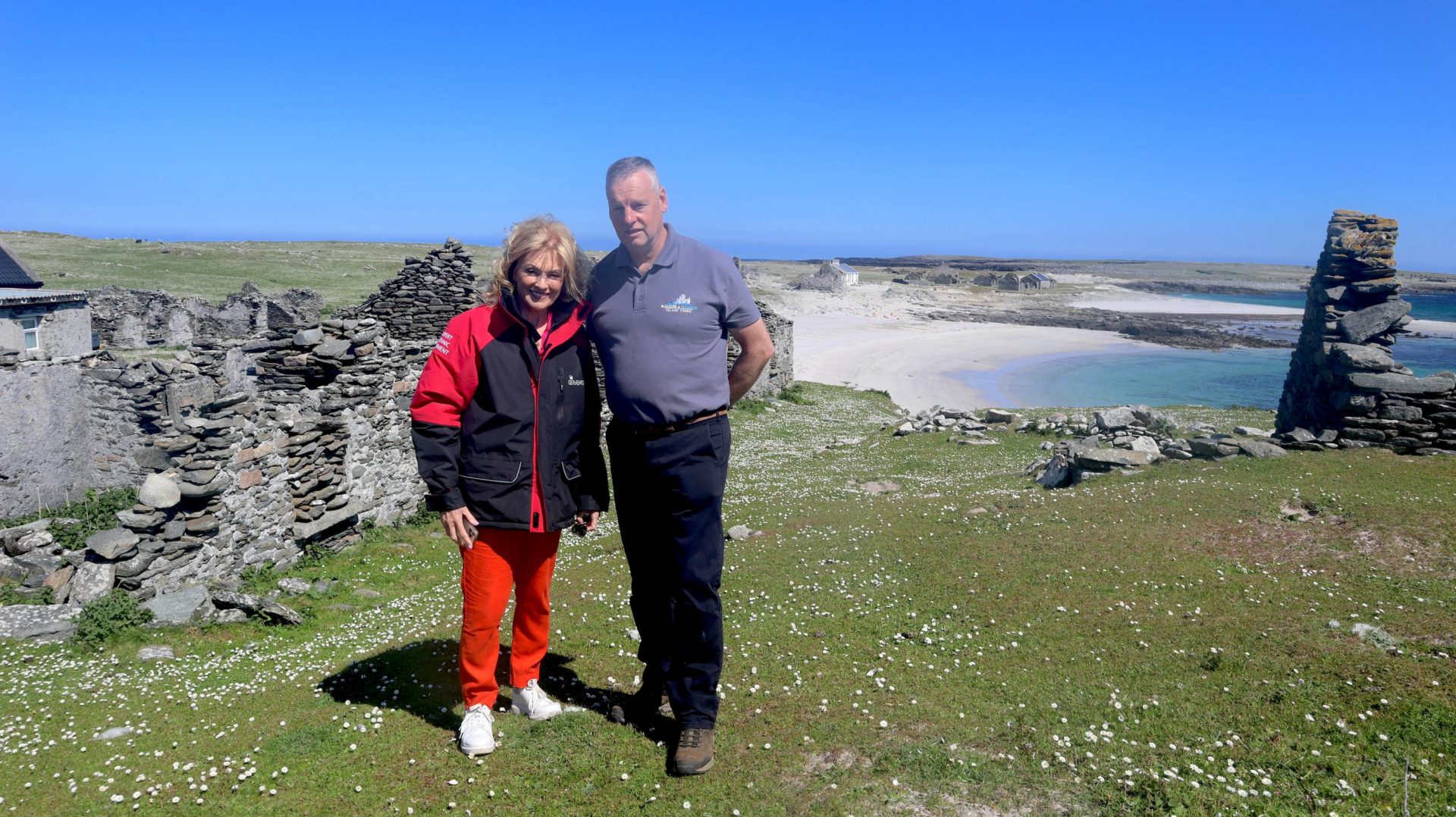 Host of ‘Moving West’ Mary Kennedy with Micheal Keane, who is one of the subjects of an episode of Moving West filmed in Belmullet and Blacksod, on Inishkea Island

Managing director and producer Enda Grace said the crew was delighted to be back for a second series following the success of series one.

The crew filmed in west Mayo last year and now turn their focus to the Erris region.

“We’ve been filming with Micheal Keane who emigrated from Belmullet when he was 16, he spent 30 years travelling the world and then woke up one morning and thought I am going back to Belmullet. He went home, stayed there, and set up a business in Blacksod,” explained Enda.

The show is once again hosted by former Nationwide presenter Mary Kennedy, who said the Erris region’s links to the Irish language are a big part of the show.

“The conversation with Micheal was all as Gaeilge. There are others who don’t have Irish and I think the way forward with the language is to encourage those who want to partake in the language but only have the cúpla focail, to use their cúpla focail.