It is 72 years to the day since a plane crash in Mayo tragically claimed the lives of eight men. 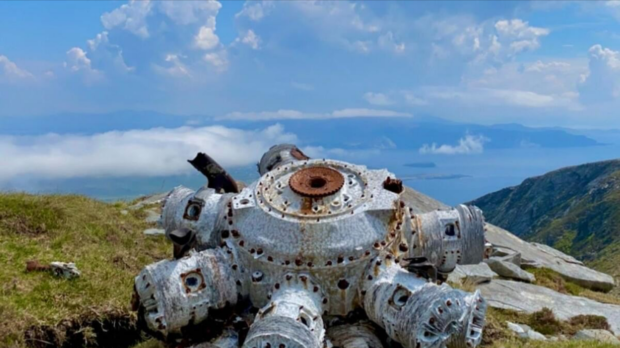 On June 16, 1950, the plane, which was a converted Handley Page Halifax Bomber operated by the RAF, was on a routine meteorological survey and was on its way to Belfast when it crashed in thick fog into Croaghan Mountain on Achill Island.

Like the aircraft itself, all the airmen had been on active service during World War II.

The four engines of the plane remain to this day at the crash site and it is a popular hike for tourists to the area.

The ‘Stories from the Wild Atlantic Way’ YouTube channel posted a interesting video about the crash on its 70th anniversary in 2020. You can watch below: