The work of a Mayo furniture designer was recognised with top honours at this year’s Bord Bia Bloom Festival, held in the Phoenix Park in Dublin over the June Bank Holiday weekend.

Westport native Francis O’Toole created the furniture contained in the Peter McVerry Trust’s sponsored entry in the competition. The seating was carved from trees donated by the Hughes family, who own Westport House. 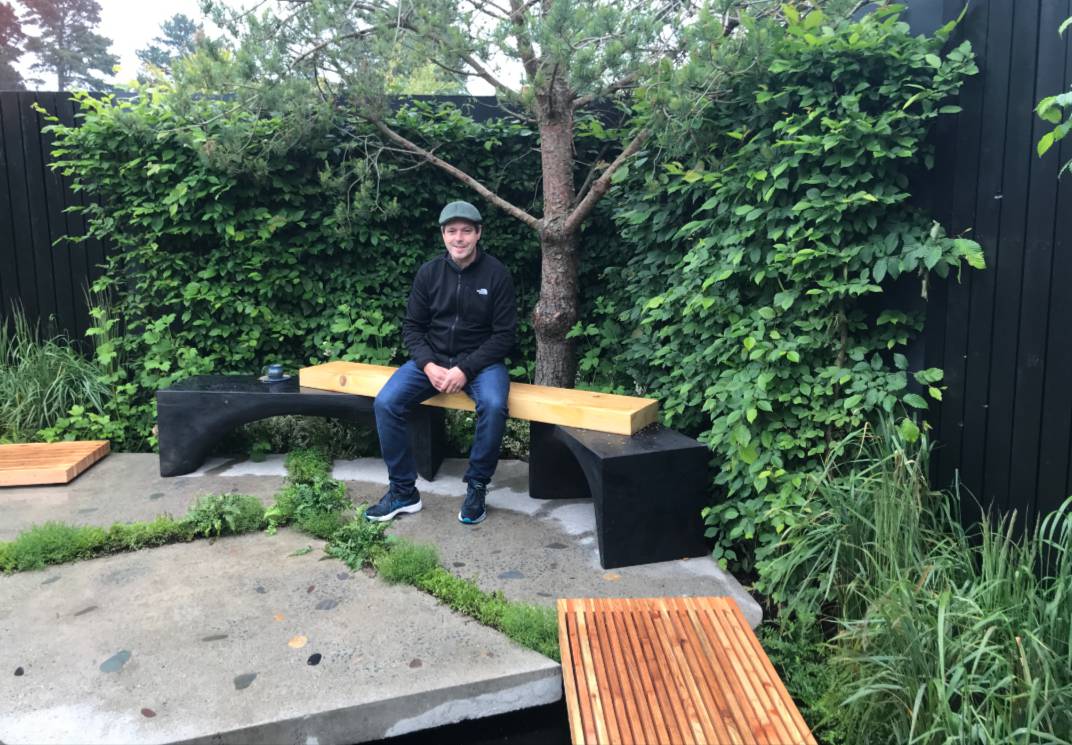 Westport man Francis O’Toole was delighted with his success at the Bloom Festival.

‘Pathways to Home’ was designed by Griffin’s Landscape Architecture’s Oisín Griffin and Seán O’Malley, and it was awarded a “gold-winning garden” by the judges. Not only were they recognised by the experts, but their garden was given The People’s Choice Award, which was voted on by the general public.

There was also another Mayo connection to the winning entry as Seán O’Malley is the grandson of Tommy and Mary O’Malley from Foxford.

Mr O’Toole graduated from GMIT Letterfrack with a degree in Furniture Design and now works in the maintenance department at Westport House. Oisín Griffin and Seán O’Malley approached him in 2019 about a collaboration, but plans were put on the back burner because of Covid-19.

Mr O’Toole said he was delighted to be involved in the winning entry.

“I lost my job a few years back and I went out to Letterfrack as a mature student, I was in my early 40s, which helped me a lot. The People’s Choice Award was huge because everybody was texting in around the country.

“Fr Peter McVerry was there, President Michael D Higgins and Taoiseach Micheál Martin were also there, so it’s been a bit of a whirlwind. It’s just madness what has happened in the last week, but it’s very exciting.

“The feedback we’ve gotten is just unreal,” he added. 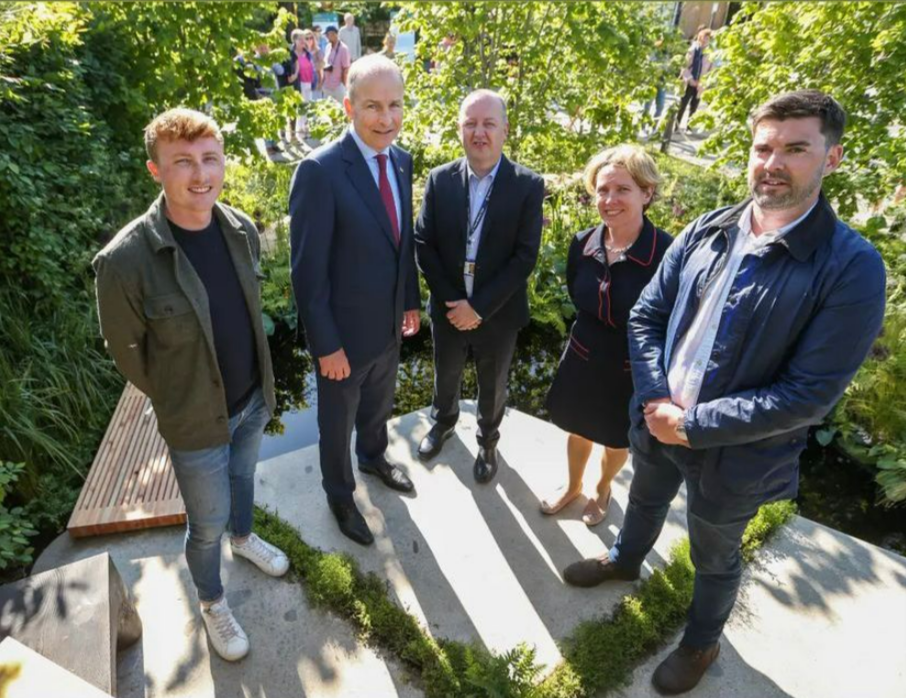 Mr Griffin is originally from Boyle, Co Roscommon, but is based in Dublin. However, he spent most of his youth in Louisburgh and he was estate manager at Westport House for many years. He was very happy to get the recognition at Bloom.

“We were very happy because we had a smaller garden and some of the other ones could have three times the budget we had.

“We were over the moon when we won the People’s Choice Award, especially with it being our first time there,” Mr Griffin revealed.