Mayo’s All-Ireland minor football championship semi-final against Kerry has had its date, time and venue confirmed. 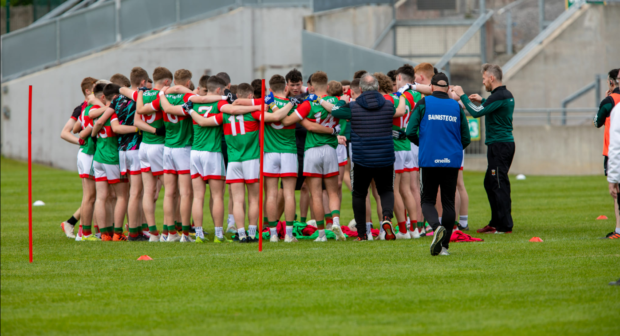 Seán Deane’s charges will take on the Kingdom in O’Connor Park, Tullamore on Saturday, June 25. The game will throw-in at 2.45pm.

The Green and Red are the only provincial winner to make it to the semi-finals as Dublin, Cork and Tyrone were all defeated in the quarter-finals.

Earlier that day, Galway will play Derry in the other semi-final in Parnell Park at 1pm.

Both games will be live on TG4.

Despite a six-day turnaround from their Connacht final win over Galway, Mayo defeated Kildare 3-18 to 3-12 in their quarter-final.

The under-17s’ clash against Kerry will take play a day before the seniors’ All-Ireland SFC quarter-final clash the same county.