Two Mayo men have been selected on the GAA.ie Team of the Week following their performances in Saturday’s dramatic comeback victory over Kildare in Croke Park.

Rob Hennelly was selected between the sticks, while Lee Keegan lines-out at right corner-back.

Keegan was outstanding against the Lillywhites, kicking two fantastic points from play.

Meanwhile, Mayo have learned their All-Ireland SFC quarter-final opponents as they will take on Kerry on the weekend of June 25/26.

James Horan’s side will be looking to avenge their 3-19 to 0-13 defeat to the Kingdom in April’s National Football League final.

Further details on dates and times for the quarter-finals will be released later today. 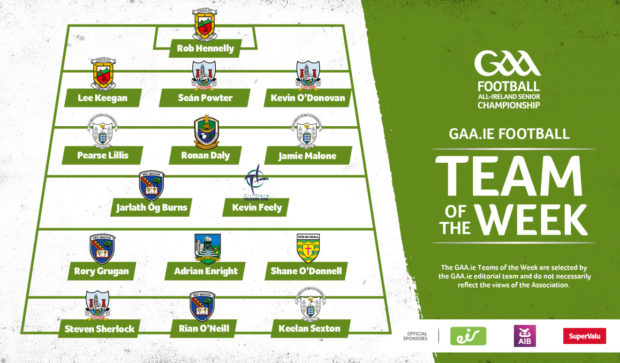