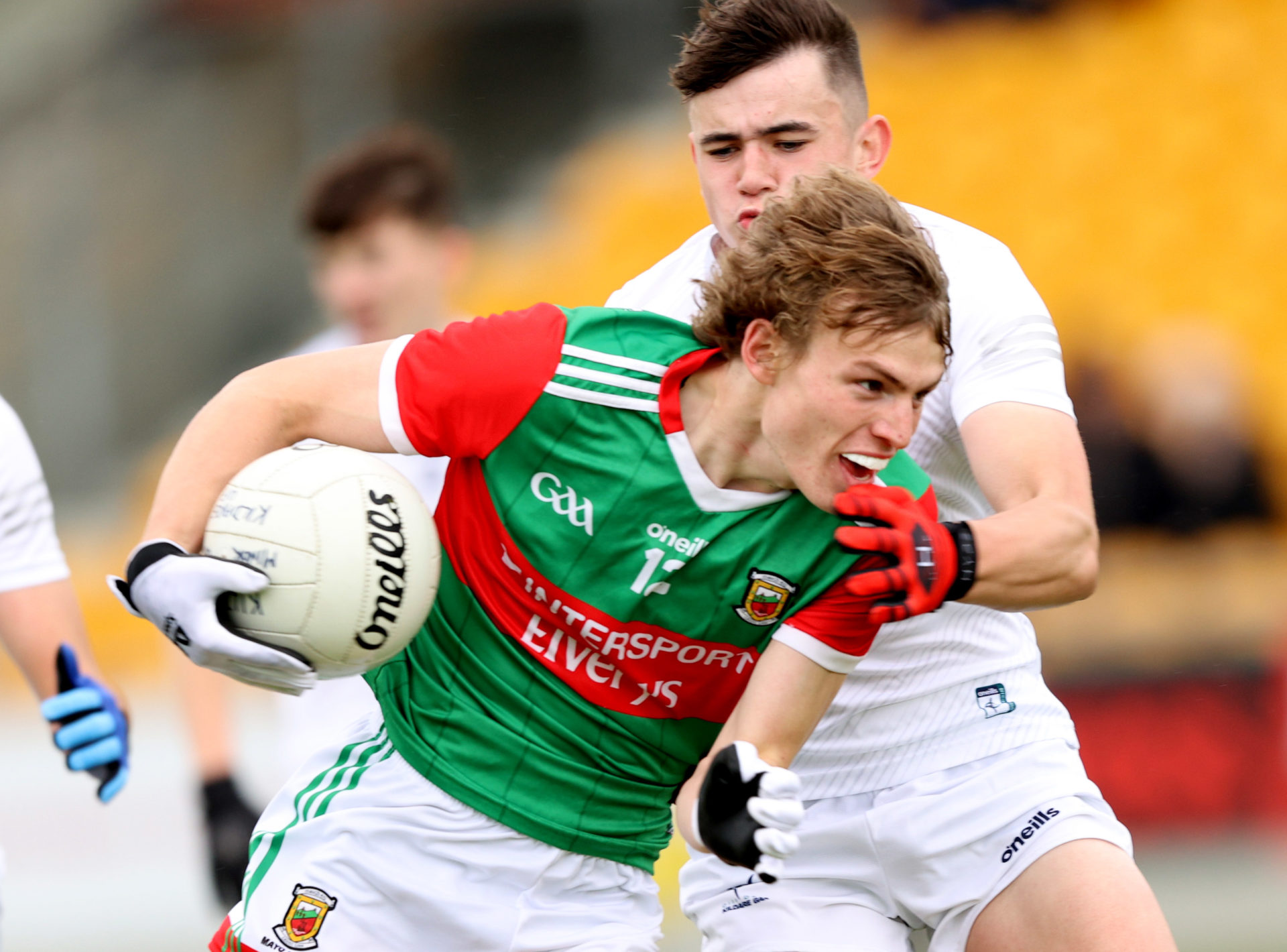 The Mayo minors followed in the footsteps of their senior counterparts on Sunday afternoon by defeating Kildare to keep their All-Ireland championship ambitions very much alive.

Sean Deane’s under-17 charges, who had claimed the Connacht title with a win over Galway just six days earlier, came through a high-scoring All-Ireland minor quarter-final against the Lilywhites at O’Connor Park in Tullamore, ultimately running out 3-18 to 3-12 winners to seal a place in the All-Ireland semi-final against Kerry in two weeks’ time.

The deadly inside forward unit of Niall Hurley and Ronan Clarke accounted for the bulk of Mayo’s scoring, hitting 2-4 and 1-6 respectively, while Knockmore’s Oliver Armstrong came off the bench to kick four points from play in a terrific second-half cameo.

Mayo led by as much as 11 points as late as the 55th minute but were made to sweat late on, after two goals from Kildare’s Eoin Cully and Ben Loakman, a penalty, momentarily narrowed the deficit back to just four points in injury-time.

But late scores from Hurley and Clarke saw Mayo safely over the line and into a first All-Ireland semi-final at the minor grade since 2019. Be sure to pick up Tuesday’s Western People for full report and reaction.