Three Sligo players on the Tailteann Cup Team of the Week

Three Sligo men have been selected on the GAA.ie Tailteann Cup Team of the Week after their thrilling penalty shootout victory over Andy Moran’s Leitrim in Carrick-On-Shannon on Sunday. 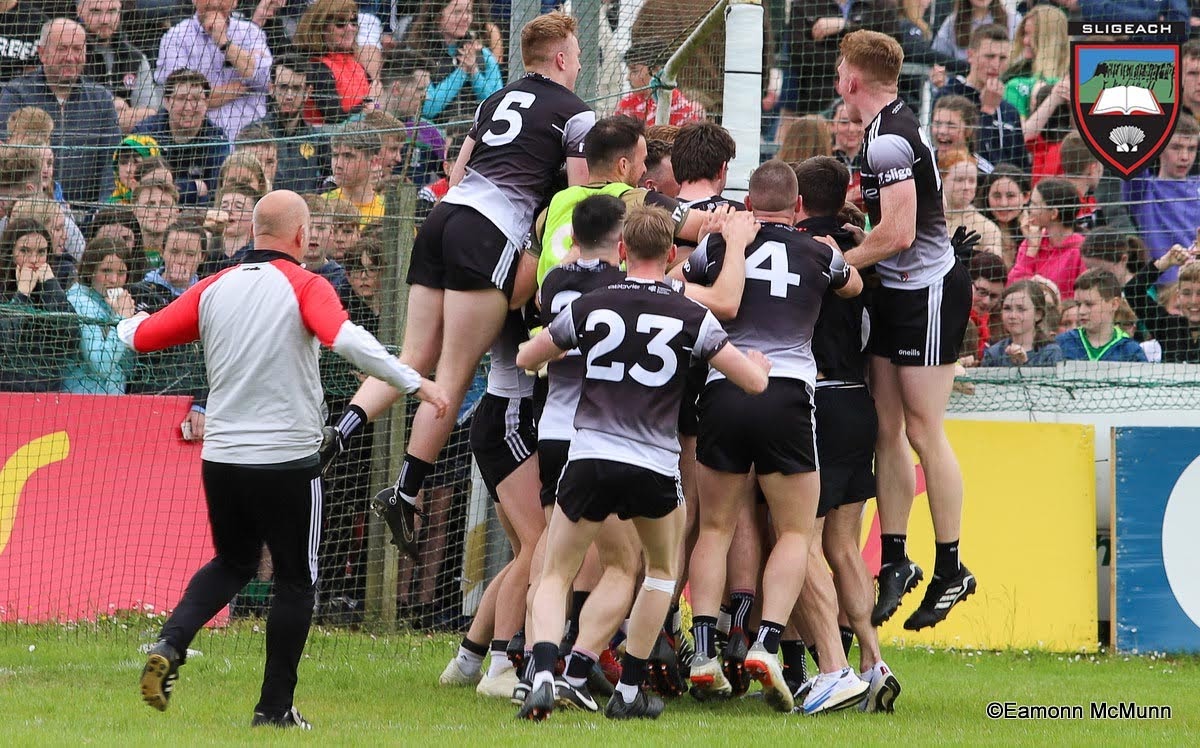 Both sides finished deadlocked after a very exciting semi-final in Avantcard Páirc Seán Mac Diarmada. Sligo were leading by four points five minutes from time, but a miraculous comeback from the hosts and a Keith Beirne score forced extra-time.

The sides couldn’t be separated and a penalty shootout beckoned.

Sligo ‘keeper Aidan Devaney was the hero as he saved two spot-kicks in the shootout.

Coolera-Strandhill’s Peter Laffey lines out at right half-back while Castleconnor’s Sean Carrabine and Curry’s Alan Reilly were chosen in attack. The latter has also been nominated for Footballer of the Week alongside Armagh ‘keeper Ethan Rafferty and Cavan midfielder Thomas Galligan, as he scored six points from play and converted a penalty in the shootout that decided the game. 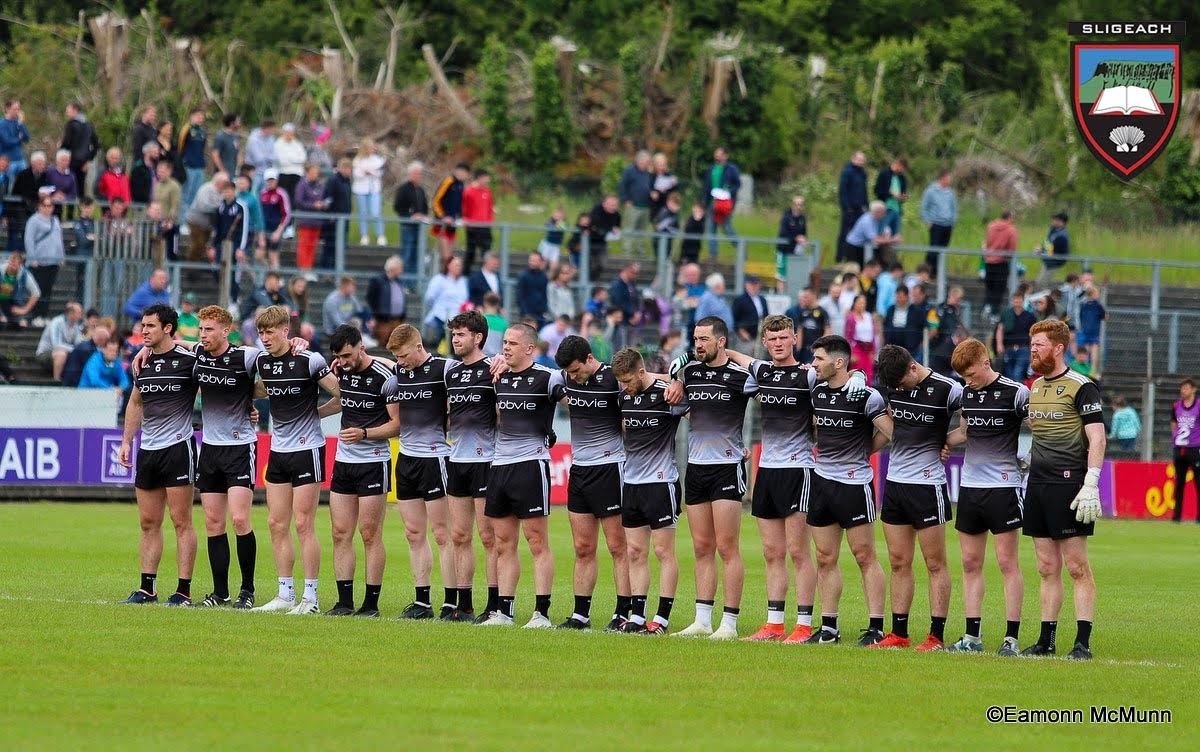 This Sunday, Sligo will face Cavan in the semi-finals of the Tailteann Cup at 1.45pm in Croke Park. Photo: Eamonn McMunn

On Sunday June 19, Sligo will face Cavan in the semi-finals of the Tailteann Cup at 1.45pm in Croke Park. John Maughan’s Offaly play Westmeath at 4pm in the other semi. Both games will be shown live on RTÉ. 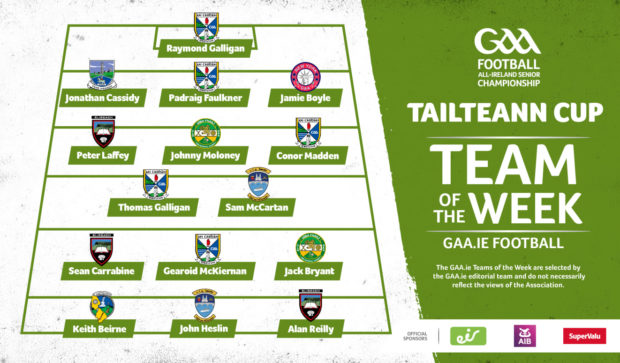