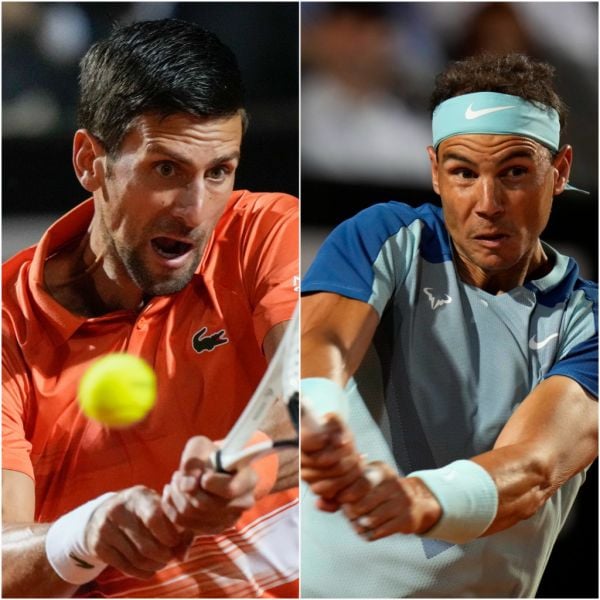 Defending champion Novak Djokovic and 13-time king of clay Rafael Nadal remain on course for a box-office French Open quarter-final after blowing away their third-round opponents.

Lying in wait for each other in the same quarter of the draw due to Nadal’s world ranking of fifth, the big two are due to collide unusually early at Roland Garros this year.

Business as usual 💼@RafaelNadal defeats Botic Van De Zandschulp 6-3, 6-2, 6-4 to reach the fourth round at #RolandGarros for the 17th time. pic.twitter.com/WL0vnf4LTo

At the same time, in one of his occasional appearances on Court Suzanne-Lenglen, Nadal was dealing with Dutchman Botic Van De Zandschulp with relative ease, registering a 6-3 6-2 6-4 victory.

The illustrious duo are matching each other almost stride for stride as they pound their way through the tournament.

They have yet to drop a set and have lost just 23 games apiece so far. Nadal has lost his serve five times – including during a mild final-set hiccup against Van De Zandschulp, and Djokovic only twice.

Both even had French football royalty watching them; former Arsenal boss Arsene Wenger was, perhaps predictably, in the red corner of Djokovic, while ex-Real Madrid star Zinedine Zidane took in Nadal’s match – a couple of tasty aperitifs ahead of Saturday’s main course of a Champions League final in Paris.

In the most prolific rivalry in men’s tennis, Djokovic has 30 wins to Nadal’s 28 ahead of the eagerly-anticipated 59th instalment.

Standing in the way are 15th-seeded Argentinian Diego Schwartzman, who will face Djokovic, and Nadal’s last-16 opponent Felix Auger-Aliassime, the ninth seed.