The Saw Doctors announce a second West of Ireland gig

Following their live show in Claremorris Town Hall selling out in minutes, The Saw Doctors have announced a second gig in the West of Ireland as a warm-up for their UK tour at the latter end of the year.

They will play a show on Thursday June 30 in Kilconly, Tuam at The Venue, formerly the Community Centre.

The capacity of the Kilconly hall is 300 people and tickets will go on sale this Friday May 27 at 10am from the ticket site http://www.onlinetickets.ie 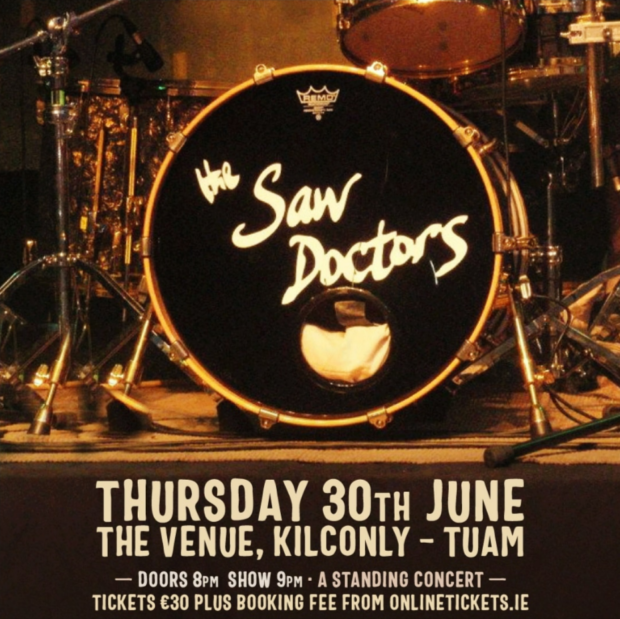