A former Manchester United player has wished a group of students from a Ballina secondary school well in their bid to become the first all-female team to represent Ireland in the International Formula 1 in Schools World Final in July.

‘Future Racing’ is made up of Leah Hannon, Laura Calleary, Julianne Stannett and Emma Hughes and they will travel to the World Final in July at Silverstone, the home of the world-famous British Grand Prix. 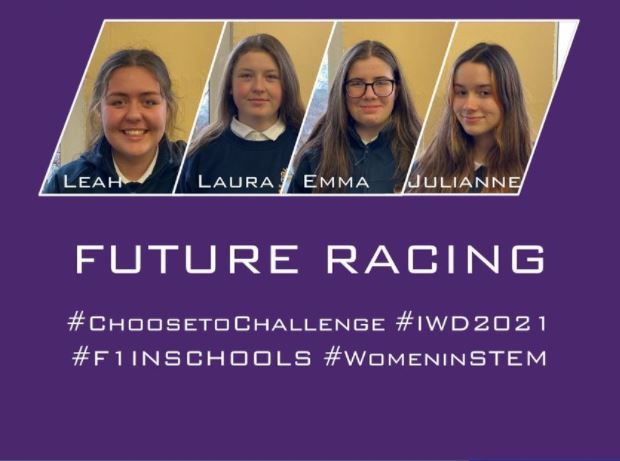 They were offered a place at the world final following a successful performance in the National Final where they won the knockout racing competition and came second overall. The group have now reset their sights and want to take on the challenge of the world finals to show they can compete with the best teams in the world.

In order to do this, Future Racing are looking for support to raise funds to support the redevelopment of the car as well as the building of two cars to race at the finals and for the development and building of a pit display.

They have launched a raffle in order to help them hit their funding goal of €10,000.

Former England defender Rio Ferdinand has donated a signed Manchester United jersey, which will be the top prize at the raffle. Ferdinand also sent the girls a video wishing them well, which can be seen below:

There will also be a selection of prizes from local businesses in Ballina including hampers and vouchers for runners up.

If you wish to enter the raffle, you can do so by clicking here.