A well-known personal trainer and GAA coach is bidding to become the first person to run the full width of Mayo in one day.

Starting off in Ballindine, Claremorris native Kevin Walsh is going to run 66 miles (over 106km) to Keem beach in Achill on June 19 in aid of Mellon Educate. 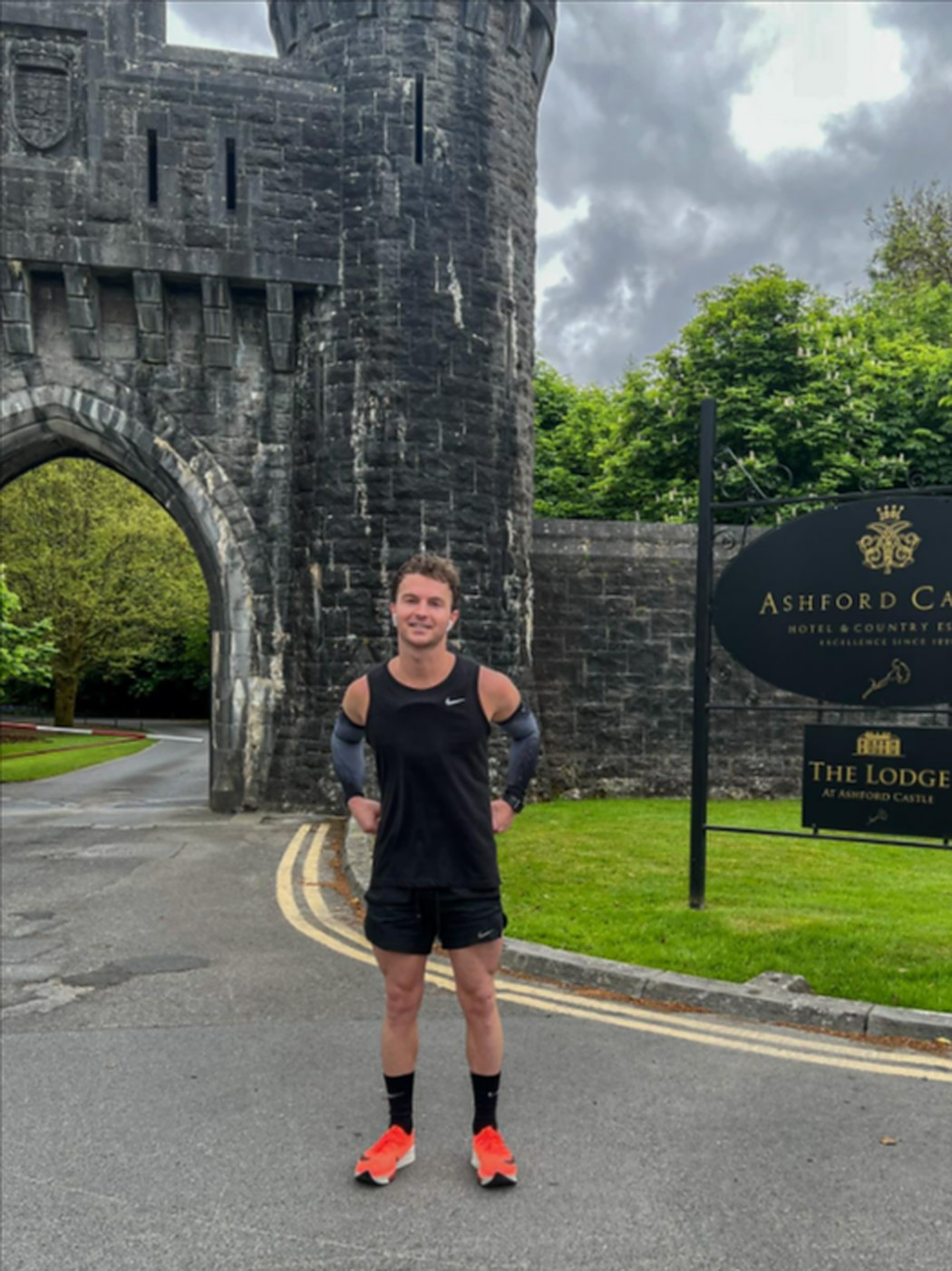 Kevin Walsh has set himself the challenge of running 66 miles across Mayo in the same day, in aid of Mellon Educate. “I’ve always found that in Mayo, people tend to get behind each other and get behind these things very well,” he said.

Founded in 2002, Mellon Educate has provided thousands of Africans with new homes. Their new mission is to provide better standards of education to 100,000 children in Africa.

This November, Mr Walsh will be volunteering with Mellon Educate to build schools and houses for some of the poorest people in South Africa. The owner of 100% Personal Training gym in his native Claremorris is used to setting himself physical challenges, as he has competed in bodybuilding tournaments previously.

“I set a lot of physical challenges for myself here in the gym, like max bench press and squat, and when I got a new pair of runners for Christmas I started running and I decided to set a challenge of doing an ultra-marathon,” he told the Western People.

“A few influencers I follow online had completed them as a challenge and decided to run the width of Mayo, which is 66 miles. Running isn’t as fun as lifting weights, but I’m enjoying the mental challenge of it.”

As of yesterday (Monday), Kevin had raised over €1,800 after just one week and Mayo Gaels’ senior coach has thanked the people of Mayo for their generosity.

“I’m absolutely delighted with the response to the GoFundMe so far. People have been very generous, but I’ve always found that in Mayo people tend to get behind each other and get behind these things very well,” he said.

If you wish to donate to Mr Walsh’s fundraiser, you can do so by clicking here.

Founded in 2002, Mellon Educate has provided thousands of Africans with new homes. Their new mission is to provide better standards of education to 100,000 children in Africa.

In conjunction with the South African government, they have housed 175,000 local people in high grade permanent homes, replacing dilapidated shack living conditions. Since 2013, Mellon Educate has set about improving access to better standards of education in African townships.

To date, the charity has built and renovated 32 schools, providing over 50,000 young children with a better chance at life. Every year, Mellon Educate organises their now renowned “building blitz” trip to Africa for volunteers from all over the world to travel and lend a helping hand building better infrastructure in poor communities.