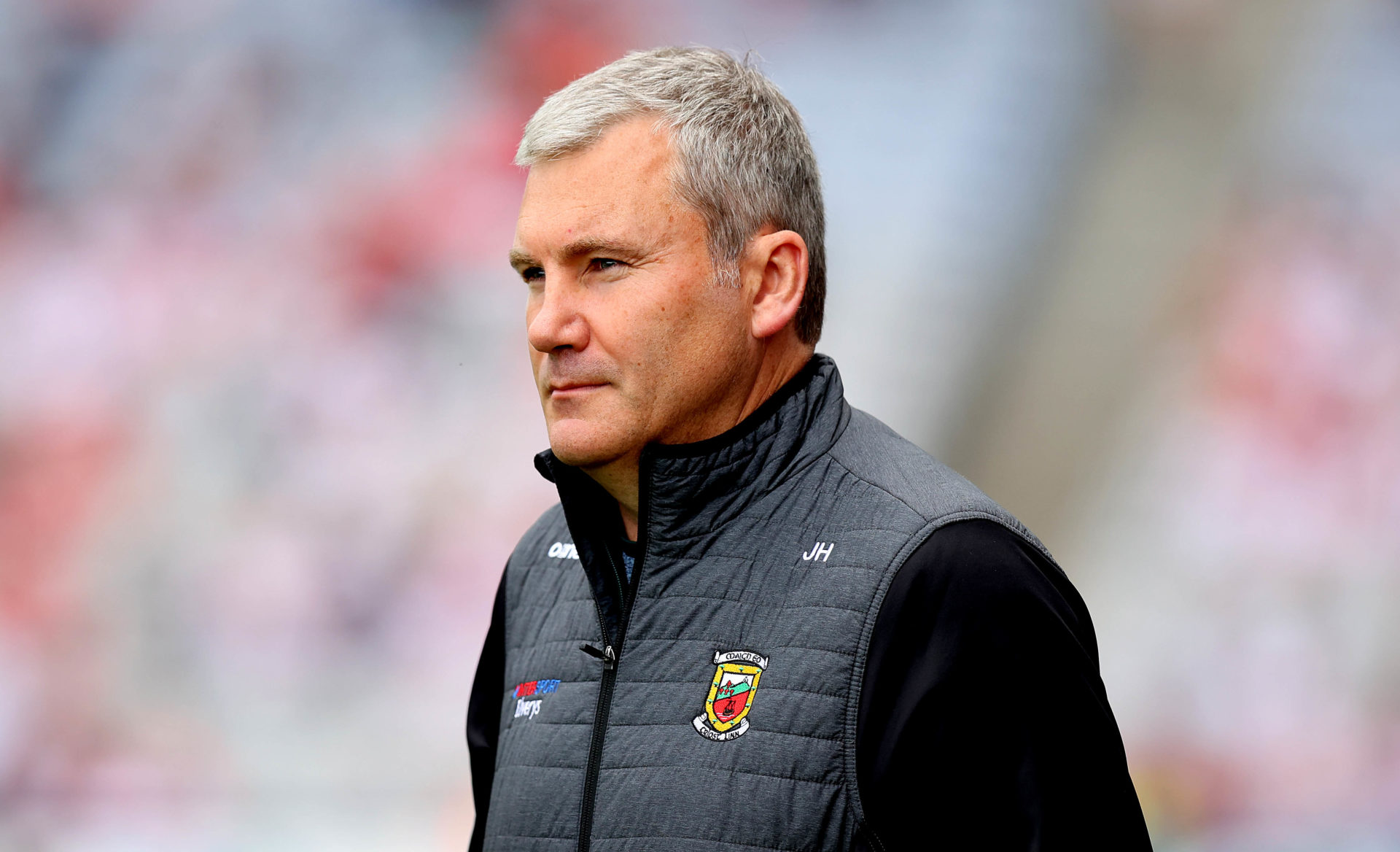 James Horan’s Mayo team have been given a home draw against Monaghan in Round 1 of the All-Ireland qualifiers. Picture: INPHO/Ryan Byrne

The draw for Round 1 of the All-Ireland SFC qualifiers has seen Mayo drawn at home to face Monaghan. The draw was made live on RTE Radio 1 this morning.

It will be the first time in the history of the football championship that the two counties have met. The game will be played at MacHale Park in Casrlebar, with Mayo having gained home advantage by being drawn first.

Elsewhere in the draw, Armagh will host Tyrone in what should be a blockbuster Ulster derby in the Athletic Grounds, Clare will entertain Meath and Louth will travel to face Cork. The four games have seen the four Division 1 teams and four Division 2 teams kept apart.

The games will be paid on the June Bank Holiday weekend (June 4-5) with fixture details to be confirmed by the CCCC this week.