Mayo’s All-Ireland SFC Round 1 clash with Monaghan has been confirmed as taking place on Saturday, June 4. 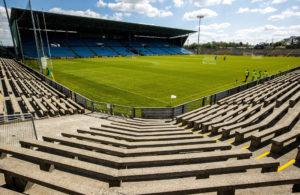 The match at Hastings Insurance MacHale Park in Castlebar will throw-in at 4pm and will be televised live on Sky Sports.

The match represents the first time the counties have ever played each other in senior championship football.

Two more of the first round matches will also be played on Saturday, June 4. Cork face Louth at Pairc Ui Chaoimh at 2pm and the clash of Clare and Meath will take place in Cusack Park, Ennis at 5pm.

RTE are to televise the mouthwatering all-Ulster qualifier between Armagh and Tyrone on Sunday, June 5. That game at the Athletic Grounds will throw-in at 1.30pm.