Lisa’s loving life in the fast lane with Mayo 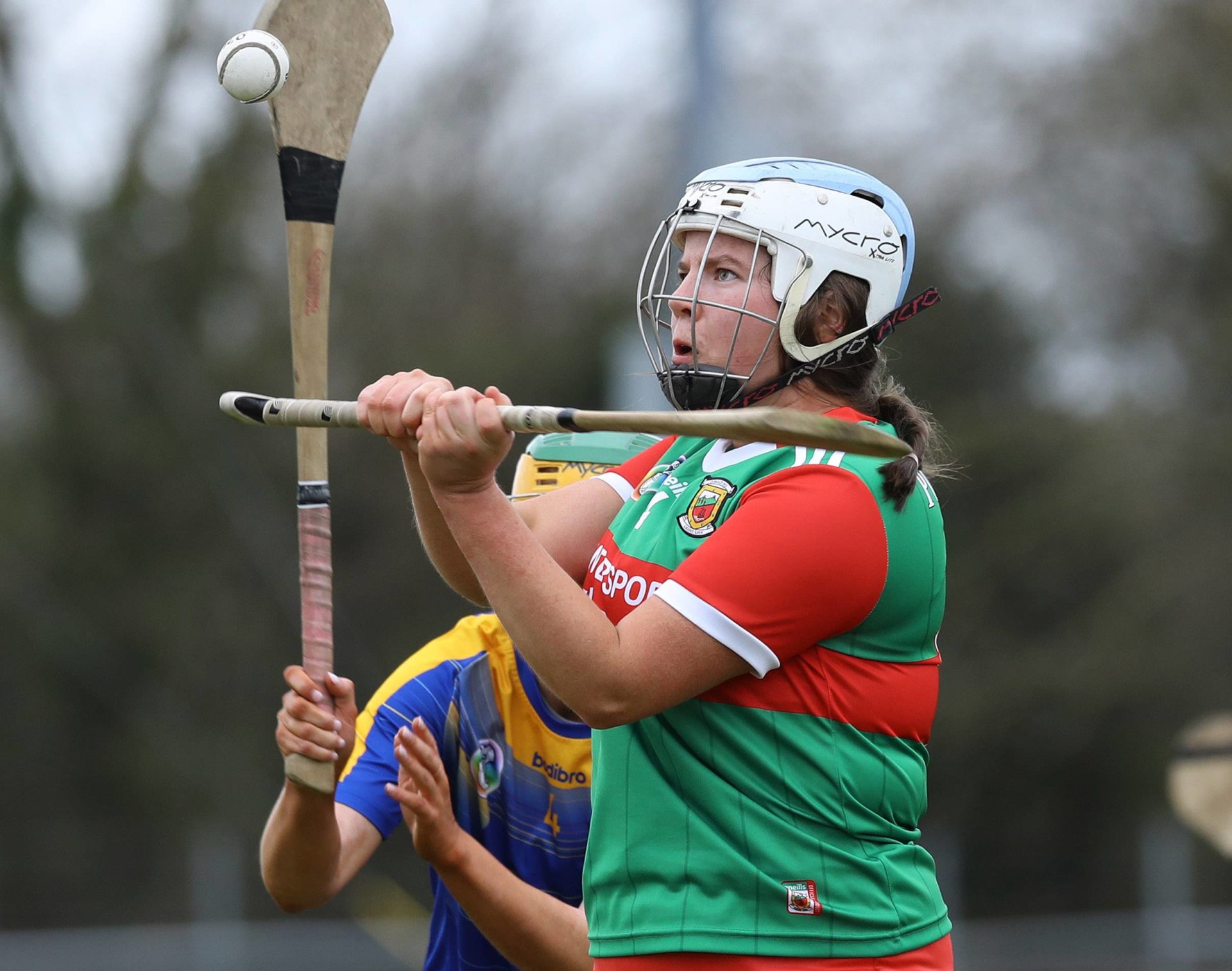 Mayo full-forward Lisa Scahill doesn’t conform with the opinion that the team’s rise to the All-Ireland Premier Junior Championship has been too quick and believes it has come at just the right time. Pictures: INPHO/Lorraine O’Sullivan

A little over two years ago, Lisa Scahill’s camogie career had come to a standstill. After playing underage with her native Westport club up to under-16 level, she found herself without a team to represent. The club didn’t have an adult team due to lack of numbers and there was nothing stirring on the county front either, Mayo having lain dormant on the inter-county camogie scene for well over a decade.

But in 2020, things began to move. A dedicated crew of volunteers in Westport, including Sinead Muldoon, Rosemary Smith, Ruth Crowley and Anne Kelly, set about reforming the club’s adult team, pulling together a panel and securing priceless access to the Galway camogie leagues and championships. Scahill was at the front of the queue to get back into the game.

And last year, following on from the revival of camogie in Westport and Castlebar and building on the success of Na Brídeoga, the Mayo junior camogie team was restarted. Exactly twelve months have passed since Mayo played their first competitive inter-county match in over ten years, a National League Division 4 clash with Roscommon in a rainy Ballyforan, but in the space of that year, Mayo have already lifted two trophies.

This Sunday will see them play at the highest level yet, as they take on the Clare juniors in Round 1 of the All-Ireland premier junior championship. For Scahill, who will line out at full-forward for her county in Ennis this afternoon, the chance to represent her county is a precious gift in and of itself.

“The fact that the county team is there was just a huge boost. It’s just brought camogie in general to the next level,” says Scahill this week.

“Even at our club training you can see people trying to catch up to get to that level. It’s bringing the clubs up too. It’s great for Mayo camogie as a whole and individually it’s great to play at a higher level as well against some of these really good counties.”

Mayo will be going up against the junior teams of traditional camogie counties like Clare, Tipperary and Waterford in this year’s championship, having earned the right to play at the premier junior level by winning last year’s Nancy Murray Cup. Scahill is fully aware that Mayo will be taking a big step up in class but it’s a test she is relishing.

“After coming up last year it’s going to be very different, it’s going to be a higher standard. We’re just trying to prepare as much as we can. We won’t know until we’re out there on the day against these other teams what will happen because we’ve never played any of them before. So it’s going to be a different test but there’s only one way to find out,” she offers, insisting that Mayo are primed and ready to take the next step in their development.

“Some people might say it’s been too quick but I definitely think it’s the right time. We aimed to take the Nancy Murray last year and thankfully we got over the line, and then again at the start of this year the aim was to win Division 4 and see how we get on in the junior championship.

“It’s got younger girls wanting to come into the team as well, the fact that we’re stepping up. It’s happening at the right time. Mayo camogie is moving up and hopefully we won’t be moving down again any time soon.”

Mayo come into the championship off the back of a win in the Division 4 final over Wicklow, a game in which Scahill hit a brilliant 2-3 to help Jimmy Lyons’ team to a 2-14 to 1-6 win, sealing a place in Division 3 of the league for 2023.

“It was good to win the whole thing. We did aim to win it,” says Scahill.

“We had played a lot of those teams last year so we knew what we were going into. We just took each game as it came and hoped we’d win each one, and thankfully we did.

“But as well as all the positives, there are things to work on and that’s what we’ve been doing for the last few weeks ahead of the championship.

“We know we’re not Kilkenny or Cork or Galway, but we always try to match other teams’ skills with our hard work. That’s the big thing in our group; hard work, working for each other. Every training session we say hard work is number 1. We just want to push that through to championship.” 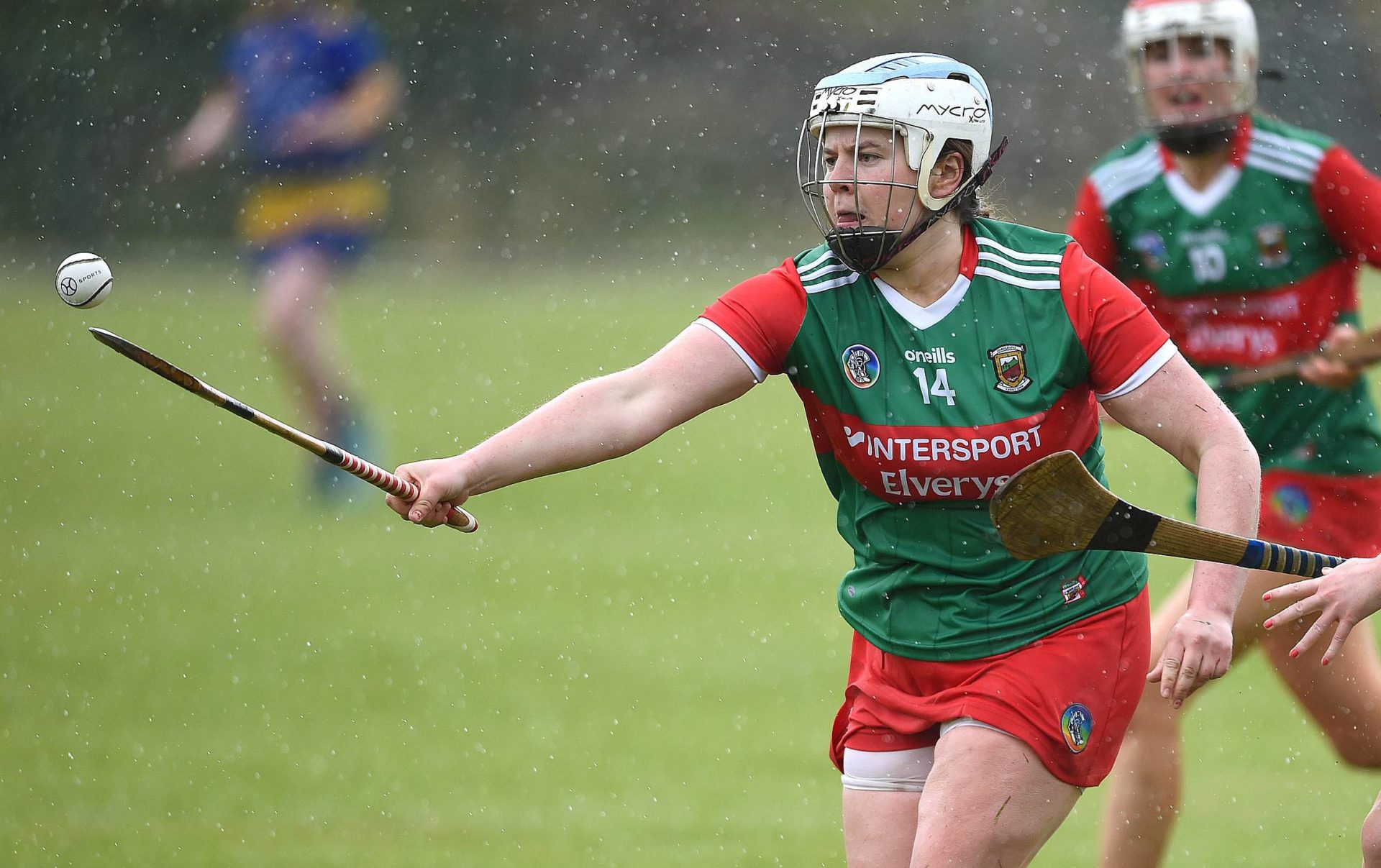 Colm Flynn, from the Tommy Larkins club in Galway, has been brought in by Lyons as a coach and Scahill says his influence has been a key part of Mayo’s development this year.

“He’s been a great addition, in fairness. Mayo’s not such a big hurling and camogie county but he just brings a new level of experience. The experience he’s gained over his life is next to none. He just knows everything about hurling and camogie, the skills involved, the stuff we might maybe be a bit naïve to or not notice as much,” she says.

“He sees things we wouldn’t see and when he draws attention to something, we’re like yeah, that makes sense. He’s teaching us a lot about camogie in general, stuff that they might learn in Galway at a slightly younger age but that we’re developing at our age now. When he breaks them down it becomes a lot easier. His skills and his knowledge are just unreal.”

At 23, Scahill is already one of the older players on a Mayo panel in which the majority of players are still teenagers. She works locally in Portwest, having recently completed a course at GMIT Castlebar. She is also a talented dual player who represents Westport in ladies football and was part of the GMIT Castlebar team which won the HEC Cup for third-level institutions with victory over Ulster University in Dublin in March, scoring the decisive goal in a 1-9 to 0-10 win.

Scahill insists that access to the Galway camogie competitions is absolutely vital to the continued growth of clubs in Mayo. At present, there are only three camogie clubs at adult level in the county – Na Brídeoga, Westport and Castlebar – and having regular games against quality opposition in Galway is priceless.

“If we were to have it just in Mayo between the three clubs, you wouldn’t be getting competitive games every weekend. The fact we can go to Galway is huge,” she says.

“All the way down to under-14 level, Galway camogie let our teams in to compete in their leagues and championships. So in fairness to Galway camogie, they’ve been nothing but supportive to us.”

Similarly to their male counterparts, the long-term aim for Mayo camogie is to have more clubs competing at underage and eventually adult level. Scahill tells of being at the recent Mayo Camogie Féile in Westport, at which teams from the three aforementioned clubs were joined for the first time by an under-14 team from Claremorris.

“I was down there for a while and there were four teams there and them all evenly matched. It didn’t matter about the score, just the fact that they were all having fun. There must have been about 30 girls on each panel. It’s just great to see that,” she says.

“I know Ballina are working hard trying to get a team going too. 50 years ago there were nearly hundreds of clubs playing camogie in Mayo and now there are only four! But you never know where we might be in another 20 or 30 years.”

The continued growth and success of the Mayo camogie team is pivotal in that regard. Scahill and her teammates are flagbearers and role-models all at once, proving to any young camogie player in Mayo that the pathway does now exist to progress in her sport and go on to wear the green and red at national level.

“It’s huge that they can see that there’s somewhere to go now,” offers Scahill. “In the past, it would have been: once you get to senior, that’s it, there’s no proper competitions to play in. But now that we’re playing at a high level, it gives then younger girls something to aim towards.

“Even for myself, the possibility of playing in Croke Park – I never even thought that would come into my head. The small possibility, however small it may be, of that happening is just crazy.