Jimmy’s crew on a Clare-cut mission 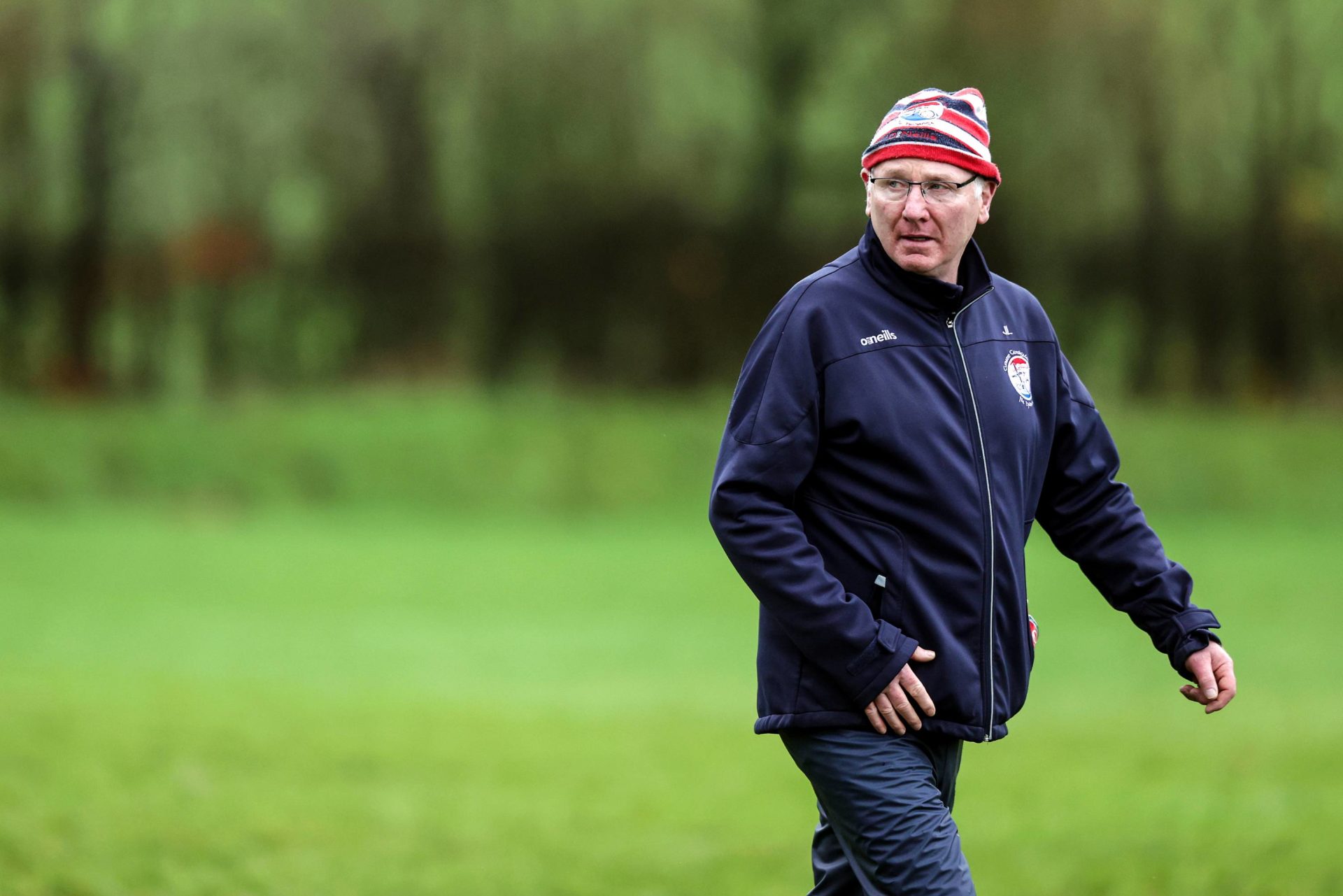 Jimmy Lyons is confident his Mayo team will equip itself well despite the big step up in class of competing in the All-Ireland premier junior camogie championship. Picture: INPHO/John McVitty

Fresh off their victory in last month’s National League Division 4 final and accompanying promotion to Division 3 for 2023, the Mayo camogie team begin their championship campaign this Sunday afternoon with a trip to Ennis to take on Clare (throw-in 2pm). The game will be the curtain-raiser to the pivotal Munster SHC final round clash between Clare and Waterford, with a near-capacity crowd expected in Cusack Park for the afternoon.

This will be Mayo’s first season competing in the premier junior championship, having earned promotion to the third tier of the camogie ranks by virtue of winning the Nancy Murray Cup last year. Jimmy Lyons’ team have been drawn into Group 2 of the ten-team championship alongside Clare, Tipperary, Waterford and Cavan.

Clare, Tipperary and Waterford will be represented by their junior teams in this championship, with those counties also fielding teams in the senior competition. Mayo and Cavan are the only counties in the group fielding their first teams.

The championship will be played in a round-robin format, meaning Mayo are guaranteed at least four matches.

After their trip to Clare in Round 1 this weekend, they will host Tipp on May 28, travel to face Waterford on June 4, and finally host Cavan on June 18. The top two teams at the end of the round-robin will progress to the All-Ireland semi-finals to go up against the top two teams in Group 1, which includes Roscommon, Armagh and the junior teams of Down, Limerick and Antrim.

Mayo will be taking a big step up in class in this championship. They are the only team who played their league camogie in Division 4 competing at the premier junior grade.

Of the other sides in Mayo’s group, Tipperary competed in Division 2 of the league, while Cavan and Clare played in Division 3, with Cavan crowned champions of and earning promotion from that division. The Waterford juniors didn’t take part in this year’s league and the Round 3 clash with the Déise will be one game Mayo should certainly be targeting.

But Mayo camogie has been on a steep upward trajectory since re-joining the adult inter-county ranks last year, having claimed the Nancy Murray last autumn and the Division 4 title last month, and Lyons’ charges are relishing the opportunity to test themselves at a higher standard of inter-county competition.

“It’s very positive,” said the Mayo manager this week. “There’s been progression there from game to game and from month to month. They’ve won things, which is great affirmation, but more importantly they know their performance levels have improved. They’ve worked hard on that, on the things that will improve them as a team. First of all you improve as individuals and then you bring that into the team setting.

“The girls can see that. It’s clear that progression is being made. And they believe that they can continue to do that. This is the next challenge in front of them. They’re not fearful at all; they just want to get out there and see how good they can be against these teams.”

This remains an exceptionally young Mayo squad, with an average age of just over 19. Most of the panel are in college, with some still in Leaving Cert, and consequently training has been somewhat hindered over the last month as players study for and sit exams.

“It’s been difficult to have many full, collective sessions. We’ve been training in Tooreen and Ballyvary for anyone that can make it. We have players in Dublin who are doing what they can. But it’s been going well. Whenever we’ve been able to meet us as a group, the enthusiasm is there and the mood is good,” outlined Lyons.

“We’re not putting undue pressure on them to get to things when they just might not be able to. The most important thing is that they’re in a good state of mind going into the championship. We’re happy enough that that’s the case.”

Mayo are coming into the championship off the back of a strong league season in which they defeated Louth, Wicklow and Tyrone in the group before again beating Wicklow in the final. Lyons said the development of the players was evident over the course of the league, tying in with the introduction of some fresh blood to the panel.

“There are two ways to improve a team: you improve the players you have and you bring in new players. We’ve done both,” he said.

“We have some new girls who would have played minor for Mayo this year. Colm Flynn would have done a lot of good work with the squad, he’s really progressed the team. You could see that in the league final. In the first half we played some exceptionally good camogie in terms of our defensive play, our support play, our interaction in the forwards. Then we dug in for the second half and saw out the win.”

Lyons makes no bones about the fact that this upcoming championship campaign will represent a significant step-up in class for his team but he is confident that his players will rise to the challenge, as they have done to every new challenge since they played their first inter-county match exactly one year ago this week.

“We’re definitely moving up a step now. But that’s what you expect,” said Lyons.

“There’s a great team ethic. The players work for each other and we’ll match any team in terms of our athletic ability and our conditioning. And we also know that we have a skilful team. We don’t feel we’re lacking. It’s new ground and we don’t really know how we’ll react, but we expect that we will react and cope well, because we’ve done that so far in everything we’ve done.”