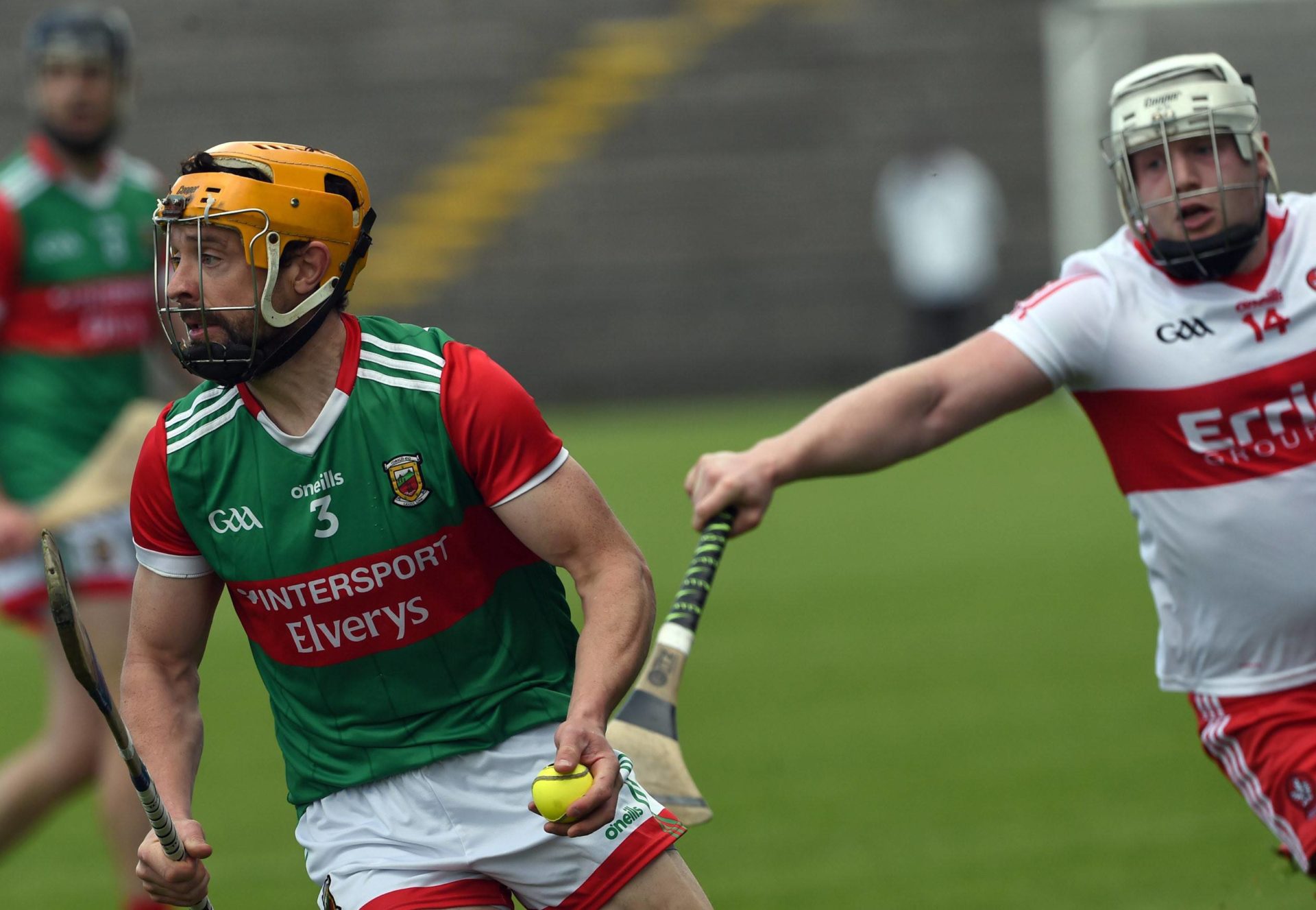 For Mayo full-back Stephen Coyne, the dramatic turnaround in the fortunes of the Mayo hurlers over the course of the last month came as no major surprise. The veteran Tooreen defender, one of the longest-serving and most-experienced hurlers on the Mayo panel which will take on Kildare in this weekend’s Christy Ring cup final, said that the players within the four walls of the dressing-room always knew that the potential was there for Mayo to bounce back from a disappointing league campaign and compete into the latter stages of the championship.

That self-confidence has been justified, with Mayo now just 70 minutes away from the Ring title and a place in the Joe McDonagh cup in 2023.

“After the league campaign, if you had asked anybody outside the group they would have said that retaining our status in the Christy Ring would have been the goal,” said Coyne at Mayo’s pre-final press event in Tooreen on Sunday evening.

“But we knew with the lads that were coming back and the lads who joined us later on, if we got a few weeks under our belts and just got a couple of wins, we could turn it around. We were delighted to do that.

“For one of the league games we had only 18 or 19 lads available to us, which is nearly unheard of for a county team in this day and age. It just shows you how important the squad is, because once we got everyone back fit it gave us more options with lads coming off the bench and lads playing in different positions.

“Once we got that first win against Wicklow it really kicked the season.”

That win in Aughrim was an ignition point; Mayo got revenge for their league relegation play-off defeat to the Garden County and embarked on a run of four straight wins which have earned them a place in the Ring final against Kildare this Saturday evening.

“There was big pressure on that day,” recalled Coyne. “In the relegation game we had put ourselves in a great position but I think we had something like ten wides in the second half, and that really knocked us. We felt we should have won that game.

“I know we were well-beaten by Kildare in the first round of the championship but we saw enough in the first half of that game to know we could do something in this competition. Inside the group, we never panicked. So it showed good character in the Wicklow game, to go to Aughrim, which isn’t an easy place to go, get the win and drive it on from there.”

Mayo sealed their final berth with a hard-fought Round 5 win over Derry in Castlebar on Saturday, surviving a late rally from the Ulstermen to run out five-point winners. Coyne said the team had shown real depths of character to plot their way to victory in those tense closing stages. 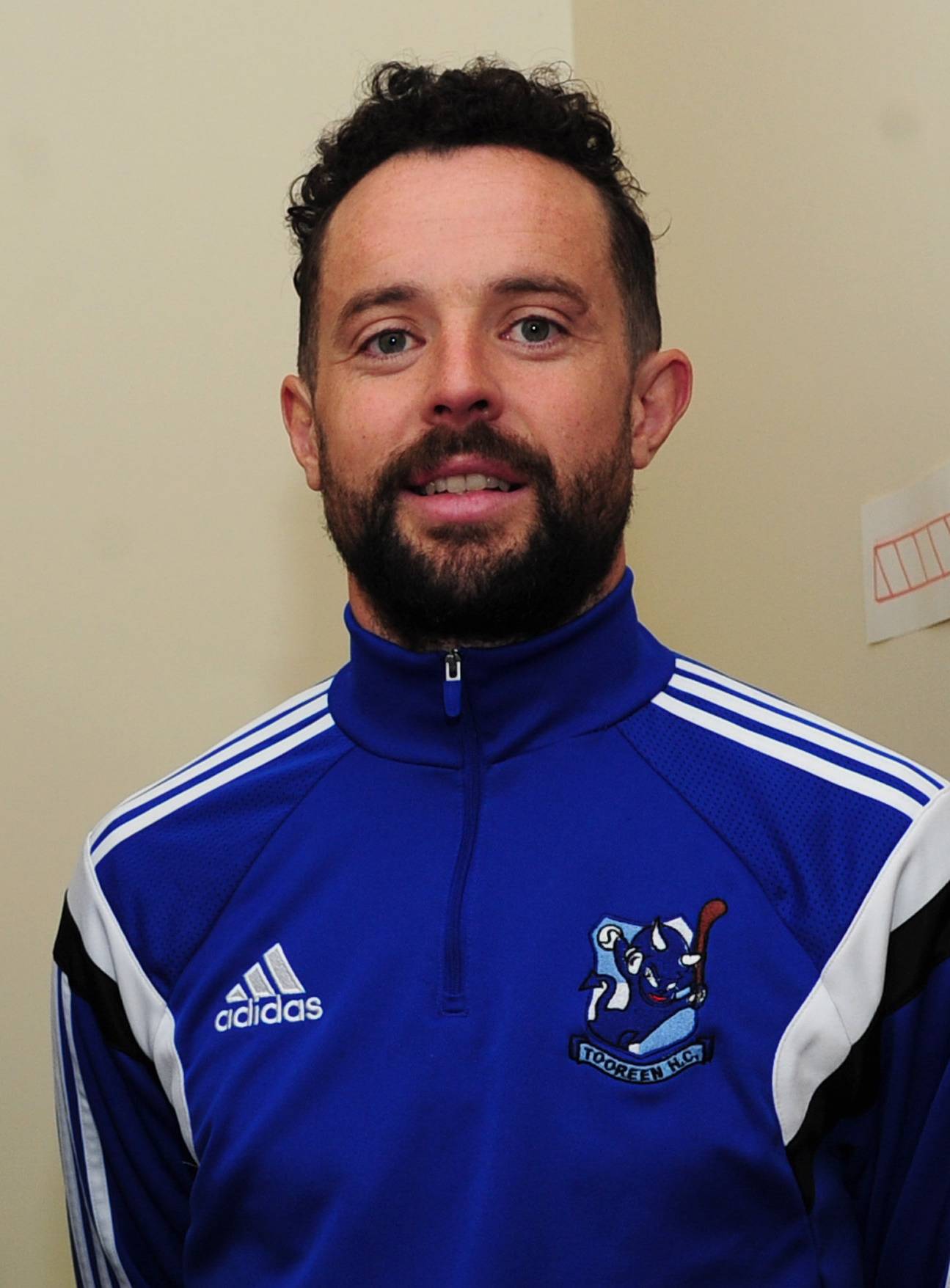 “If you wanted to be critical, maybe with ten minutes to go, before they got the goal, we could have closed it out a bit better. Maybe we left ourselves a small bit open,” he reasoned.

“But at the same time, even when Derry did get the goal, I never sensed there was any panic setting in. We realised we had to lift it again. Shane (Boland) and Joe (Mooney) came up with a few great scores and they settled us right down. Once we got a point or two after Derry got the goal, they seemed to die a small bit themselves. We definitely finished strong.”

Mayo will be rank outsiders for the final on Saturday; Kildare have five wins from five in the round-robin and have been putting up some obscene scoring tallies along the way, including a 30-point hammering of Mayo when the sides met in Ballina in Round 1. But as Coyne suggested, the lack of outside expectation could be of advantage to Mayo.

“That has its benefits too,” he said. “There will obviously be pressure within the group itself and from management but I don’t think anyone outside the hurling circles in Mayo will give us an ass’s roar of winning the game.

“Which is fair enough like; I saw a stat during the week that Kildare had scored the highest amount over four championship games in history. They’re obviously a very good team.

“We know them very well from playing them the last few years, and then obviously the Naas boys. The Naas boys are the backbone of their team and we’d know them fairly well. Kildare are the kind of team, if you stand back and look at them, they’ll wipe you off the pitch. But we feel if we get stuck into them, we’ve a right good chance going up there.”

The Naas connection is an interesting angle on this final. Coyne was part of the Tooreen side which lost out to the Kildare club in this year’s All-Ireland intermediate club semi-final in Ballinasloe back in January and with the two clubs back-boning their respective county teams, there will be lots of familiarity in Croker this weekend.

Coyne has been back in Ireland for the last four years after spending a number of years in Australia; this weekend will be his third spin to Croke Park with the county panel since returning. As someone who has been involved with the county senior team on and off for almost two decades – he was on the Mayo squad that lost to Kildare in the All-Ireland B final of 2004 – Coyne is ideally placed to comment on the progress and development of Mayo hurling in recent times.

“The key for hurling in Mayo is more clubs and getting it going more at underage,” he stated.

“It’s great us having success here at the minute because it puts the game into the spotlight a bit, but at the same time, we have to be realistic. There are four senior clubs in Mayo. When you look at the likes of Sligo, they have five or six senior clubs, and yet there’s this perception in Mayo that when Mayo play Sligo that Mayo should come out on top, even though they have more of a pick of players.

“So I think underage is the thing, getting more clubs going. The likes of Moytura, Claremorris, Caiseal Gaels, Ballina, it’s great to see them back. That is the key for Mayo to have success in the future.”