The Collins family “are not going to give up”

The family of Sandra Collins believes they may be closer to finding her body than at any point in the last 21 years. 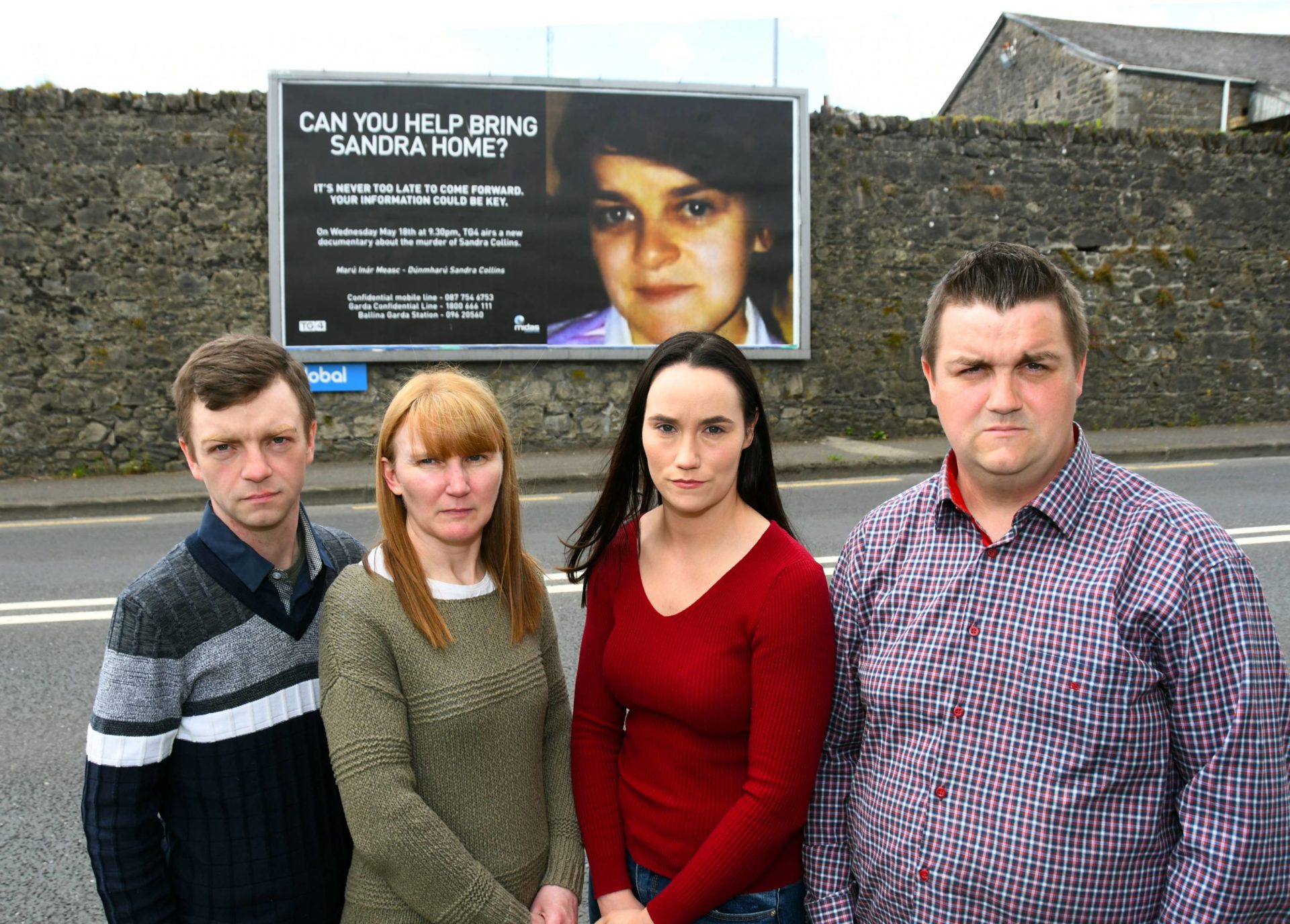 Patrick, Bridie, Mary and David Collins pictured in Ballina at the weekend, opposite the new billboard seeking information about their missing sister Sandra. Picture: John O’Grady

Sandra’s siblings made their comments after launching a new billboard and bus stop appeal to encourage anyone with further information to come forward.

Sandra was last seen in Killala at around 11pm on December 4, 2000, after she bought chips in a local takeaway. She was aged 28 at the time and had recently discovered she was pregnant.

Her family have refused to let the case of Sandra’s disappearance be removed from the public eye and have continuously fought over the past two decades to ensure they can bring her home.

The new billboard and bus stop poster campaign has been launched courtesy of funds raised through a GoFundMe page, which was set up in December 2020 to mark the 20th anniversary of Sandra’s disappearance. The giant billboards have been erected in Ballina and Castlebar with bus stop posters in several other locations around the county.

Sandra’s brother Patrick told the Western People that the family hopes the new campaign will encourage anyone with any information about Sandra to do the right thing and come forward.

“We would like to thank everyone who donated to the GoFundMe over the last few years. We set it up to allow us to pursue different avenues with regards to Sandra’s case and this will hopefully let people know that this hasn’t gone away, we are still looking for answers. We are not going to give up.

“This is another way for us to keep Sandra alive and we know this appeal will be worth it if we get even just one phone call with information.” Sandra Collins has been missing for almost 22 years

A Garda spokesperson said the case is still under active investigation and they would urge anyone with the slightest bit of information to come forward and all information will be followed through to conclusion and treated confidentially.

In addition, a true-crime documentary about Sandra’s disappearance will air this Wednesday night, May 18, on TG4 at 9.45pm. Marú Inár Measc includes interviews with Sandra’s four siblings, who give deeply personal accounts regarding the life that their sister lived and how her disappearance has impacted them.

Should you wish to make a donation to the Collins family to help them continue their fight to bring Sandra home, please click here.