The Mayo GAA Under-15 hurling academy squad management have announced their joint-captains for this year’s campaign. 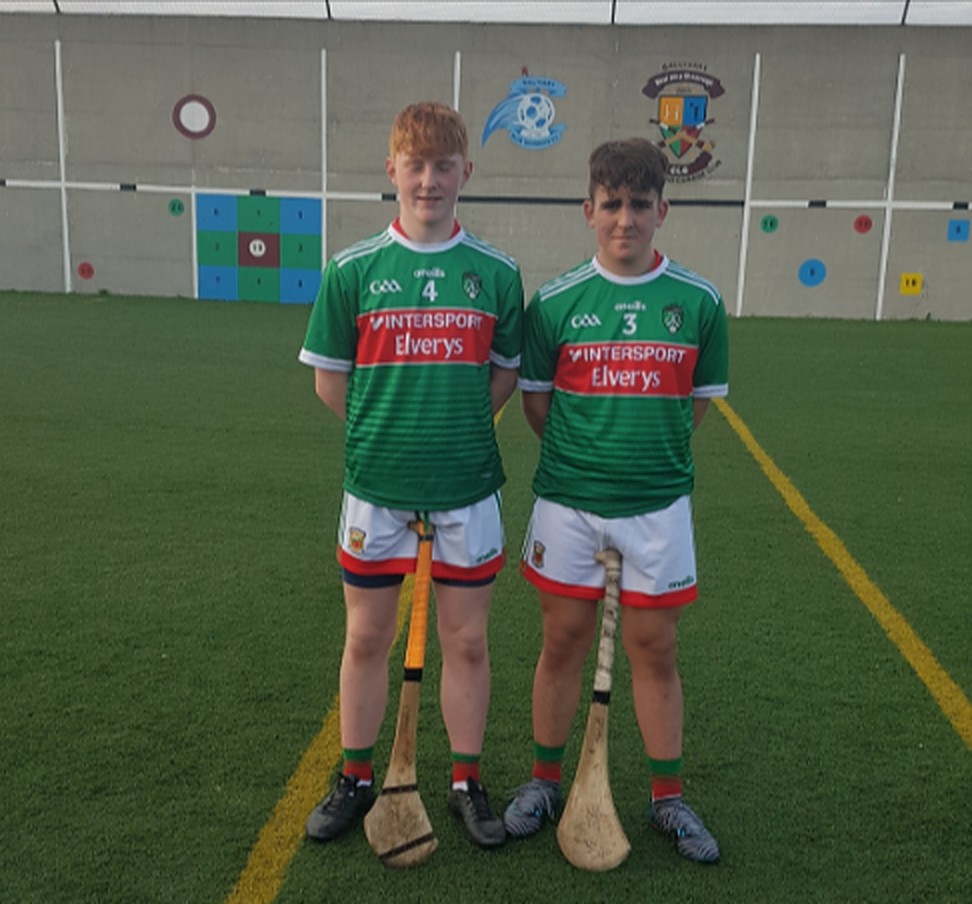 Niall People and Matthew Delaney, joint captains of the Mayo Under-15 hurling squad that is taking part in the Hibernia Cup competition. Photo: Mayo GAA.

Niall is a past pupil of Behy National School, outside Ballina, where he gained a love of hurling before starting his club career with Ballina Stephenites.

Following on from that, Niall plays for the amalgamation side of St. Ciaran’s, where Ballina Stephenites are joined by Caiseal Gaels and Ballyvary to take part in competitions within Mayo GAA and in the National Tain Óg leagues.

Niall is a student in Moyne College in Ballina and also plays football for Ballina Stephenites GAA Club.

Matthew Delaney (Tooreen) started his hurling days in Tooreen National School and Tooreen Hurling Club, and is a regular also on hurling teams in Ballyhaunis Community School where he is a student. Matthew also plays football for the Aghamore GAA Club.

A member of a famous hurling and camogie family, he is joined on this year’s panel by his cousins Fionn Delaney and David Delaney.

Mayo travel to Abbottstown in Dublin this Saturday (May 21) to take on Wicklow in round two of the Hibernia Cup competition, with a 12 noon throw-in time. They already have one win under their belt in round one when Mayo overcame Roscommon by 4-17 to 1-15 in Bekan last month.

Both Peoples and Delaney featured prominently in that game and both players are now in their second year with the Mayo Under-15 hurling panel.

Mayo travel to Abbottstown with high hopes after a series of recent productive coaching sessions in Ballyvary hurling grounds.