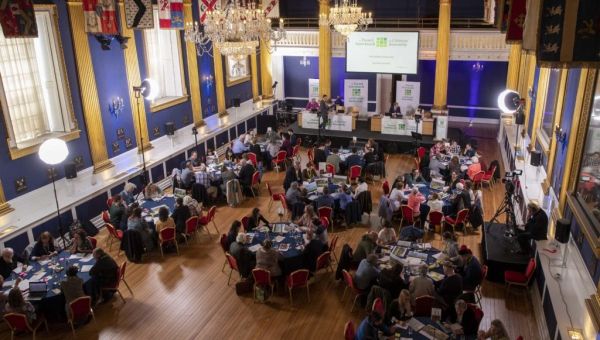 Ireland is facing devastating losses of wildlife and natural habitats, a new citizens’ assembly on the country’s biodiversity has heard.

The Citizens’ Assembly on Biodiversity Loss held its first meeting in Dublin Castle on Saturday.

Mayo-born Chair Dr Aoibhinn Ni Shuilleabhain, who has been joined by 99 randomly selected citizens on the assembly, officially opened what will be a six-month programme of work.

It has been established to examine how the State can best act to preserve Ireland’s biodiversity.

In 2019, Ireland became only the second country in the world to declare a climate and biodiversity emergency.

Dr Ni Shuilleabhain urged people across Ireland to engage with the assembly’s work.

The assembly will hear from national and international experts and academics in the months ahead.

“It is a tremendous personal honour for me to chair this hugely important Citizens’ Assembly on Biodiversity Loss,” said Dr Ni Shuilleabhain.

“While citizens’ assemblies in Ireland are earning us a strong international reputation involving our people in our democracy, this is, as far as we know, the first that has taken place globally on biodiversity loss.

“We should celebrate that and feel a sense of privilege and pride that the work we do may well be noted by others not only in Ireland but also abroad.”

The chair added: “The more engagement that we have from people and communities all across the country – young and old, urban and rural – the better informed and richer our recommendations to the Oireachtas will be.

“This work will be done within the backdrop of Ireland having declared a Biodiversity Emergency in 2019, the second country to do so in the world at the time.

“We are looking at devastating rates of loss of life and habitats across land and sea.

“Today we are hearing about the scale of the problem we have been asked to consider and over the course of the rest of the year will hear of some successful projects that are underway to try address these issues.

“This is a large and important task to undertake, but it is also a really wonderful opportunity to impact on our country’s policies and actions.”