Tickets for Home to Mayo concert go on sale

Home to Mayo proudly presents a celebration of Irish culture, centre stage in the Royal Theatre, Castlebar on Saturday, 28 May featuring local, national and international musicians, singers and dancers.

Named Home to Mayo ‘A Transatlantic Journey Home’, the show will see artists cross the Atlantic Ocean and Irish Sea come together to join their Mayo and Irish contemporaries on the famed stage in the Royal Theatre, Castlebar.

To mark this momentous gathering of Irish talent, Home to Mayo are delighted to honour some of Mayo’s musical Ambassadors.  World-renowned flute player, Matt Molloy, has performed with some of the greatest musical names including Van Morrison, the Rolling Stones, and Sting, to name just a few. Molloy is synonymous with the promotion and practice of traditional Irish music, tourism and culture throughout the county of Mayo and across the globe. 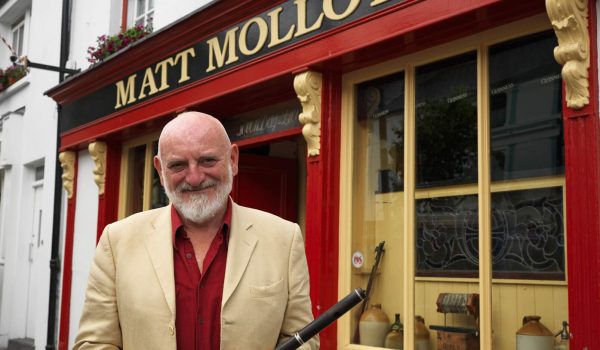 Music legend Matt Molloy will be among the artists honoured.

Songwriter Brendan Graham, the man who penned the stunningly beautiful song You Raise Me Up will also be honoured. Graham, once described as the Musical Midas in the Mayo Silence, wrote four of Ireland’s entries in the Eurovision Song Contest, two of which were eventual winners. Graham has worked with a diverse range of artists including Josh Groban, Westlife, IL Divo; Celtic Woman, Daniel O’Donnell, and Katherine Jenkins.  Graham now resides in Mayo.

The third honour will be presented to the man behind the classic This is the way to Amarillo  and other big hits, Tony Christie. Tony has strong Mayo roots and proudly called his publishing company Mayo Music. Tony, whose grandfather hailed from Claremorris, is looking forward to returning to his native county.

The event, which is supported by Mayo.ie, Fáilte Ireland, Creative Ireland and Home to Mayo promises to be the must see Mayo concert of the year.

Tickets cost €20 plus booking fee and all profits from the show will go towards promoting young talent of all genres of music from across the county through upcoming music workshops and showcase events. 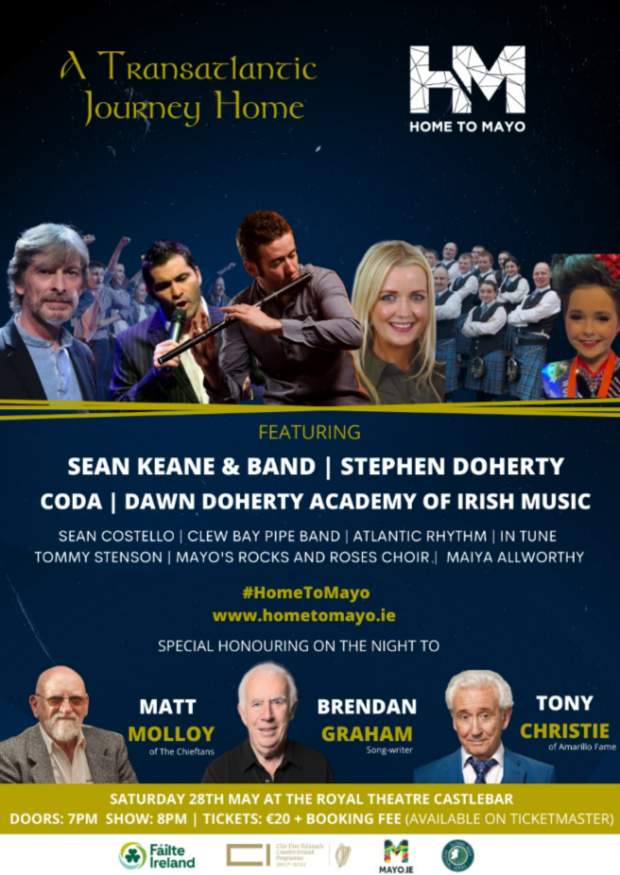