A new book by a South Mayo journalist documents the harrowing tales of three women who attended Bessborough Mother and Baby Home in Cork.
In its first week of publication on April 21 last, Bessborough: Three Women. Three Decades. Three Stories of Courage reached the top of the paperback bestseller list. 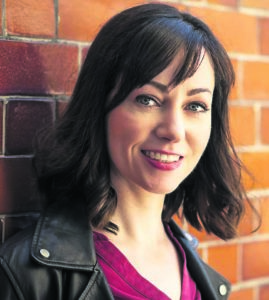 Ballinrobe native, Deirdre Finnerty, was born and raised in the town where her family were well known. She started her career in the BBC World Service, and has worked in the BBC’s Brussels, Washington and Westminster bureaus. She now lives and works in London.
This is Deirdre’s first book, the project for which has already won the Society of Authors Antonia Fraser Award in 2020.
For over seventy years, Bessborough House, a grand country mansion on the outskirts of Cork city, operated as one of Ireland’s biggest mother and baby institutions. Women and girls who walked up its stone steps were warned never to reveal their true identities and gave birth to babies they would not be allowed to keep.
The book tells the experiences of three woman, Joan McDermott, Terri Harrison and Deirdre Wadding, who were confined there in the ‘60s, ‘70s and ‘80s. Their vivid accounts take us right inside the walls of the secretive institution and give us a deep insight into how their experiences impacted their lives afterwards. The result is a stark portrait of a system that split families apart and a moving account of love, loss and reconnection.
Deirdre said the book is a work of creative non-fiction.
“The scenes recreated come directly from interviews with the women, portrayed to the best of their memories.”
Published by Hachette Ireland, Deirdre said she lived outside of Ireland for years and associated those places with the past.
“But the more I spoke to them, the more I realised there are so many women still living with the effects of these stories today.”