Ballina student wins at ‘Our Ocean, Our Plan’ competition 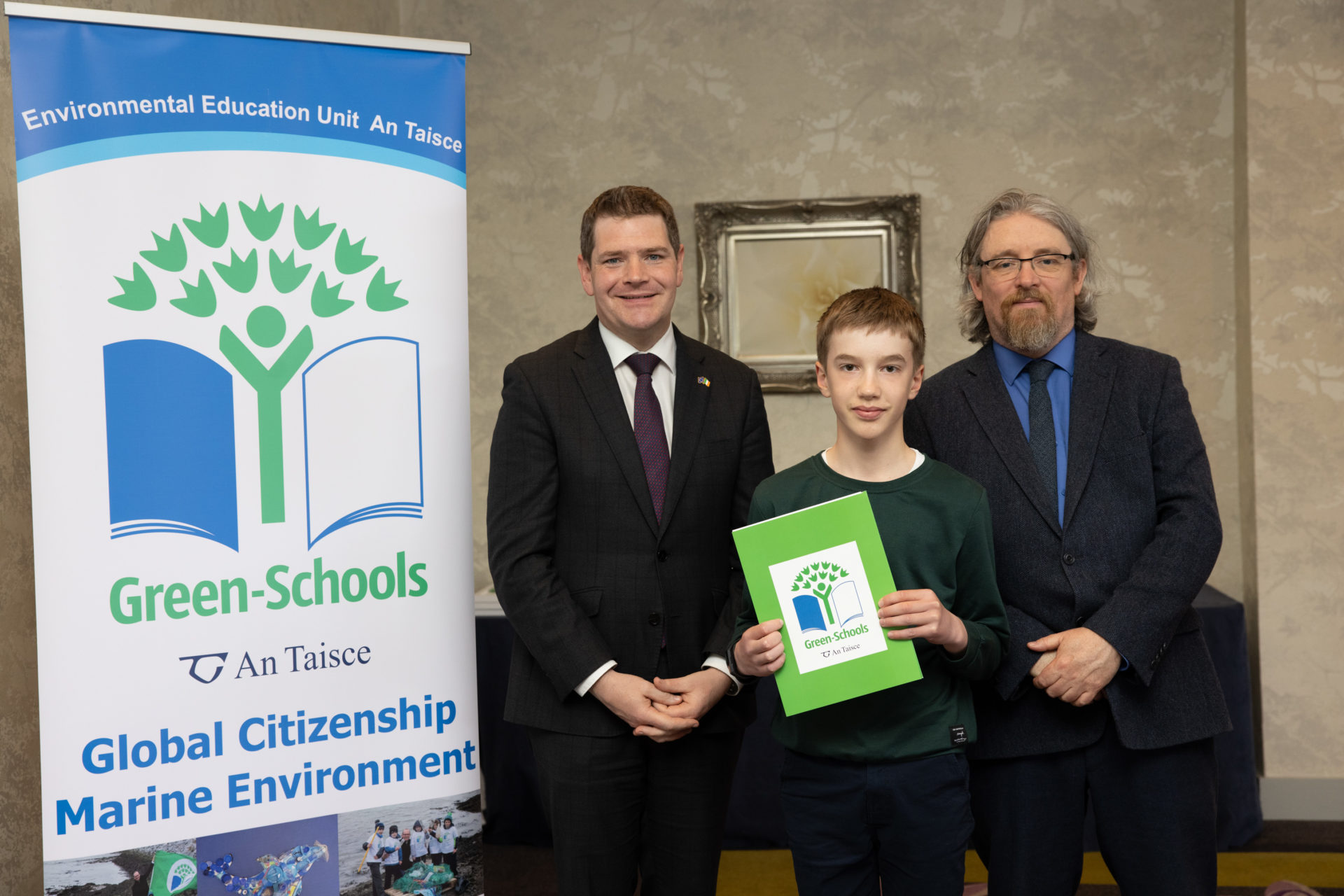 Students from 15 schools were honoured at an award ceremony yesterday celebrating the winners of this year’s Green-Schools Marine Spatial Planning Competition: Our Ocean, Our Plan. Nine students were awarded for their posters depicting their vision for the future of Ireland’s seas and eight school groups won for their 3D models showing how they envisage our seas’ future.

In partnership with the Department of Housing, Local Government and Heritage, Green-Schools asked students to create posters or 3D models showing how they would like Ireland’s seas to be used in the future. The competition ties in with The National Marine Planning Framework, which will try to balance the different demands for using the sea including the need to protect the marine environment. The framework is about planning when and where human activities take place at sea and ensuring these activities are as efficient and sustainable as possible. The competition was open to schools taking part in the Green-Schools Marine Environment theme, which encourages schools to discover how their work on the Green-Schools programme has positively, influenced people and their local environment while focusing on our oceans and seas. 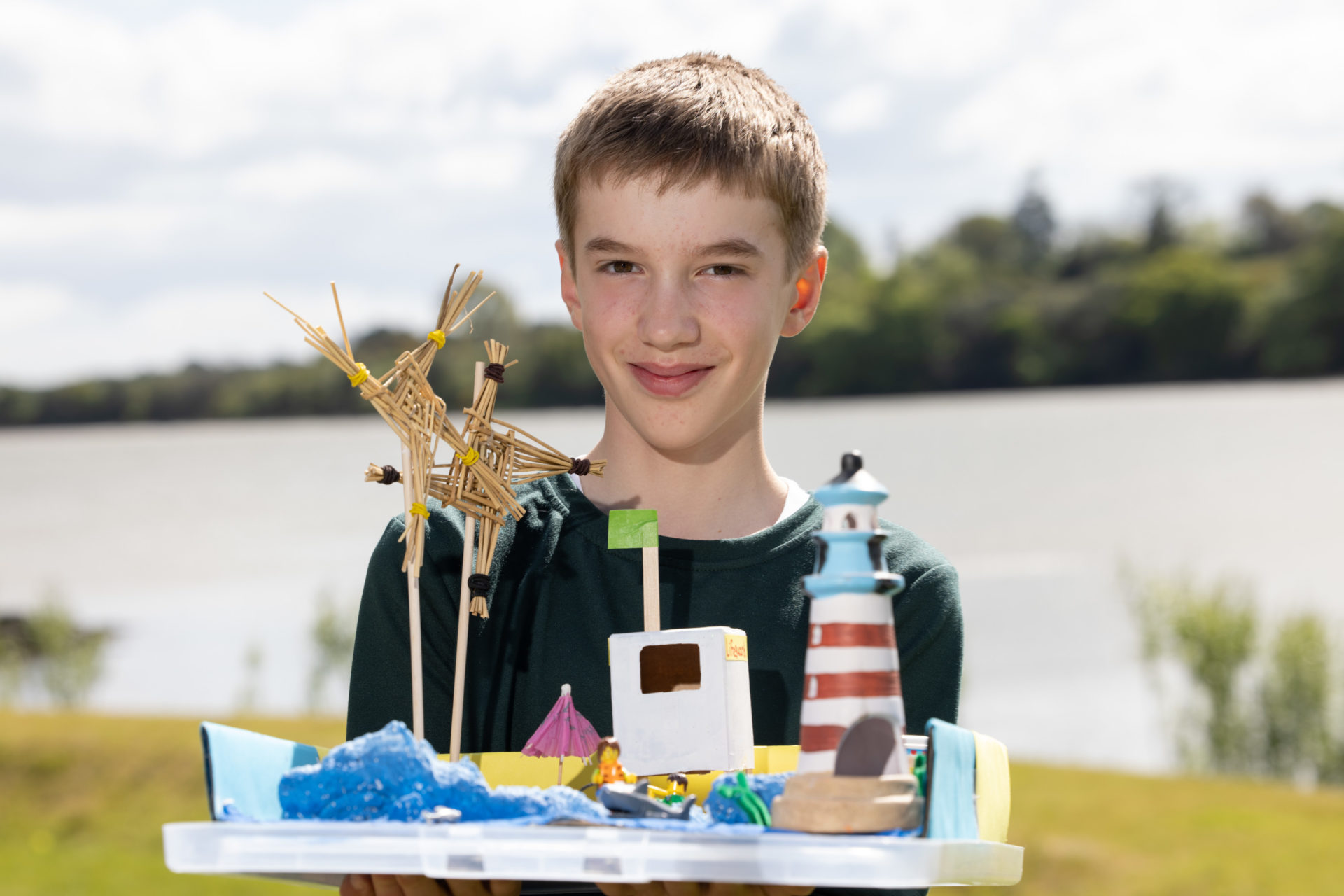 James Brisson from St Oliver Plunkett National School, Ballina pictured in Wexford at the Green-Schools Marine Spatial Planning Awards on May 11 with his award-winning 3D model

As part of their work on the Marine Environment theme schools are asked to investigate the sources of marine litter, take part in a #2minutebeachclean and carry out a Marine Litter Awareness survey. The results of this survey in 2022 have shown that schools made great strides in learning about marine issues, increasing their knowledge of reasons why marine litter is bad for the environment from 44% to 85% and strengthening their awareness of the ways in way climate change affects the marine environment from 35% to 74%.

Minister of State at the Department of Housing, Local Government and Heritage, Peter Burke TD celebrated with schools at the award ceremony: “When you are introducing something new and innovative in Government, as we are with the National Marine Planning Framework, reaching certain sectors of the community can have challenges. Children can often be overlooked, and this is something we became acutely aware of during the development of the marine plan. I place great importance in getting our message about marine planning and this new plan into schools. 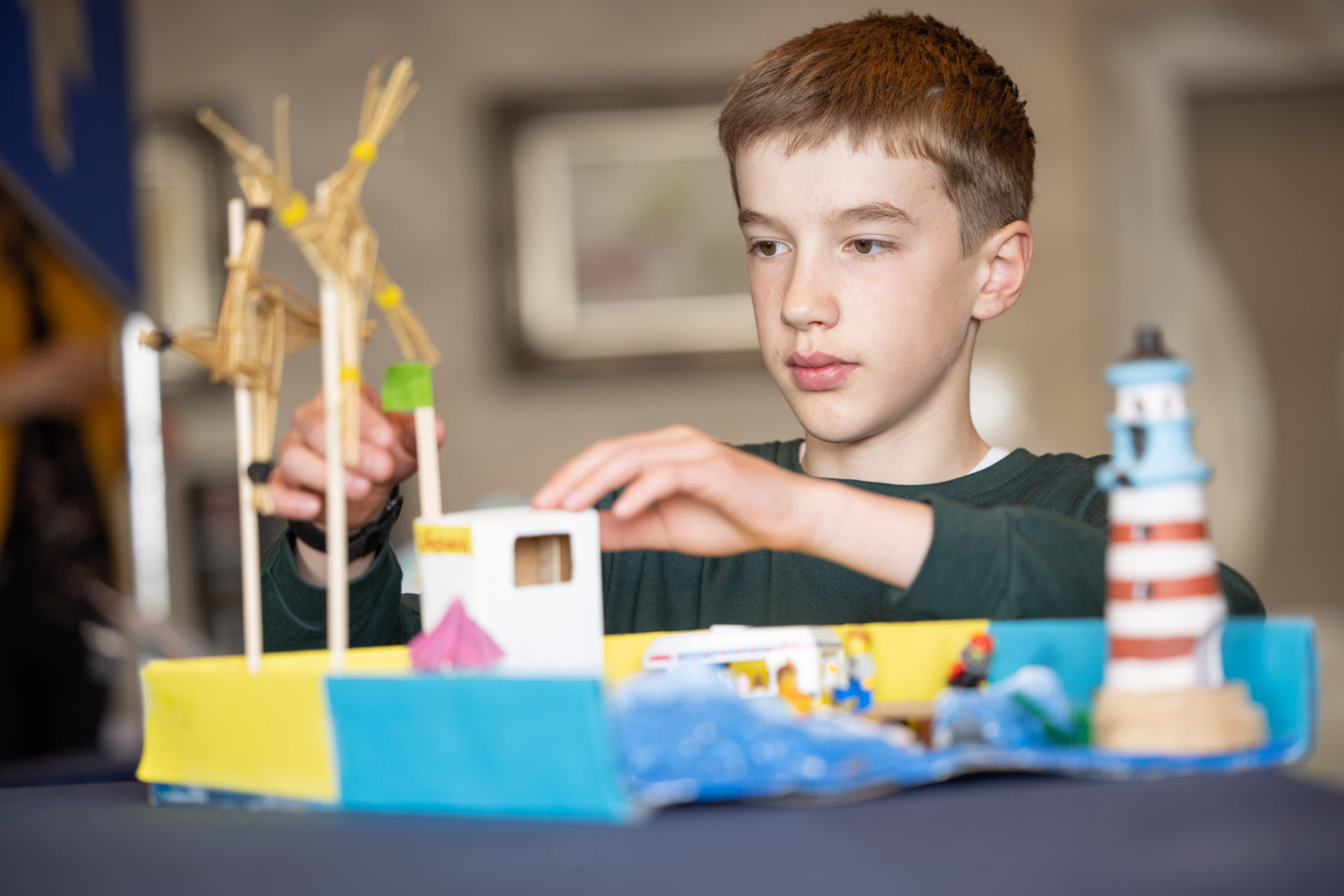 James Brisson from St Oliver Plunkett National School, Ballina pictured in Wexford at the Green-Schools Marine Spatial Planning Awards on May 11 with his award-winning 3D model

“Students have led the way in many environmental initiatives and their generation is the first to acknowledge and take steps to combat the severity of the climate crisis on a widespread basis. And so this ‘’Our Seas, Our Plan’’ competition is a direct response. It is our way of asking young people to think about what they want to happen in our seas into the future. I’m delighted with the overall high standard of the many entries received, and I think it is great to see such high levels of interest in our marine from so many of our young people”

Green-Schools Manager Cathy Baxter added: “It’s amazing to see the innovative and creative ideas that have been produced as part of this competition. Thanks to everyone who participated, it’s fantastic to be able to celebrate in person with you all at today’s event”.