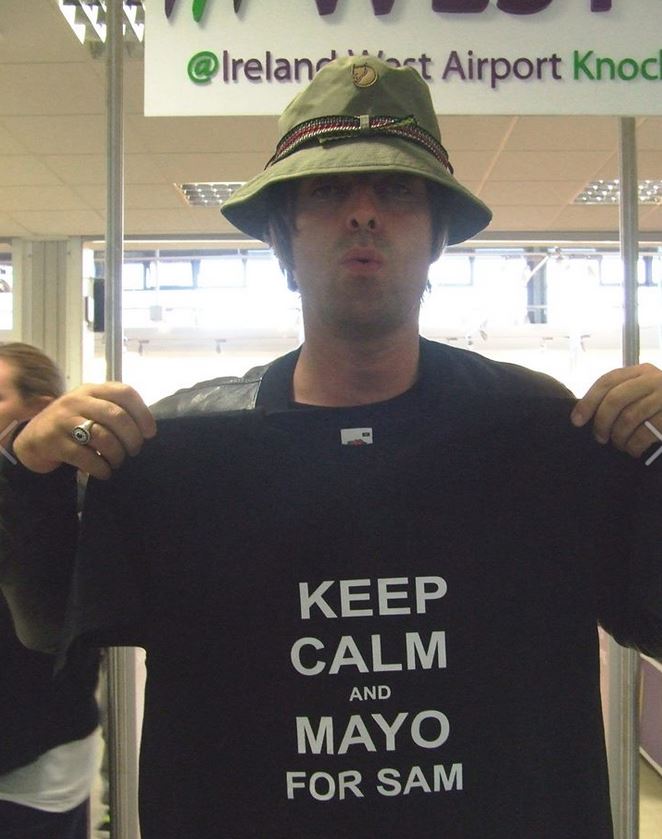 Liam Gallagher showing his support for Mayo after a previous visit to Charlestown, the birthplace of his mother Peggy.

Famous rock star Liam Gallagher has backed Mayo to win the All-Ireland and has dismissed the curse in a recent interview.

Appearing on The 2 Johnnies podcast, the former Oasis singer talked all things Mayo.

Liam and brother Noel’s mother Peggy is a native of Charlestown. 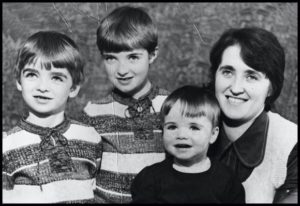 Liam reckons Mayo will win the Sam Maguire at some point.

Speaking on the podcast, he said: : “I’ve watched it sometimes but Dublin are always f*****g smashing them out of it.

Gallagher also revealed he is planning a massive 80th birthday party for his mother next year in Mayo.