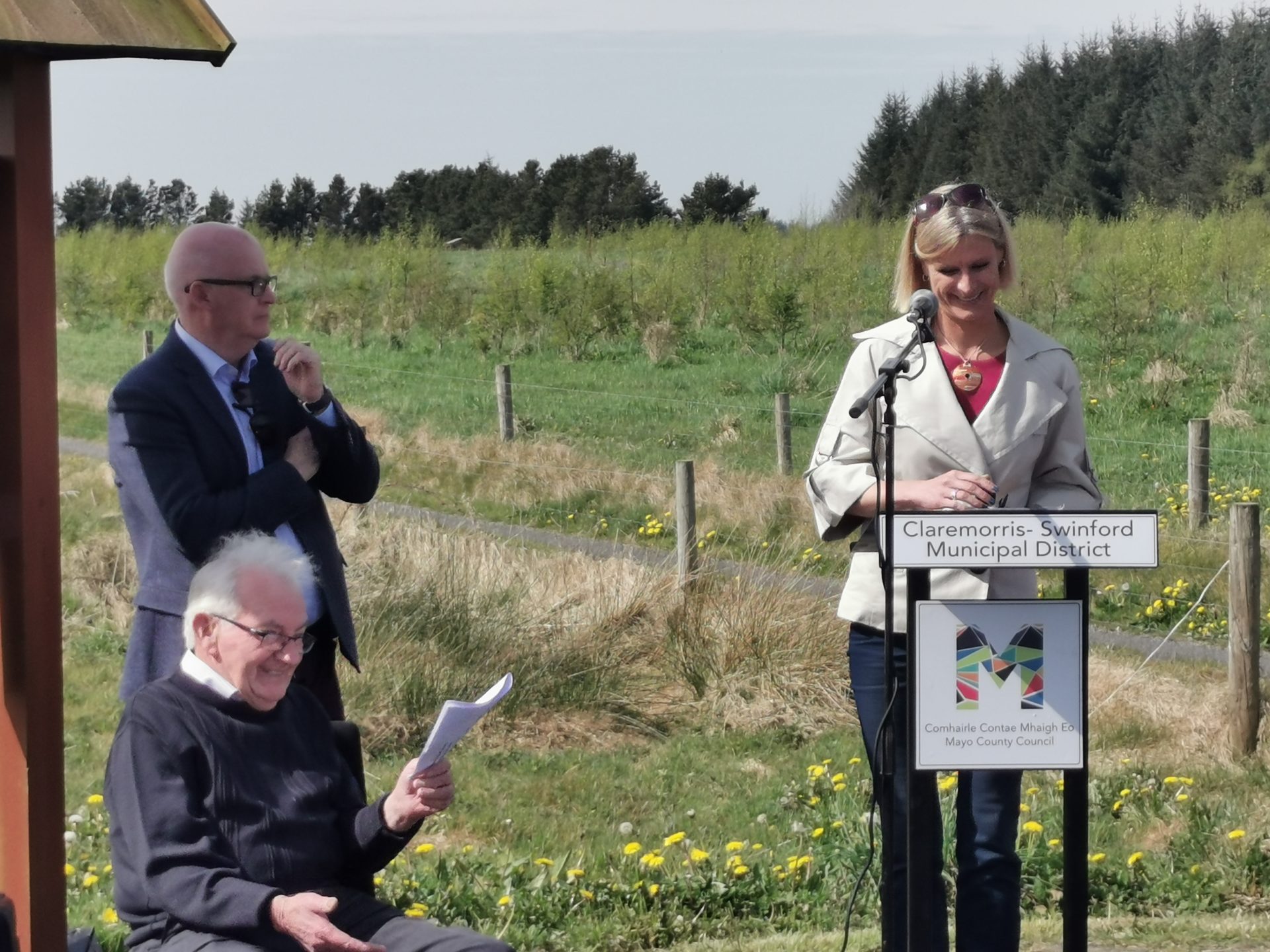 It was a joyous occasion in the heartland of Mullenmadogue near Charlestown on Friday as years of hard work came to fruition for a local man.

Farmer Martin Neary was hailed by politicians and members of the public alike for his incredibly generous and philanthropic act of bequeathing 36 acres of his own land to Mayo County Council to be used as a biodiversity park and community woodland for generations to come.

Minister of State for Land Use and Biodiversity Senator Pippa Hackett, Deputy Dara Calleary, Cathaoirleach of Mayo County Council Cllr Michael Smyth and local councillor Gerry Murray were all in attendance to mark the opening of Martin Neary Woodland Park. As the sun blazed down, Senator Hackett joined Martin in cutting the tape. 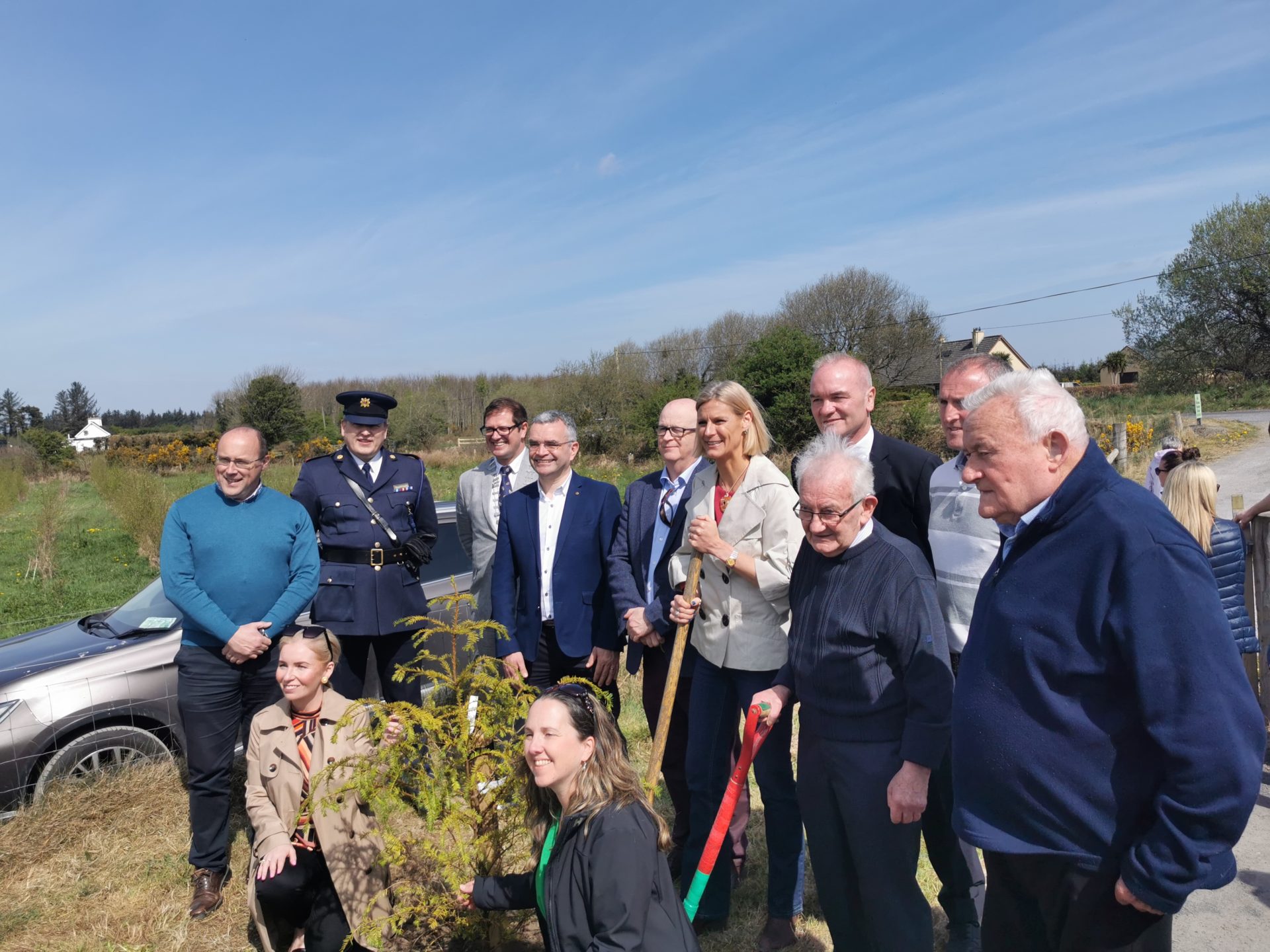 It has been a busy week for the Mullenmadogue man, who was on the front page of Friday’s edition of The Irish Times and on the RTÉ News. The 78-year-old’s story is one certainly worth telling and will be recounted for decades in the future.

In 2010, Mr Neary telephoned Cllr Gerry Murray and notified him of his desire to be buried on his own land. Cllr Murray explained that this was unprecedented and the council would refuse planning. However, Martin wasn’t to be deterred and he set about appealing the decision with An Bord Pleanála with the help of Charlestown-based architect John Halligan.

Five years later, An Bord Pleanála overturned the local authority’s decision with some conditions, one of which being that Martin’s gravestone must be erected before he dies. His gravestone can be found at the woodland park and he will be the third person in the history of the State to be buried on their own land.

In recent years, Mr Neary made the decision bequeath his family farm to the people of Ireland and signed it into a public trust whereby the council would be the custodians. So modest is he that this was all supposed to happen after his death.

However, with the drive of Parks Superintendent Peter Gill, Western Forestry Co-Op began planting trees in 2018 to ensure that the park could be opened as soon as possible. Despite the project being delayed by Covid for two years, Mr Neary was in attendance to witness Friday’s ceremony. 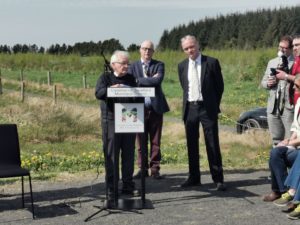 “I was surprised to get such praise, I didn’t think I deserved such a reaction,” Martin told the Western People.

“It worked out perfectly for me because I still get to live here and watch the trees grow and I’ll enjoy that for however long I have left.”

Cllr Murray was described by many as the link between Martin and the council and he was proud to see Martin have his big day.

“If Martin had his way, this would have all happened after he died but this is way it panned out and it’s great that he gets to enjoy it now,” Cllr Murray said.

Minister Hackett added: “I am thrilled to be back in my home county of Mayo today to open this Community Woodland. It is a fantastic resource for local people and visitors.

“Generations to come will benefit from trails and play areas in what will become a wonderful native woodland as it matures. Martin’s generosity is a fantastic contribution to his locality“.