There has been no inclination shown by Mayo County Board to row back on their controversial decision to appoint James Stephens Park in Ballina as the venue for next Saturday’s crucial clash of Mayo and Sligo in the Christy Ring Cup, the Western People understands. 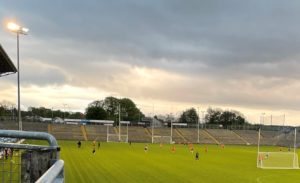 The Mayo senior football squad was training in MacHale Park on Tuesday night but the ground is not being available to the Mayo senior hurlers for their crucial championship clash with Sligo on Saturday.

As reported by this newspaper on Tuesday, a decision not to allow the Mayo senior hurlers play their next two home games at Hastings Insurance MacHale Park – they are also due to host Derry on May 14 – has been taken by Mayo County Board on the basis that the newly resurfaced pitch is still in developmental stage and needs protecting. We can reveal, however, the Mayo senior football panel trained at MacHale Park on Tuesday night.

The Mayo hurlers are seeking to play Saturday’s crucial fourth-round championship tie with Sligo at the county ground two weeks after the Mayo footballers hosted Galway at the same venue in the Connacht SFC quarter-final but the County Board has insisted they must instead play the match in Ballina.

Win that game and Derek Walsh’s side will have preserved their status in the Christy Ring Cup for a second season, win that and their subsequent clash with Derry and they reach the final which is due to be played in Croke Park on May 21. 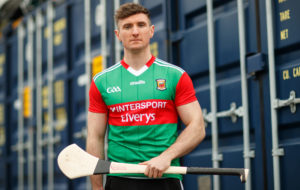 Cathal Freeman believes the decision not to allow the Mayo hurlers the use of MacHale Park reflects poorly on the County Board. Picture: INPHO/James Crombie

Cathal Freeman, who featured on the Mayo team that won the Nicky Rackard Cup last season but who is not currently part of the Mayo squad, has said the decision to deny the senior hurling team the use of MacHale Park for its championship matches “reflects poorly on those in power and disadvantages the team”.

Responding on Twitter to the Western People’s story, Freeman said it was his experience that Mayo County Board has resourced the senior hurling team very well but that, “Along with resources, what’s needed is a spirit of cooperation – it is lacking here. There are no winners at the moment.”

He added: “Mayo GAA is a big machine with many moving parts. Of course there are going to be incorrect decisions made. This is one that is easy to rectify. I hope those that can will do the right thing.”