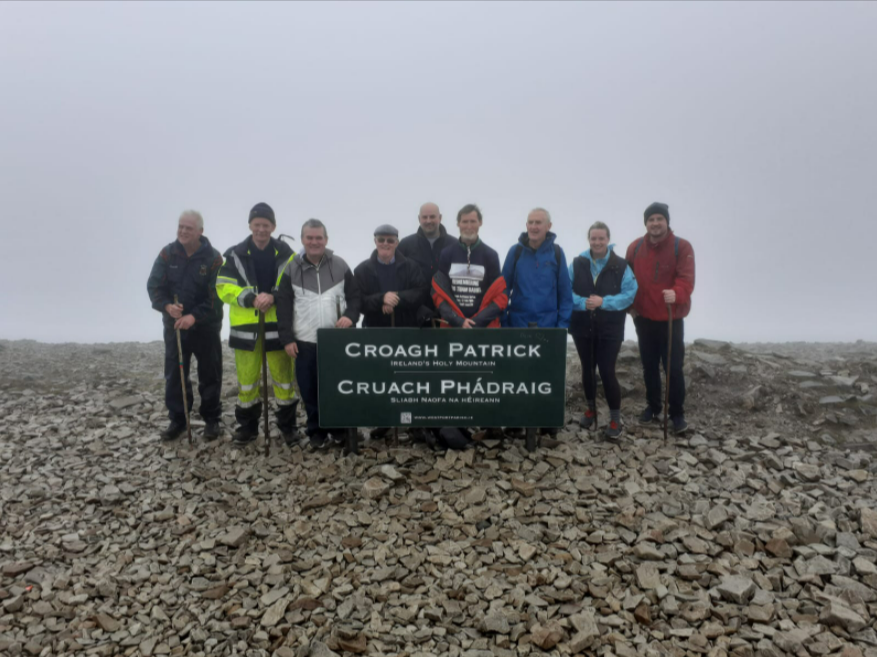 The Aughagower man is committed to climbing the Reek seven times during 2022 in memory of the babies who died in the Tuam facility in 1952, the year he entered the home.

On Sunday, he remembered Joseph Anthony Burke who died at the age of five-and-a-half months on April 17, 1952.

Mr Ó Maolchroin thanked everyone who climbed the Reek with him on Sunday: “go raibh maith agat to all that climb the reek on Sunday.”

He spent the first seven years of his life in the Tuam home and over those years a total of 41 infants died at the facility.

On February 10, he scaled the West Mayo mountain in honour of John Noone, from Cross in South Mayo who was just four-months-old when he died in the Tuam on February 10, 1952.

Tomorrow, he will remember Anna Josephine McDonnell from Clifden Co Galway, who died in the home aged five-and-a-half months old, on March 31, 1952.

On his first climb, a German film crew climbed with him and a film has been released in Germany.

Mr Ó Maolchroin says that he is climbing Croagh Patrick to keep it in people’s minds as he feels still not enough is being done about the 796 babies who died in the home from the last 1920s up to its closure in 1961.

First call out of 2023 for Achill Island RNLI