Lorry overturns in the west

A stop-and-go traffic system is in operation near The Sheepwalk Bar about a mile from Frenchpark village after a lorry left the road and overturned in a single vehicle collision, which occurred this morning (Friday) between 9.30am and 10am.

It’s understood the lorry was travelling in a westerly direction on the N5 just outside Frenchpark heading towards Ballaghaderreen when the vehicle left the road. The driver of the vehicle was uninjured. 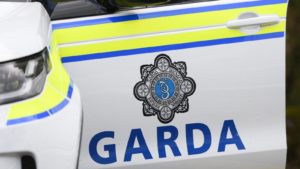 A stop-go traffic system is in place at the scene on the N5 Dublin to Westport road, close to where the incident took place.

Motorists can expect slight delays when undertaking their journeys and are urged to drive with caution when approaching the scene of the accident.

A larger than normal volume of traffic has been reported on the road this morning, owing to the Easter Bank Holiday weekend on what is traditionally one of the busiest road networks in the region.

Gardai expect the stop-go system to remain operational until at least this afternoon. Gardai have also urged motorists to drive with extra care and attention as road conditions remain damp and potentially hazardous.