Mayo student is Player of the Match against England

Emma Duffy from Davitt College, Castlebar was Player of the Match for the Republic of Ireland Under-15 Schools team after they defeated England 4-1 in the Bob Docherty Cup in Newcastle on Tuesday.

Duffy was given Player of the Match by the management team because of her stellar performance over the 70 minutes. Her reading of the game was excellent and her composure on the ball ensured the holding midfielder halted plenty of the English attacking prowess. 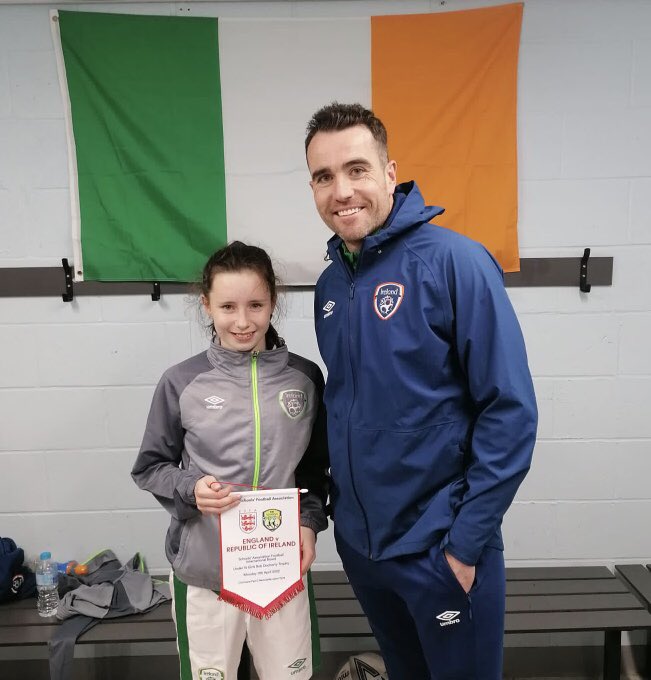 Emma Duffy presented with her Player of the Match award from Ballina native Emmet Peyton, who is goalkeeping coach.

Richard Berkeley’s side are playing in the final of the Bob Docherty Cup against Scotland this morning at 11am in Cochrane Park in Newcastle University. There is no live-stream but the FAI Schools’ Twitter page is posting updates.