A 58-year-old man who was found dead in Sligo town last night has been named by local gardaí. 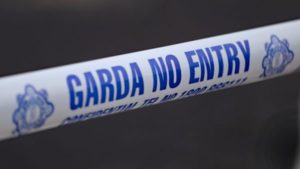 Michael Snee, who gardaí say had suffered “significant physical injuries”, was discovered at an apartment on Connaughton Road.

A man in his 20s has been arrested on suspicion of murder.

He is aged in his early 20s and is now being held on suspicion of murder at Sligo Town Garda Station under section 4 of the Criminal Justice Act.

It is the second murder in Sligo since Monday.

Gardaí are investigating if a Sligo man whose body was found badly mutilated in his home had met his attacker online, as a murder investigation officially opened on Tuesday night.

Businessman and Fine Gael activist Aidan Moffitt is believed to have died violently after his body was discovered in his home in Cartron Heights, Sligo at about 8.30pm on Monday with serious injuries.

The following is a press release from Chief Superintendent Aidan Glacken of Sligo Garda Station:

There Gardaí discovered the body of Michael Snee, 58 years.  Michael had been subject of a serious physical assault and had suffered significant injuries.

Previously on Monday 11th April at approximately 8.30pm Gardaí from Sligo Garda Station attended at a private residence at Cartron Heights, Sligo, following a call from the public.

There Gardaí discovered the body of Aidan Moffitt,42 years.  Aidan had also been the subject of a serious physical assault and had suffered significant injuries.

Michael and Aidan were well known and respected in this community.  They were assaulted and murdered in their own homes. Our thoughts and prayers are with their families at this time and indeed their friends and the wider community in Sligo.

Family Liaison Officers have been provided to both Michael and Aidan’s families and An Garda Síochána continue to provide ongoing support to the families.

I have commenced two separate murder investigations. A Senior Investigating Officer is in charge of each investigation supported by an incident room.  Substantial Garda resources are dedicated to these investigations with further support from Regional and National Units.

Both scenes have been sealed off and remain so, the Garda Technical Bureau are conducting a detailed forensic examination of each scene.

Shortly after 1.30am this morning a male in his early 20s was arrested for murder.  This male remains in custody, detained under section 4 Criminal Justice Act 1984, and I cannot make any further comment on this part of the investigation.

We continue to retain an open mind in this investigation.

I would like to thank the community for their cooperation and assistance so far, information received from across the community continues to assist us in our investigation.  It is heartening to see such cross community support at this time.

I continue to appeal to the public for their assistance in that regard.

We are actively investigating as to whether there is any hate related motive to these murders, An Garda Síochána will endeavour to seek out all the available evidence, and ultimately it will be for a Court to decide on the motivation behind these appalling crimes.

We continue to explore all the circumstances of these cases and are examining another recent incident which occurred in the Sligo area.  I am appealing to any person who may have been subject of any unwanted approaches or who was assaulted or otherwise attacked to contact the incident room at Sligo Garda Station.  I have a dedicated diversity team here, we need to hear from you, we are here to listen to you and we are here to support you.

An Garda Síochána has an online facility to report Hate Crimes on the Garda website.

I continue to appeal to anyone with any information on these crimes to contact us at Sligo Garda station.  No matter how insignificant you think it may be, we need to hear from you.

I would like to reassure the public that all any information received will be treated in the strictest confidence.

Finally, our thoughts and prayers are with Michael’s and Aidan’s families at this time.”