Mayo make one change to starting side for Leitrim clash 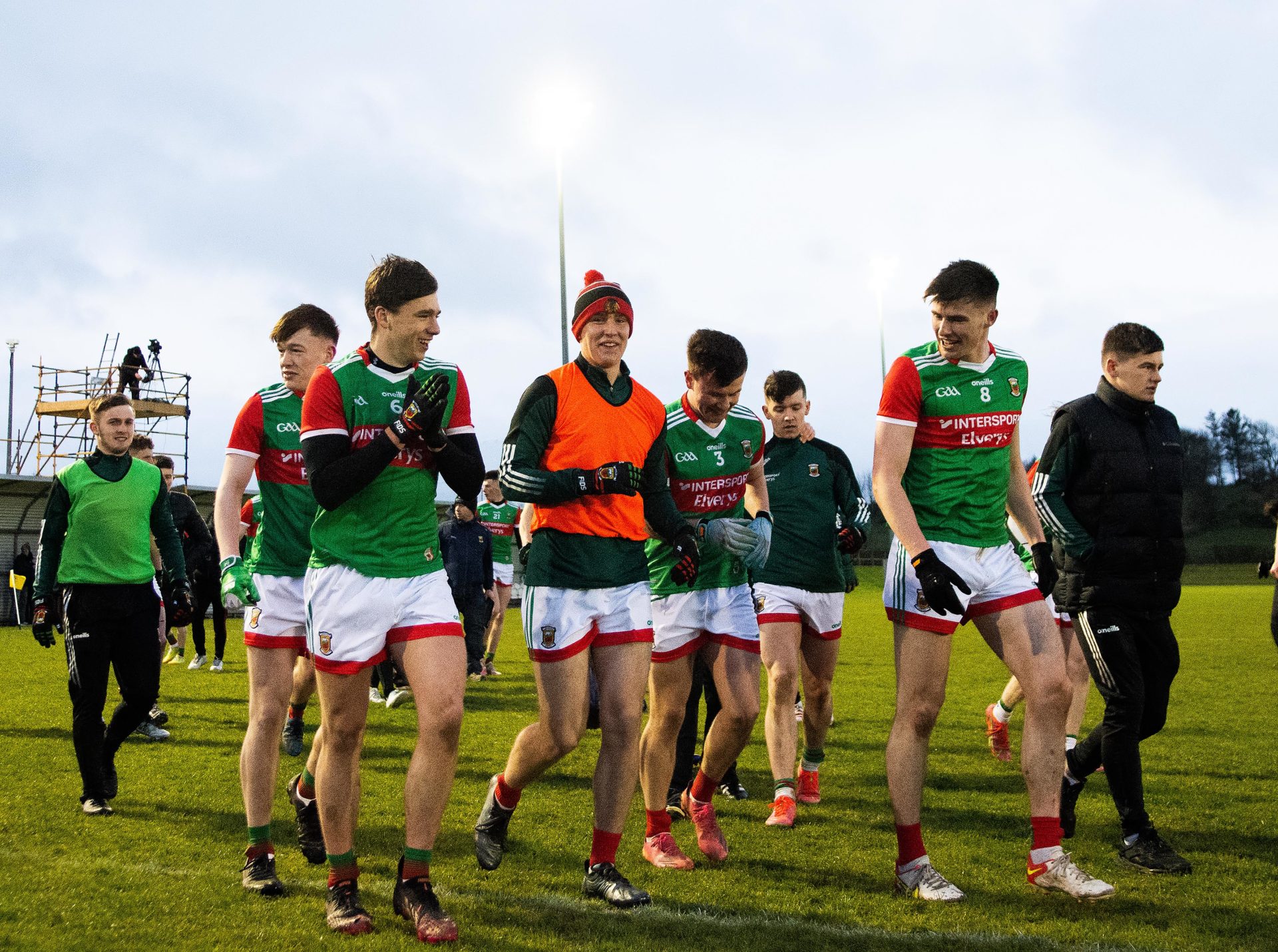 Mayo players departing the field at Bekan after their win over Galway in the Connacht under-20 championship last week. Picture: INPHO/Evan Logan

Mayo under-20 manager Maurice Sheridan has made one change to his starting side for Wednesday evening’s Connacht U20 Championship semi-final against Leitrim in Carrick-on-Shannon.

Jack Fallon, scorer of Mayo’s only goal in their 1-6 to 1-4 quarter-final win over Galway in Bekan last week, has dropped out of the side with a slight injury. His place at wing-forward has been taken by Sean Morahan of Castlebar Mitchels.

The only other change to Sheridan’s match-day squad sees Rory Morrin from Ballina Stephenites come into the substitutes in place of Fallon.

Mayo senior panelists Sam Callinan, Frank Irwin and Donnacha McHugh are all named to start around the middle while the likes of Conal Dawson, Tom O’Flaherty and Cian O’Connell, who were among Mayo’s best performers in the victory over Galway, all retain their places.

Tomorrow evening’s game throws in at Pairc Sean Mac Diarmada at 6.30pm and will be refereed by Sligo’s Ronan Hynes. It will be streamed live via the TG4 YouTube channel. The second semi-final, between Sligo and Roscommon, takes place at the same time in Markievicz Park.