Gardaí attended Roscommon Train Station due to alleged anti-social behaviour onboard a special train from Heuston to Westport on Sunday evening. 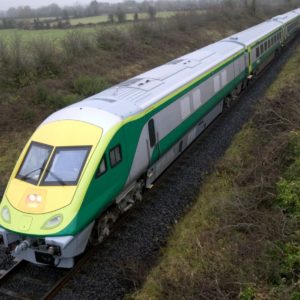 Midwest News is reporting that passengers on the train were “petrified” during parts of the journey as a group of people appeared to be intoxicated and were shouting at innocent passengers in carriages.

There was no security on the train and there was no ticket collector.

Midwest News added that the train driver had to try to deal with the problem and at Roscommon Station the intoxicated group was eventually escorted off the train, as Gardaí were on the platform.

Iarnród Éireann confirmed that Gardaí were called to attend at the 7.15 pm special train.

They were called to address a group who were intoxicated, and a specific issue of abusive language. Gardaí were at Roscommon station as the train arrived and addressed the matter with the individuals concerned. The train then progressed after a 12 minute delay.