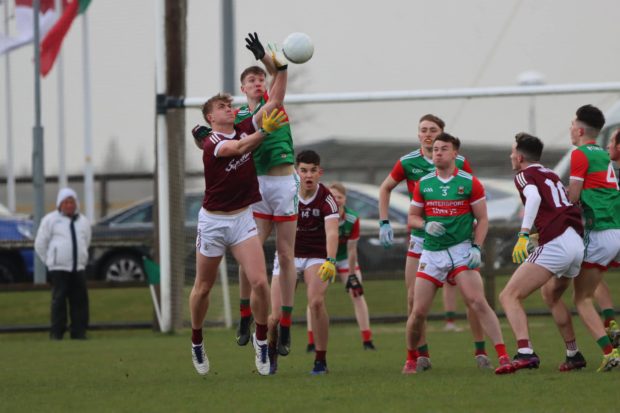 The Mayo U20 footballers are through to the Connacht football championship semi-final after they overcame old rivals Galway in a wet and windy Bekan this evening.

Mayo Gaels’ Jack Fallon’s 35th minute goal was what separated the sides in the end.

It was very tough conditions for both teams as they played outside, despite the Air Dome next door, as the sides were levelled at 0-2 apiece at the interval.

Fallon was on-hand as a Galway defender made a mistake to round ‘keeper James Egan and tapped into an empty net.

Mayo were leading comfortably 1-6 to 0-3, until midfielder James McLaughlin found the net on the 58th minute. Nathan Grainger pointed a free to make it 1-6 to 1-4, but Maurice Sheridan’s charges held out as they played keep-ball to advance into the semi-finals.

For a full report and details, see next week’s Western People.

Draws for quarter-finals of Mayo club championships made