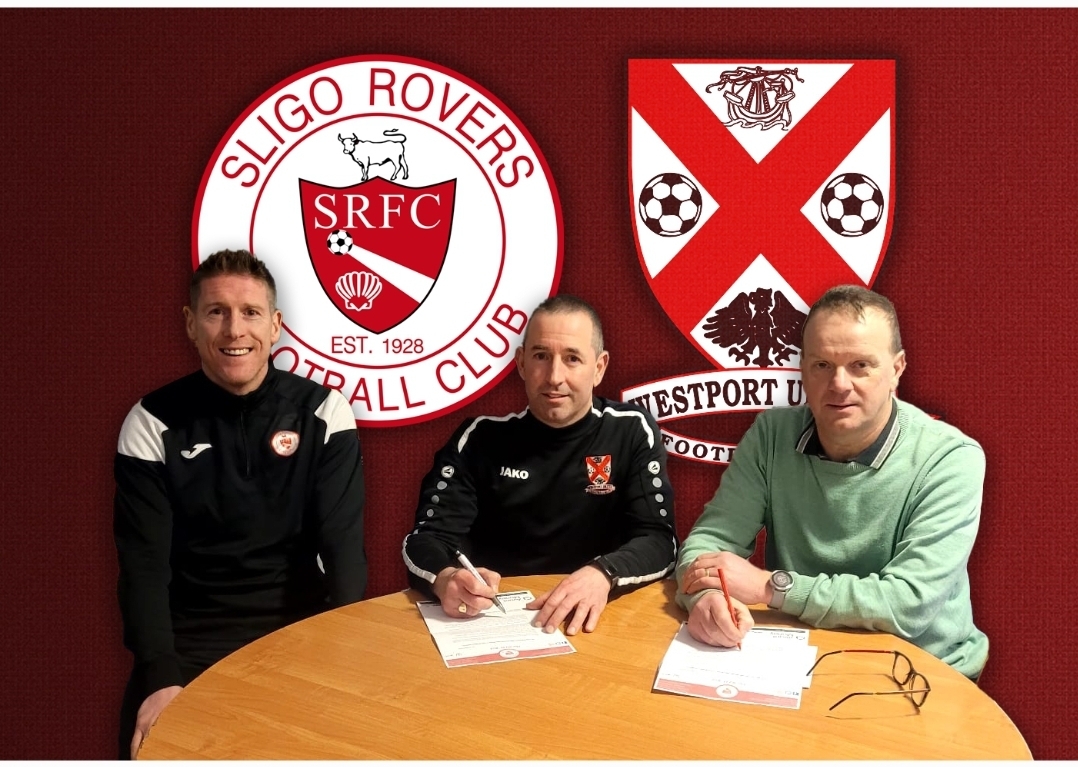 Sligo Rovers are continuing to strengthen their ties around the region with the announcement of a new partnership with Westport United from The Mayo League.

The new agreement will see Rovers and Westport work together on player development which will include knowledge sharing and workshops between Sligo Rovers Academy staff and Westport United personnel.

There have been close links between the clubs for many years with many supporters of Sligo Rovers coming from Westport and surrounding areas as well as recent Academy graduates Cillian Heaney and Conor Walsh progressing through their academy into the First Team squad.

The Bit O’ Red have a number of exciting players from Westport currently in their academy structure, with these players having been developed from a young age by the Mayo club which has a proud and successful tradition in the game.

The agreement was welcomed by Sligo Rovers Head of Academy Conor O’Grady:

‘’We are delighted to partner with Westport United. We have been working together for many years now and it’s good to have something official in place that will help both parties. The talent coming from Mayo to Sligo Rovers is second to none and that goes down to Westport United and all the other clubs in the county. It has some fine facilities and fine coaches which will only develop the local players further in years to come.”

“We’re delighted to enter this partnership with Sligo Rovers. We have worked closely and successfully over the past few years which has seen many of our youth players advance to the next level of football in the country with the Bit O’ Red. Sligo Rovers are a major player in Irish football. This partnership will help Westport United to further cement our place at the top of the amateur game, while our players and coaches will benefit hugely from the assistance and expertise that the Sligo Rovers academy will provide. This is an exciting partnership that we are all looking forward to in bringing even greater player development and will bring further success to both of our clubs.”

The agreement will also see the clubs play in a friendly match each season as well as the possibility of hosting Sligo Rovers led coaching camps throughout the year.

Westport United players and personnel will also be Rovers’ guests at their Senior Men and Women’s games later this season.