The council was forced to hand back €1.1 million worth of funding to the Department of Rural and Community Development. The funds had been allocated for numerous projects across the county but never spent. An audit found miscoded invoices and money drawn down before any work had taken place. The council was fined €160,000. 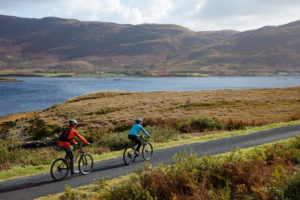 Westport-based Fine Gael councillor Peter Flynn questioned why no one from the council has taken responsibility or issued an apology for the failings.

“You cannot put a number on the damage that has been done, obviously there was a cost for the projects that have suffered but the main cost is the reputation of the council.”

Independent Westport councillors Christy Hyland and John O’Malley expressed anger at the debacle. They said that they met with the people in Louisburgh and promised them the Clew Bay greenway at a time when council management knew the funding had been returned. They also questioned why projects such as Moorehall and the swimming pool in Castlebar were given funding but other projects were overlooked.

Cathaoirleach and Fianna Fáil councillor Brendan Mulroy said legislation was before the Oireachtas that would see officials and elected members answerable to the Public Accounts Committee.

“It needs to be signed off on,” he said, adding that he questioned his position over the weekend.

Director of services Catherine McConnell acknowledged that was “a systems failure” in the council and said the local authority had learned from its mistakes.

However, Mr Flynn said he was  “disappointed” at Ms McConnell’s remarks, adding that it was a “human failure” that caused the problem and that she “failed in her role”.

Fine Gael councillor Gerry Coyle said that the councillors should not discuss the issue until the audit committee released its findings, but Mr Flynn said he had “no faith” in the committee and that an external investigation is needed.