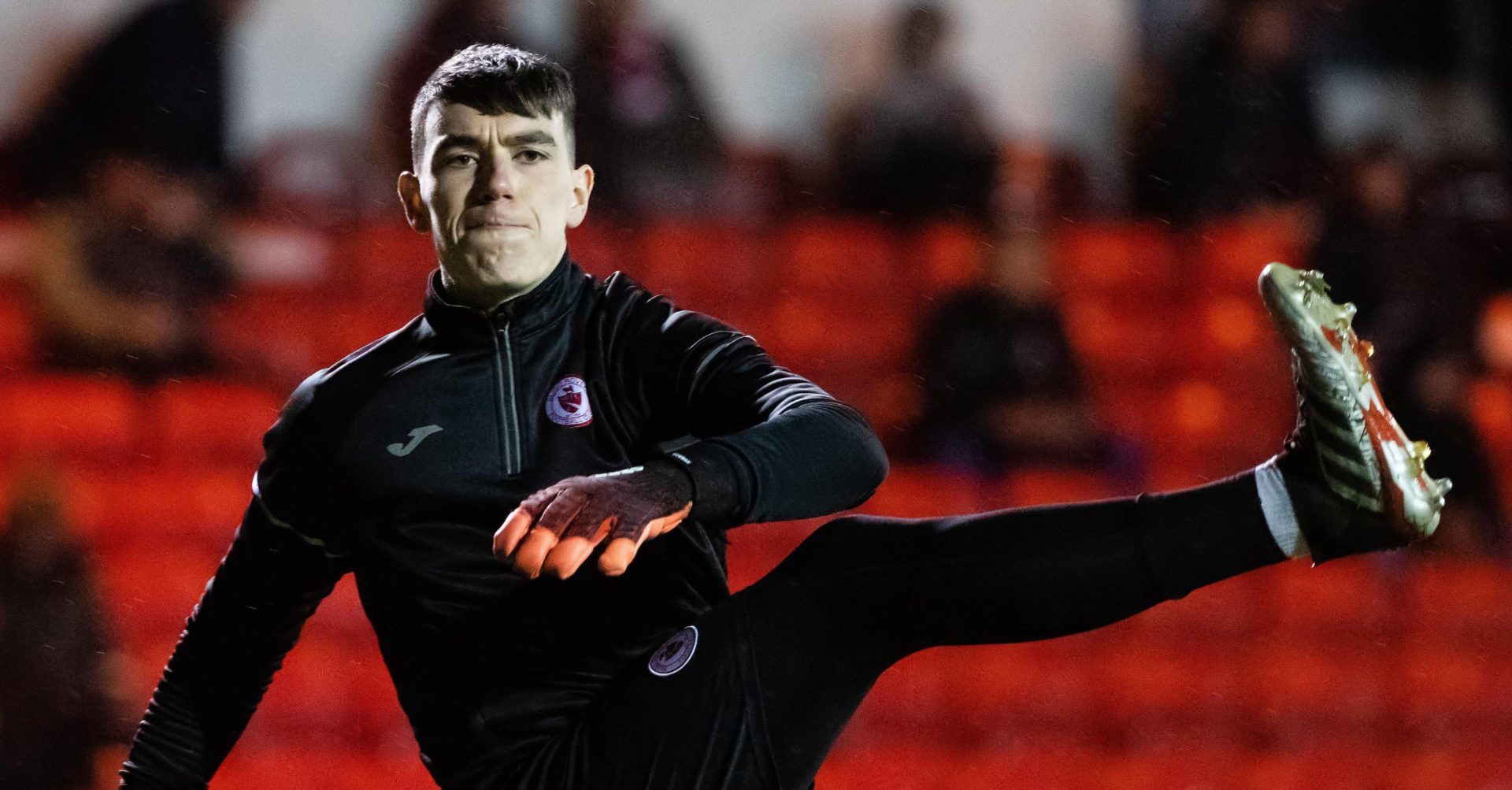 Last week was a spectacular success for Belcarra native Luke McNicholas who won the League Cup with Cliftonville and was then named in the Republic of Ireland U21 squad for its crucial European Championship qualifier against Sweden this week. Picture: INPHO/Evan Logan

In a dramatic and action-packed BetMcClean League Cup Final in Windsor Park, Cliftonville beat Coleraine 4-3 after extra-time meaning a first-ever senior winner’s medal for Mayo goalkeeper Luke McNicholas. A winner’s medal had looked unlikely given that Cliftonville trailed 2-0 with half an hour of last Sunday week’s final to go, yet they equalised in stoppage time to take the game into extra-time, making the occasion even more memorable for McNicholas who is on loan at the Northern Ireland outfit from Sligo Rovers.

“Yeah that’s it, it seemed unlikely that we could come back, especially against a team like Coleraine who have such a good defensive record,” admitted the Belcarra native after the game.

“But with half an hour to go and even though we were two down, you still had that hope that we could turn it around and when Paul (O’Neill) got the equaliser in the last minute well you couldn’t write it! For a game to finish 4-3 in that manner, especially a final, is madness. You don’t see high-scoring finals such as that game come around too often. Cup finals are usually tight, tense affairs and this game was anything but.”

This was the first cup final played on a Sunday in Northern Ireland and it proved to be a great success, not only producing a high scoring game but also a very large attendance and the supporters making for a special atmosphere.

“It was class, the atmosphere was unreal, there were over 11,000 there and the noise was like nothing else I had played in front of before, especially when we scored our goals. When we scored and the way in which we did, the noise was unreal, it was a great experience. The whole experience was great; playing on a Sunday afternoon in a class stadium like Windsor Park and with the amount of people that were there, the ground seemed to be full,” said McNicholas.

After the game, Cliftonville players and supporters took their newly won trophy back to Solitude for a special celebration in the club’s social club which again was another special moment for McNicholas.

“The party afterwards was class. We went back to the social club and the fans were in with us and moments like that are something that you never forget. For me it is my first senior winner’s medal and to be able to celebrate it with our supporters like that meant you could see how much it meant to them as well. It has been some twelve months; I played in Europe for Rovers and have now won the League Cup with Cliftonville.

“If you had told me that this time last year I wouldn’t have believed you when I was sitting on the bench with Finn Harps,” (where McNicholas also spent a short period on loan).

Cliftonville are now on course for the treble as they remain in contention for the League and are through the semi-final of the IFA Cup where they will take on Crusaders on April 1. McNicholas will get to remain a part of this treble chase as Sligo Rovers and Cliftonville agreed to extend his loan until the end of the season in the North.

“We have to keep going now; we have won the League Cup but still have the League and the IFA Cup to play for so we can’t rest on our laurels and have to keep playing as if nothing has changed. We have ticked one box out of three and have two more to get. We have to keep pushing on and keep on this winning run of form. I was delighted when the clubs agreed to extend the loan as this has been a great experience for me and for me to be able to play in big games like the ones we had and the ones we have coming up can only benefit me in the long run.”

There was further good news for Luke McNicholas last week when Republic of Ireland Under-21s manager Jim Crawford named him as one of three goalkeepers in a 21-man squad for the UEFA U21 European Championship qualifier with Sweden this week.

The young Boys in Green head to Boras, Sweden as they continue their push for qualification to the 2023 UEFA U21 European Championships in Georgia and Romania.