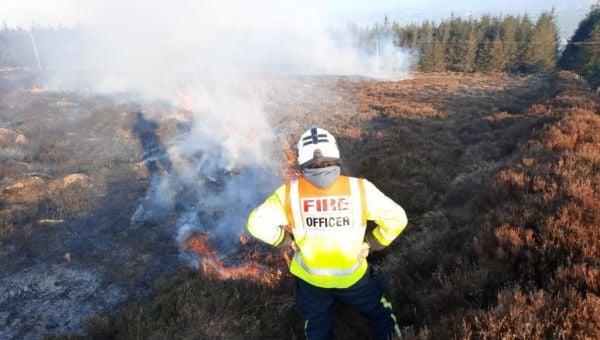 Fire crews in the southeast are warning that call-outs to gorse fires are placing communities at risk.

Fire crews in Carlow and Kilkenny have been battling a number of gorse fires over the past several days.

One of these extensive gorse fires is still ablaze on Mount Leinster, which straddles the Carlow and Wexford border.

The Department of Agriculture, Food and the Marine issued an Orange Forest Fire Risk warning for four days from last Thursday to Monday.

A gorse fire broke out on Brandon Hill, close to Graiguenamanagh, Co Kilkenny on Thursday evening which was eventually extinguished several hours later by fire crews from the village and the neighbouring town of Thomastown.

Ash from the fire was carried for several kilometres affecting householders due to wind speeds of up to 20km/h. Concern has also been raised by locals over the environmental and wildlife impact the gorse fires are having.

The blaze on Mount Leinster close to an area known as the Nine Stones, which is still alight, started on Friday with heavy smoke remaining in areas close to the extensive fire. 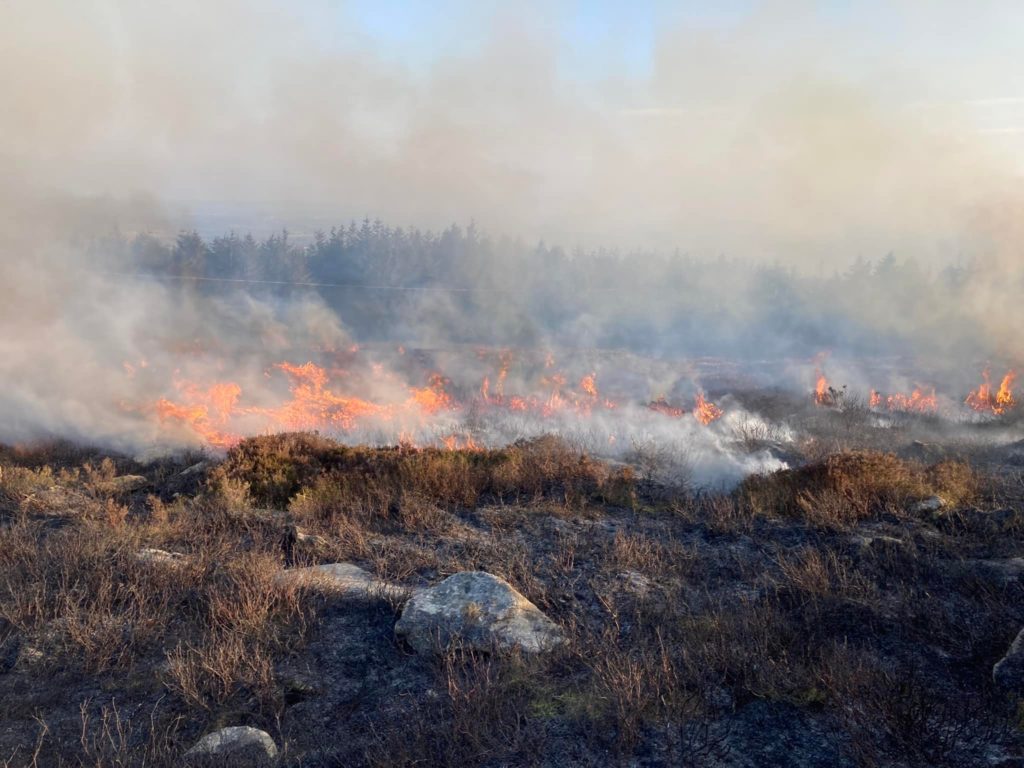 Fire crews in Carlow and Kilkenny have been battling a number of gorse fires over the past several days.

A spokesperson for Carlow County Fire and Rescue Service said: “Gorse fires are taking fire crews away from towns and villages across the county and placing the community at risk.

“After a very busy 24 hours for our fire crews, including attending a number of house fires, car fires, a serious road traffic collision as well as a number of false alarm activation, Bagenalstown Fire Brigade are in attendance at yet another extensive gorse fire on Mount Leinster.

“A number of fires are still burning on Mt Leinster this morning. Heavy smoke in the area. Please refrain from visiting the Mt Leinster area for the remainder of today to allow fire service vehicles to move freely.”

The Department warned that due to current high pressure dominated weather patterns, a high fire risk is deemed to exist in all areas where hazardous fuels, such as dead grasses and shrub fuels such as heather and gorse exist.

In the statement the Department said: “Fire behaviour and rates of spread are likely to be influenced by lower daytime humidity levels and light to moderate wind speeds during the lifespan of this warning”.