Shock and sadness at passing of young Mayo man

Westport GAA Club are leading the tributes today after the death was announced of club hurler Stephen Walsh. 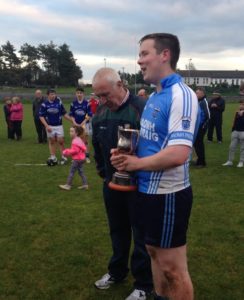 A native of Deepark East, just a stone’s throw from St Patrick’s Park, the home of Westport GAA, Stephen was captain of the club’s under-16 team that won the Mayo county hurling championship in 2014.

The club has said is it “deeply shocked and saddened to hear about the sudden and untimely passing of Stephen” and offered its “most heartfelt thoughts to his parents Martin and Margaret, his younger brothers Ray and Conor, and to his girlfriend Leah” as well as his extended family, work colleagues and many friends.

Stephen’s brother Conor only this week was on international duty as goalkeeper with the Republic of Ireland U17 team and is a member of the U19 and senior squads at Sligo Rovers FC. The Northwest club have also issued a statement saying they will support Conor and his family at this difficult time.

Funeral arrangements are yet to be announced.