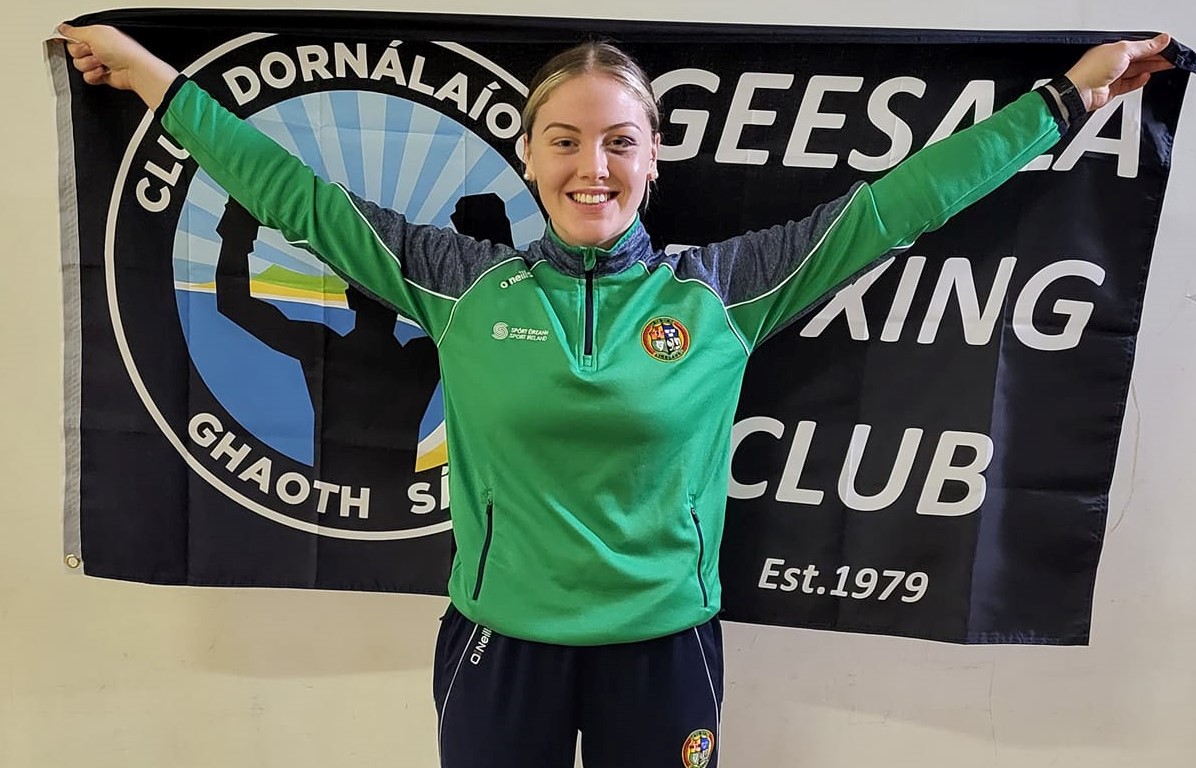 A talented young Mayo boxer is aiming to capture a European crown this evening.

Aoibhe Carabine, from Geesala Boxing Club, is representing Team Ireland and fighting for a gold medal in the EUBC U-22 European Boxing Championships in Croatia.

Aoibhe cruised through her semi-final at the weekend and takes on a Ukrainian boxer in the final later this evening. She is guaranteed at least a silver medal but the determined Erris woman will be battling to bring gold back to the barony.

The skilled pugilist previously won a European youth championship and has numerous national titles to her name.

“It’s a great honour for us and for Mayo to have a young girl from here in a European final. The whole of Erris and the whole of Mayo will be cheering for Aoibhe,” said Gerry Coyle from Geesala Boxing Club.

Aoibhe’s fight can be viewed later via the link below. She boxes in the evening sessions that get underway at 5pm. Aoibhe is the second scheduled bout which is likely to take place around 7pm.