The USA native leading Mayo and Ireland by example 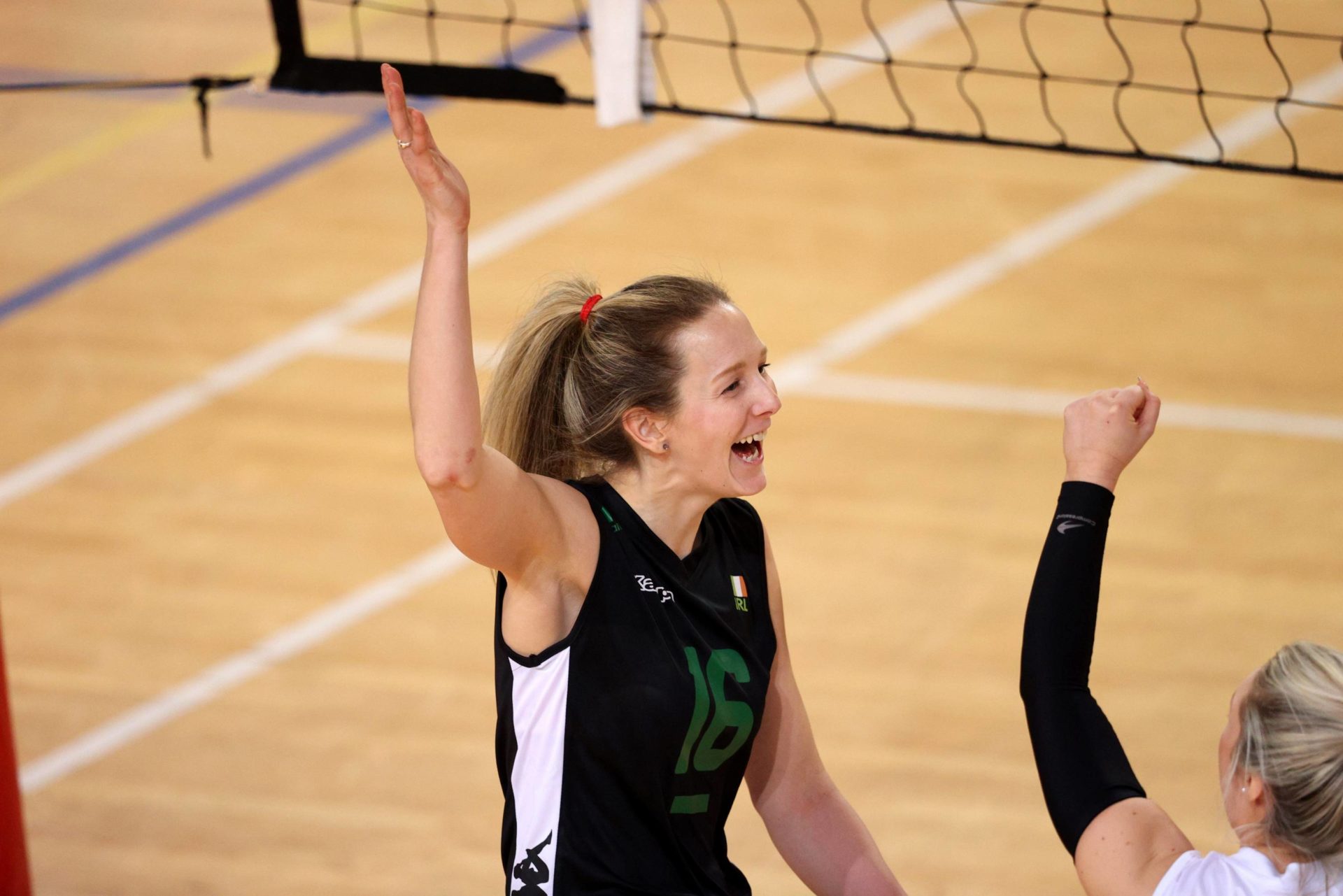 Mikal Boyle celebrates a Republic of Ireland point during their clash with Northern Ireland in the St Patrick’s Challenge at Abbotstown last Saturday. The Mayo volleyball star was captain of the Irish team. Pictures: INPHO/Evan Treacy

The Republic of Ireland senior women’s basketball team took on Northern Ireland in an international friendly at the National Indoor Arena in Blanchardstown last weekend, and leading out the Republic’s team for the encounter was one of the founding members of Mayo Volleyball Club.

Mikal O’Boyle from Knock has been a driving force behind Mayo VC since it was established six years ago, serving as organiser, administrator and coach within the club while also playing a starring role on the court for the Mayo VC senior team, who compete in the National League.

Shortly before Covid-19 struck, Mikal tried out for and earned a call-up to the national team. The lockdown unfortunately meant all volleyball activity effectively ceased for the better part of two years but the last few months have seen a welcome resumption.

Last Saturday’s match was part of the St Patrick’s Festival organised by Volleyball Ireland, in which teams from the Republic and the North faced off in four matches over the course of the day, at under-19 girls, under-20 boys and senior men and women.

“It was a really big event and it went down really well,” said Mikal after the event. “There was live-stream on YouTube with slow-motion playbacks and commentary and everything, it was fantastic.”

It was Mikal’s first time captaining Ireland; she had previously served as vice-captain but when the regular captain was ruled out with a shoulder injury, she stepped up to the role. She certainly played a captain’s part on the court, earning the Most Valuable Player award as the Republic recovered from losing the opening set to take the best-of-five match by three sets to one.

Playing at international level is a great honour but also a serious commitment; Mikal has to travel from her home in Knock up the country for one full weekend of every month to train with the national side.

Mikal is one of the only players from the north-west on the national team, with the majority coming from Dublin and Kildare, and a handful coming from Clare. The game last Saturday was the last competitive test for the team, and their coach Mark Delahunty, before they head to Iceland in May to take part in an international tournament against the host country, the Faroe Islands and Scotland.

Alongside training with the national side, Mikal still plays a key role in her local club. She and Claremorris native Edel Nolan were the founding members of Mayo VC back in 2016, the two having previously played together for Galway VC in the National League.

“We said, wouldn’t it be great to have it Mayo?” Mikal recalls. “Then I had a few girls from Charlestown ask me if I would coach them in volleyball, because there were no other sports that they felt like they wanted to play. That’s how it all got started. 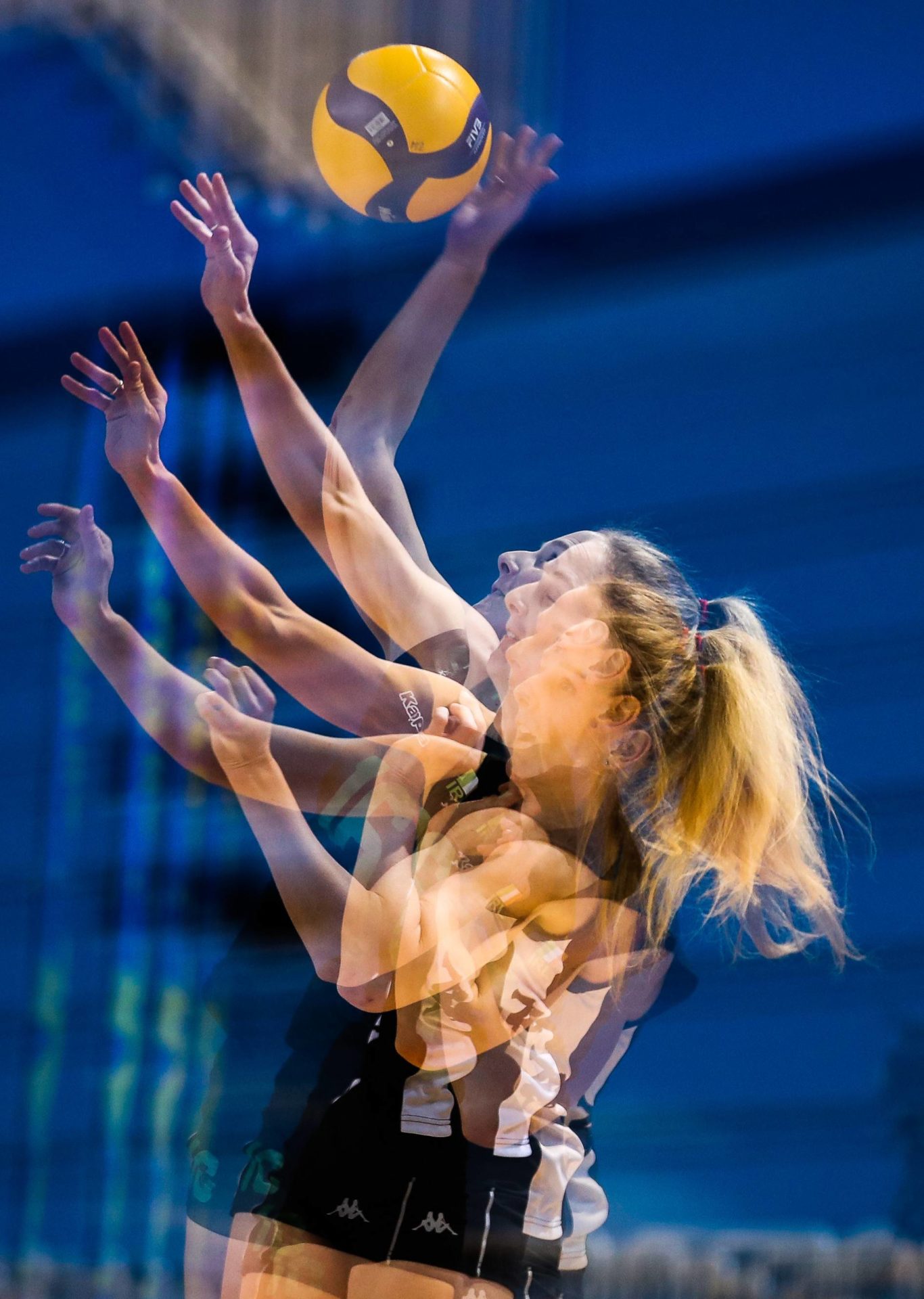 An image of Mikal O’Boyle climbing high at the net for Ireland.

“I had never coached before but I said I’d give it a go and see how it went. It’s really taken off. I have to give loads of credit to Kevin Concannon and John James Fleming because without them it would have been really hard to keep the numbers up. They’ve been great for bringing in girls and helping with the coaching.

“Covid was really hard,” she continued. “We weren’t able to participate or train in any way for a good while. But we’re back and running now. Our senior team trains on Wednesdays and then on Monday, myself and Kevin Concannon and John James Fleming have been coaching the 8 to 18-year-olds. We started training the kids to create a bigger feeder system into the club.”

The response to the underage training has been terrific, with players coming from places like Kiltimagh, Claremorris, Barnacarroll and Mayo Abbey to participate. Mayo VC’s first-ever under-10 team recently made their competitive debut at a blitz in the University of Limerick, where they went up against teams from around the country. The club also fielded an under-15 side at the same event.

The club has benefited from a productive working relationship with a number of secondary schools around the south and east of the county, as Mikal explained.

“Edel Nolan is coaching in Mount Saint Michael in Claremorris, so she has them in the school and then I have them with the club. Lisa McGreal is PE teacher in Kiltimagh so she’s coaching the girls there. We’re all working together on the same team,” she said.

“And Kevin Concannon has taken up his own group for training in Ballyhaunis: they call it Volley-Haunis!”

Mayo has a strong heritage in volleyball, particularly at schools level, and it’s a sport Mayo VC are happily revitalising.

“A lot of the girls on our senior team would have won All-Ireland medals with their schools in the past, so it’s been great pulling in some of those girls from the past and refreshing it with younger players,” offered Mikal.

Mikal herself is a native of Indiana in the US, and played volleyball to a high level in the States, competing at inter-state and national level and playing for four years in college. She came to Ireland to study abroad for a year in NUI Galway, where she met her now-husband Adrian, a native of Claremorris.

“There was no looking back after that!” she laughed. They live in Knock with their three children.

Looking ahead, the Mayo VC senior team are hoping to re-join Division 1 of the National League when the new season begins this September and to continue their sterling development work with their underage teams, while Mikal is looking ahead to Iceland in May and continuing to excel in the colours of her adopted homeland.