Mayo head for Omagh with revenge on the mind 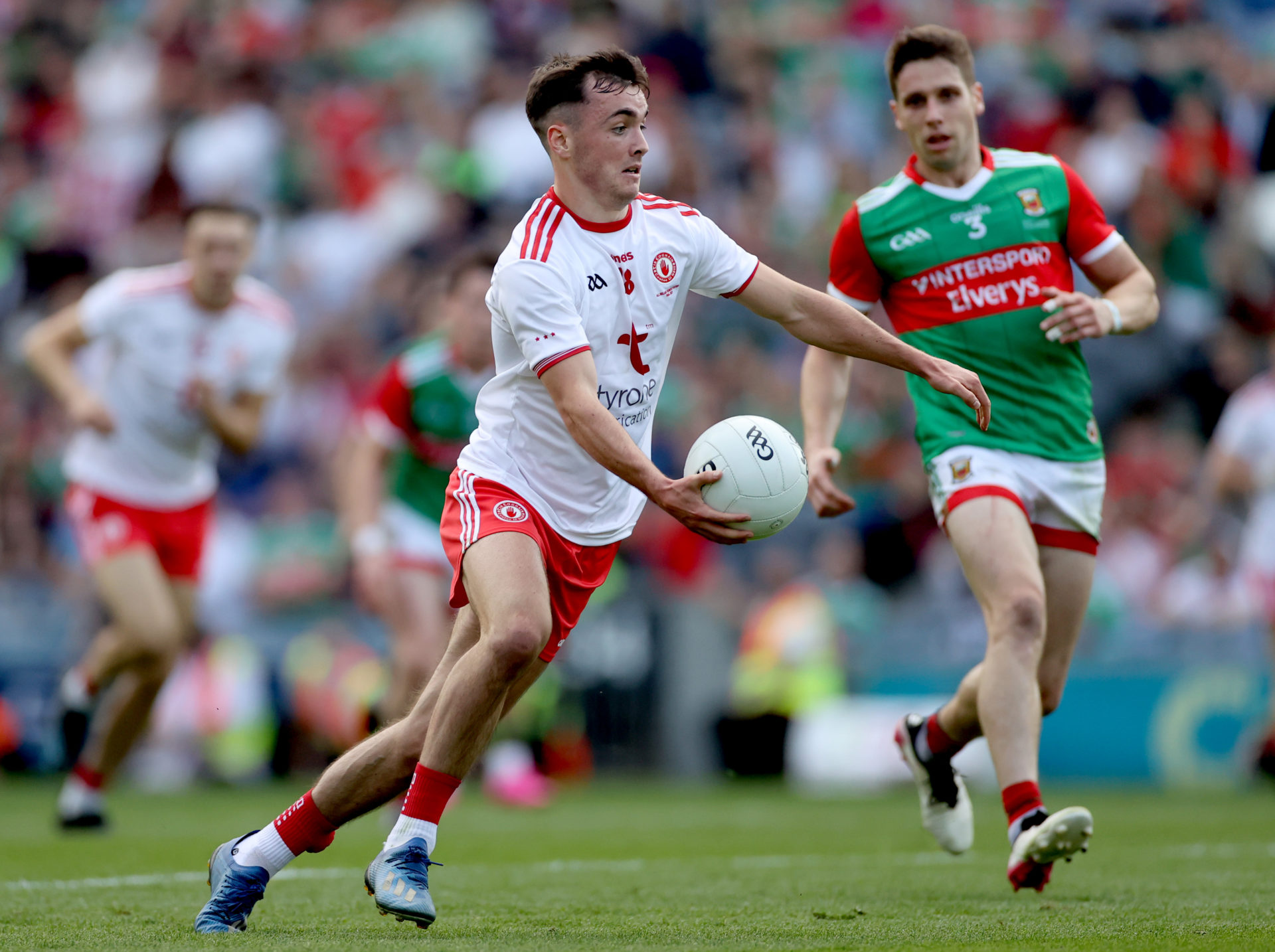 Tyrone’s Darragh Canavan and Mayo’s Lee Keegan in action in last year’s All-Ireland final. The counties will meet for the first time since the All-Ireland in Omagh on Saturday evening . Picture: INPHO/James Crombie

The sprint finish to Division 1 of the National League continues on Saturday evening as Mayo travel to Omagh for the penultimate game of the campaign. Following on from their first loss of the season in Tralee last weekend, Mayo will be aiming to get their push for a place in the league final back on track against Fergal Logan and Brian Dooher’s side.

This will, of course, be the first meeting between Tyrone and Mayo since last September’s All-Ireland final. The legacy of that match has dominated the build-up this week and you would expect a big performance from a Mayo side who feel they have some demons to exorcise after their underwhelming All-Ireland display.

Tyrone were also defeated last weekend, losing at home to Dublin on Sunday afternoon by 0-13 to 0-8. It marked the Red Hand’s third defeat of the campaign and has left the Ulstermen firmly entrenched in the relegation mire with two games of the season remaining, joint-second-from-bottom of the table with Kildare and with just three points garnered from a possible ten. With a trip to Fitzgerald Stadium to face a flying Kerry side awaiting them in the final round, Tyrone will feel as if two points at home on Saturday are absolutely vital if they are to avoid the drop.

This has not been a good league for the All-Ireland champions. After earning a gristly draw with Monaghan in the opening round, they were well-beaten by Armagh and only just squeaked by Kildare by a single point in Round 3. There followed successive defeats to Donegal and Dublin, leaving Tyrone staring down the ignoble prospect of becoming the first reigning All-Ireland champions to be relegated from the top tier of the next league season since the fate befell Donegal in 2013.

There are some mitigating circumstances to Tyrone’s poor early-season form, to be fair. The senior panelists didn’t return from their All-Ireland holiday to Florida until early January, leaving a shortened preparation window in which to right themselves for the league. They are also without several important panelists from last year, with as many as six of the 2021 squad – Tiernan McCann, Mark Bradley, Ronan O’Neill, Hugh Pat McGeary, Michael Cassidy and Lee Brennan – all having opted to step away from the camp for one reason or another.

Injuries have also taken their toll. Cathal McShane was unavailable for the early rounds and only made his first start of the campaign against Dublin last Sunday. Mattie Donnelly has also missed game-time after injuring his shoulder against Armagh in Round 2 – the veteran forward hasn’t featured since and it’s unclear whether he will be fit to play a part against Mayo.

Some of the absentee issues have been of their own making. Four players – Padraig Hampsey, Kieran McGeary, Michael McKernan and Peter Harte – were all suspended for one match after being sent off en-masse for their roles in a brawl against Armagh, although ironically enough, the next game against Kildare, with their resources spread paper-thin, was the one game Tyrone have managed to win so far in this campaign.

That said, some players have still impressed. Darragh Canavan has assumed a starting role after being used predominantly as an impact sub last season and the youngster has performed well, while the likes of Conn Kilpatrick, Conor Meyler, Niall Morgan and Darren McCurry have all fronted up well in what has been a testing spring for the Ulstermen.

Mayo’s recent record in Healy Park is a strong one. Since 2010, they have played four times in Omagh in Division 1 of the league and emerged on the winning side on three occasions, in 2010, 2017 and 2019, the sole defeat in that span coming in 2014. The overall record against Tyrone makes for less encouraging reading; on the four occasions since 2013 on which the Ulstermen have come to Castlebar, they have never failed to return north with the two points.

The most recent meeting in Healy Park was that 2019 clash in which Mayo posted a dominant 2-13 to 0-10 win against a home side who never really turned up. It was the day Fionn McDonagh announced himself as a senior footballer with a haul of 1-3 while Keith Higgins also got forward for a first-half goal.

The last league meeting between the counties was in the Covid-delayed league of 2020, when a Conor McKenna-inspired Tyrone came to Castlebar and earned a one-point win which officially ended Mayo’s record 23-year stint in the top division of the league.

James Horan has made five changes to his starting team from the defeat to Kerry. Ballaghaderreen’s David McBrien will make his first appearance of the year – and his first start since the league game against Galway in October 2020 – in a full-back line to which Donnacha McHugh has also been recalled.

In the forwards, Fergal Boland has been rewarded for his fine showing in Tralee with a place in the half-forward line while Paul Towey has been named at centre-forward. Jason Doherty has also been restored to the starting side; the Burrishoole man will line out at full-forward with Aiden Orme and Ryan O’Donoghue on either side.

Perhaps the most intriguing of the Mayo changes is the repositioning of Aidan O’Shea to centre-half back. The Breaffy man made his first start of the year against Kerry at centre-forward but will wear the number 6 jersey for the first time in his 13-year Mayo senior career this weekend.

It’s a game in which the stakes are a bit higher than you might expect; a win would leave Mayo with a great chance to reach a league final, particularly with Kildare to come in the final round and two of their closes rivals, Armagh and Kerry, certain to take points off one another when they meet in the Athletic Grounds on Sunday.

But a defeat would leave Tyrone clinging on to their place in the top division. Add the residual bad blood from last September into the mix and we could be in for a cracking encounter on Saturday evening.