The Belmullet footballers have laid out their stall for the 2022 season with the appointment of former Mayo and Roscommon senior football coach Liam McHale as their manager. 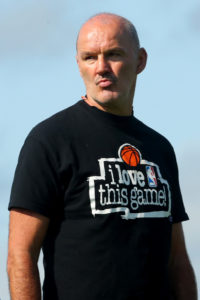 Liam McHale has been appointed as manager of Belmullet for the coming season. Picture: INPHO/James Crombie

Keen to maintain the progress that last season saw them reach a first Mayo SFC final in 40 years, the Erris outfit have turned to Mayo’s former All-Star midfielder to build upon the foundation laid by Damien Mulligan who had also guided them to the county intermediate football championship crown in 2018, the club’s first in 44 years.

Liam McHale spent the past two seasons managing the Athlone senior team, guiding them to a semi-final appearance in the Westmeath SFC in 2020, and prior to that was involved in the management team of Naas in Co Kildare.

McHale, who was also coach to the St Brigid’s team from Roscommon who won an All-Ireland Club title shortly before the provincial and national dominance of Corofin, was announced as Belmullet’s new manager on St Patrick’s Day. Included in his backroom team are Anthony Mills, Henry Gaughan, Adrian Kilker and Fergal Ruane, the team doctor, who McHale is especially familiar with from their time spent alongside each other at their hometown team of Ballina Stephenites.