For the first time in three years, the people of Mayo will be able to celebrate St Patrick’s Day as parades are returning to town and villages across the county.

It was two years ago when the then Taoiseach Leo Varadkar addressed the nation at the onset of the Covid-19 pandemic, noting that it was a St Patrick’s Day like no other and one we would tell our children and grandchildren about. At the time, we thought we would be able to celebrate our national feast day in 2021 but the virus had other plans. Finally, two years later, we are back to some semblance of normality as we can all celebrate St Patrick’s Day again. 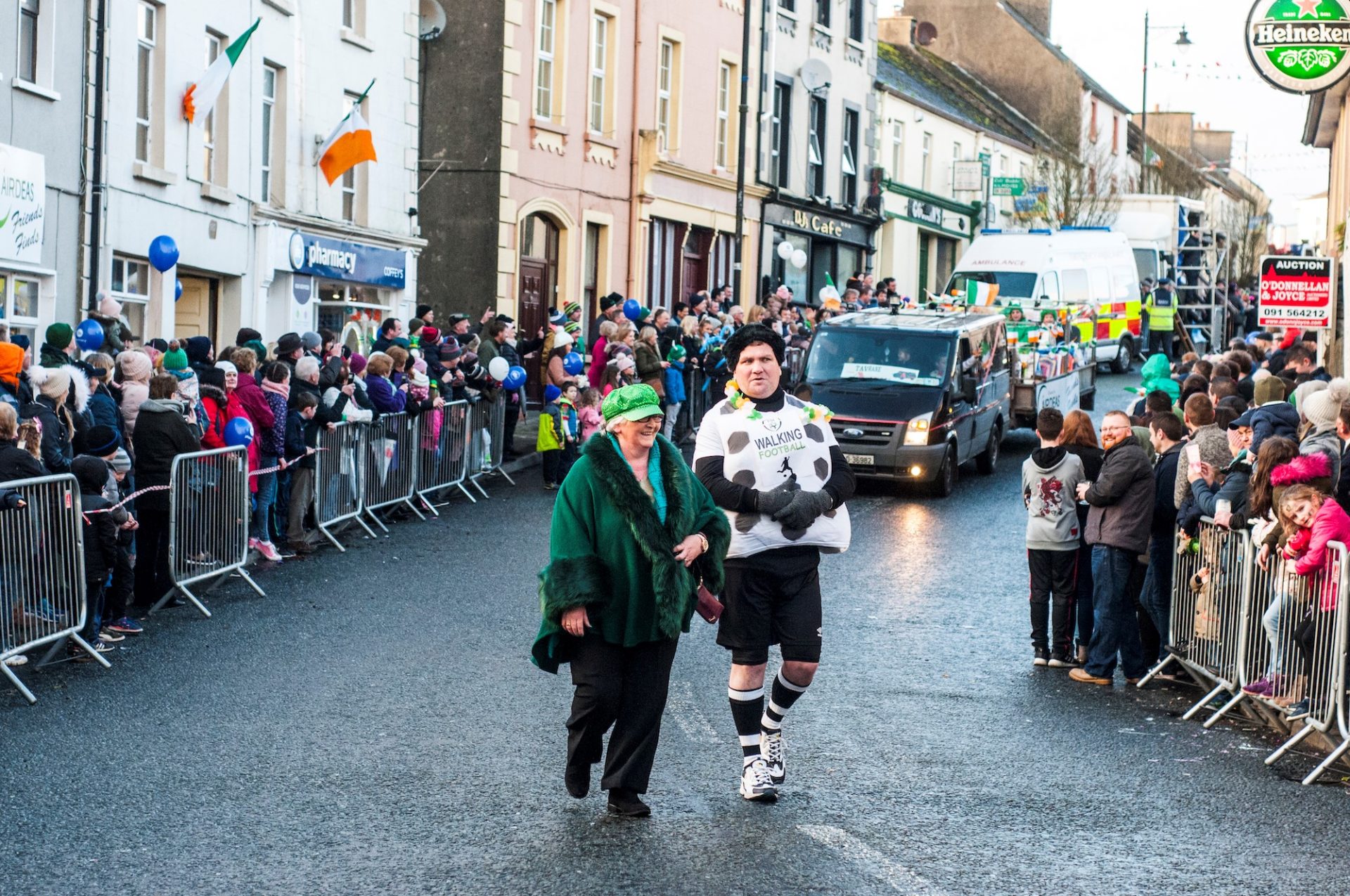 The East Mayo town of Kilkelly will host its second St Patrick’s Day Parade this Thursday, the first having been held in in 2019

And the good news is that the weather will be fine. Met Éireann is predicting that high pressure will bring mild, dry and sunny conditions for St Patrick’s Day, as well as Bank Holiday Friday, but the nights will continue to be cold and frosty.

Ballina will be alive with music, colour, tradition and history, as they celebrate the great community groups, sporting clubs, businesses and those who give selflessly to help the community. Apart from the parade, there will be a children’s funfair in Market Square from 2-7pm and a fireworks show over the Salmon Weir Bridge at 7pm.

Crossmolina will celebrate St Patrick’s Day with the spectacular Festival of Lights and the Electric Light Parade. The parade will take place at 7.30pm. Floats, cars, tractors, trucks, buses, marching bands and children from the local schools will parade altogether along the main streets decorated in a selection of lights and effects for the event.

Belmullet will also host a parade beginning at 3pm. There will be music and dancing in the Square from 2pm.

In Castlebar, the theme for this year’s parade is “Positivity and Inclusiveness”. The parade will start from McHale Road at 2pm on St Patrick’s Day, and will take the usual route through the county town. Volunteers and marshals are needed to assist on the day.

In Westport, the theme for their St Patrick’s Day parade is “Climate Change – Save Our Planet”. The parade will commence at 1.30pm and schools, sports clubs and voluntary organisations are being invited to participate. Those wishing to get involved can do so by contacting the Westport Town Hall Theatre.

The Newport St Patrick’s Day Parade will take place at 2pm with colourful floats and a marching band will parade along the town streets. There will also be a large range of post parade activities such as ceol, damhsa, fun and street performances.

Louisburgh will be holding a parade with the Louisburgh Horse Show holding a cake sale in the Town Hall at 12pm. The parade starts after 11.30am mass at St Patrick’s Church.

On Achill Island, a traditional pipe bands take a central role in this celebration by marching from village to village since 1882. Visitors will enjoy a special day out following the Achill pipe bands, pausing for refreshments of course and taking time to spot the spectacular scenery of Achill Island.

This year the Dooagh Pipe Band is celebrating its 75th year of music and tradition. A series of events to mark the occasion will take place over St Patrick’s Day and right throughout the weekend, beginning at 8am.

In Ballinrobe, the parade will begin at 3.30pm on the Kilmaine Road by the Water Towers. The theme is “Celebrate our Community – Past, Present and Future”. Parades are also being held in neighbouring Shrule and Kilmaine.

The Claremorris parade will not be going ahead this year. The committee normally start planning for the event in September but given the situation at that stage with restrictions due to Covid-19, they decided that the timeline meant it was too late to start organising it in February but are looking ahead to 2023 when they will have plans for a parade in place.

Charlestown will begin their parade at 1pm with organisers calling on all participates to meet at the CBD Sports Complex at 12pm.

Kilkelly is hosting a parade with, ‘Have a Laugh’, being the unofficial theme this year. It is the second ever parade in the village after hosting one in 2019, but Covid put a halted it for a few years. It will begin at 5.30pm at Kilkelly church, will make its way up through the town through the square and up finishing up a the church again. They plan to host a fireworks display at 8pm in the square that evening. 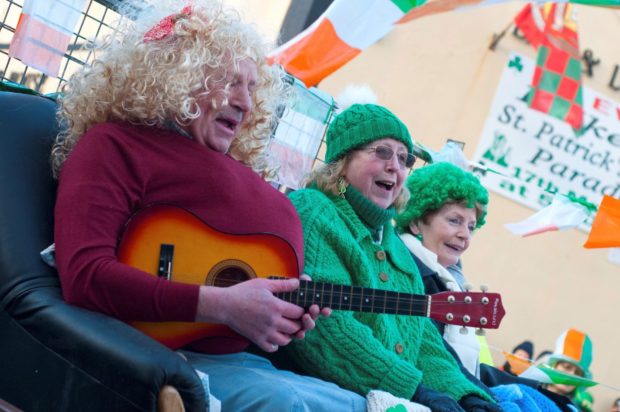 The 2022 Ballaghaderreen St Patrick’s Day Parade will be bigger and better than ever before. The parade will start at 2.30pm, coming in from the Sligo Road and will then travel up through the town, with stops at the square for performances. This year’s theme will be “100 years of Irish Independence – Rolling in the years”.

Don’t miss next week’s Western People for a special souvenir supplement on St Patrick’s Day in the West.

Calls for a late-evening train to Mayo