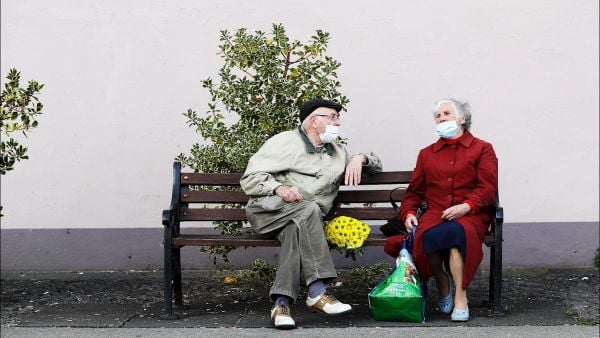 Concerns over financial security and their long-term ability to survive on the State pension are common themes among retirees in Ireland, according to a new survey.

The survey, carried out by home equity release specialist Home Plus, found the likelihood of older people experiencing financial hardship has been compounded by the rising cost of living and heating/fuel inflation.

Respondents to the survey of those aged 50 and older expected to live a minimum of 20 years after retiring from full-time work, with the average age of retirement amongst those surveyed 62 and most expecting to live to around 86 years old.

However, many reported concerns over surviving financially on the State pension or over an inadequate level of savings through a private pension scheme amid growing life expectancies.

“We have a lot of experience dealing with older people and the financial difficulties that they can encounter,” said chief executive of Home Plus Ian Higgins.

“Since relaunching in the market, some of the common issues we have noticed that our customers face, and indeed their reasons for selling a share in their home for a cash lump sum, is to be able to live a meaningful, happy life in retirement in their own home.

“Many retirees have to rely solely on the State pension, or they haven’t been able to adequately plan for how long their retired life will be.

“There has been a huge shift in retirement age versus life expectancy in the past few decades – people are living for longer but may not have accounted for this financially.”

Some 79 per cent of those surveyed were already retired, with the vast majority of the remaining 21 per cent expecting to retire within the coming 10 years.

Of this cohort, the most popular reasons for remaining in the workforce were being self-employed, uncertainty about an ability to live on the State pension alone and the desire to work as long as possible.

Of those surveyed who had already retired, the most common reason provided for leaving the workforce was being forced out by contract, with some respondents reporting they then had to avail of the €203 unemployment payment before receiving their State pension.

“There is a huge preconception that older people are ‘done’ when they retire, which is far from the truth,” said Mr Higgins.

“When they retire, older people need to be able to participate in the community and one of the biggest barriers to that is the absence of money, or the worry that spending money may leave them short in the future.”