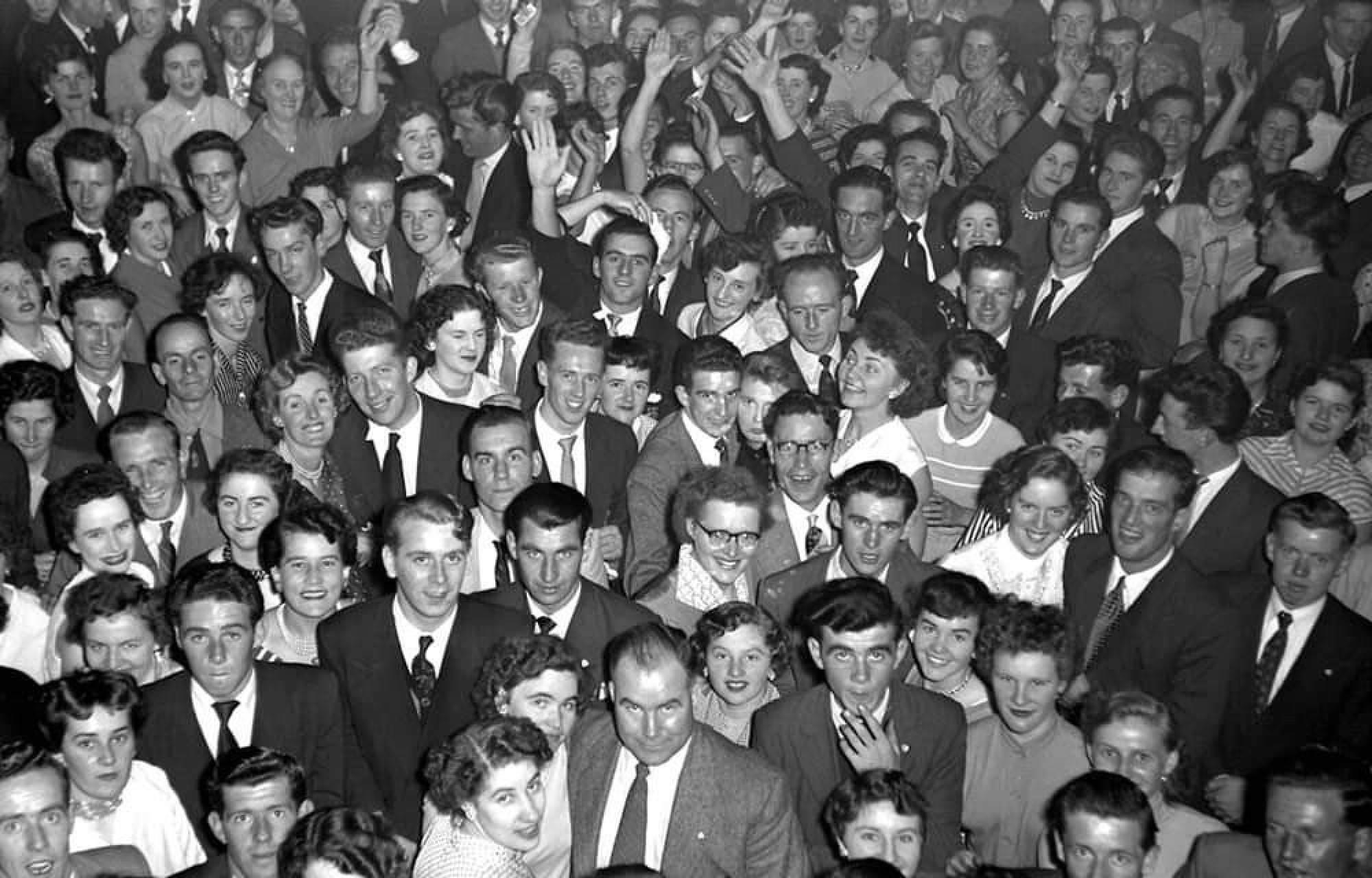 Faces in the crowd at the legendary Galtymore in Cricklewood, which was a meeting place for countless Irish emigrants in London in the post-war era.

The generation who emigrated from Ireland in their droves during the post-World War II era were truly remarkable and must never be forgotten, writes JAMES REDDIOUGH

The young people who left these shores from 1946 to 1971 must never be forgotten.

They were mere teens when they left their homeland in search of a better life in England or Scotland or indeed further afield in America or Canada. Some even left for far-off Australia.

They had very little experience of life outside of the communities where they were born and raised, and they had little in the way of formal education other than primary school. Consequently, many of the emigrants had no qualifications other than the primary certificate and some did not attain that because they left school early due to the harshness of teaching regimes in those days.

Yet education is no measure of the person. These young people were made of sturdy stuff. They had worked hard on the farms and the streets of their homeland before they left and were no strangers to hardship and hard graft. This prepared them well for the hard life they would endure on leaving home and working in the big cities of England and further afield.

They were put to hard work at an early age and knew from their earliest days that there was very little future for them at home due to the scarcity of well-paid employment. Many of them worked for less than scrupulous farmers and shopkeepers who would expect them to work long hours for very little money so there was no option but to seek employment on the fields and in the factories abroad, usually in the United Kingdom.

There was the long train journey to Dublin for the country people and then the equally arduous journey by boat across ‘The Pond’, often in hard conditions because there were none of the comforts of modern sailing. And yet with the fiddle and accordion, they would sing and dance the night away whether they were going or coming back. They loved to come home at Christmas and during the summer and would be in high spirits as they made the journey home for a short while once or twice a year. But they would be lonely on their return.

Those young emigrants sent pounds upon pounds home to their families, thereby boosting the local economies in towns and villages all over the West of Ireland.

They earned their money by the sweat of their brow and knew what it was like to be up at early hours in the morning to start work and pay their way whilst the government at home in dear old Ireland was indifferent to them. They would send home what they could and this made their parents very proud when they would tell the neighbours how much their Johnny or Mary had sent home that week – this was especially the case at Christmas or Easter time when they would muster together as much as £100 to send home to make things easier for the folks at home. There were dollars from the United States too, and for some reason, there was more thought of the dollars than the pounds even though the latter were worth more!

There was a parish priest in Bonniconlon back the years during the 1950s and he would hold a retreat for the men and boys who were going to work in the fields of England. This was so they would not forget the faith. This was something the young people did not do and they continued to attend Mass. They also held onto the culture of their native land and promoted Gaelic Games, Irish music, dance and song.

Many integrated with English society but they held their own culture dearly too. The Irish centres in each city were a sign that the people had held to their culture and belief in all things Irish. The people would meet from different counties at the centres and sing, dance and listen to music. These parish halls were usually run by the clergy and committees and they made the newly-arrived emigrants feel at home, especially as the older emigrants would take them under their wing so to speak.

English employers were good to work for and they never discriminated against people from Ireland. It was a fair day’s pay for a fair day’s work and this was the way it had to be. It was not always the case in this country where people were expected to work for nothing if the employer could get away with it. There was a strong meitheal system and this was carried across the Irish Sea by the young emigrants who always rallied around to help each other when the need arose. The spirit of fundraising for those who suffered some misfortune was a good example of this.

With the advent of the 1970s, there was a reduction in the number of young people leaving Ireland. There were new opportunities arising with the coming of industries and the benefits accruing from the introduction of free secondary education in 1967. People were now heading for Dublin and the other cities and were not going to England in the same numbers they had in previous generations.

Those emigrants who left Ireland in their droves between 1946 and 1971 were splendid young people who made good in their adopted land. Some of them never returned but many others came back to live here and raise families from the 1970s onwards.

There were others who did not do so well and yet they did the best they could. Many of them have gone to their eternal reward. Gather them together now and remember them with gratitude.